On Sunday, June 26th, a Chinese freighter became the first ship to pass through the recently completed Panama Canal expansion. The expansion went over budget reaching 5.25 billion dollars and was two years behind schedule, but it has finally been completed and it is expected to handle a greater volume of shipping traffic and bring a large increase in revenue to Panama.

The scope of this expansion is incredible. The Panama Canal is one of the greatest feats of geotechnical engineering in the world and the expansion has proven to be just as extensive. The amount of soil excavated could fill the Great Pyramid at Giza twenty-five times over and twenty-nine Eiffel Towers could be constructed with the steel used. The Empire State Building lying on its side would fit into one of the locks. The size of the locks was increased in this expansion in order to accommodate massive neo-panamax ships which were too large to pass through the old locks. The locks have been widened from 110 to 180 feet and have been increased in depth from 42 feet to 60 feet.

With the new expansion, a ship from the Gulf area bound for Asia could shave 5000 nautical miles and two days off its journey. In the past seven years, the weight of cargo passing through the canal has increased by 60%. Shipping costs could be greatly reduced by the canal expansion. Cargo from Asia bound for the east coast of the US would often have to land on the west coast them be transported by train or truck at great cost. Now that larger ships can be accommodated by the Panama Canal, these ships can now efficiently dock on the east coast without traversing all the way around South America.

Countries exporting products overseas are not the only ones that will benefit from the expansion. The canal is attracting foreign investors and creating many new jobs and the Panamanian government which owns the canal will receive increased revenue from its operation. Currently, the Panamanian economy is growing at a rate of 6% per year and the International Monetary Fund estimates that it will continue to do so for some time. With the revenue generated by the canal, Panama is expanding its infrastructure as well. Construction has begun on a 2 billion dollar second metro line and a third line is in the planning stages.

While the canal expansion has been a great success, it has had its share of problems. Arbitration between Panama and the hired European consortium in charge of expanding the waterway cost time and money though the results were in favor of Panama. In addition, leaks in the cement walls of the locks required immediate repairs. The operation of the canal puts great strain on the surrounding supply of fresh water which is necessary to operate the locks. Three retention basins were built to exchange water with the locks. These basins allow up to 60% of the water to be recycled and reused.

Although the project has been completed over budget and behind schedule, it was well worth the cost and wait as it will have a positive impact upon the global economy. 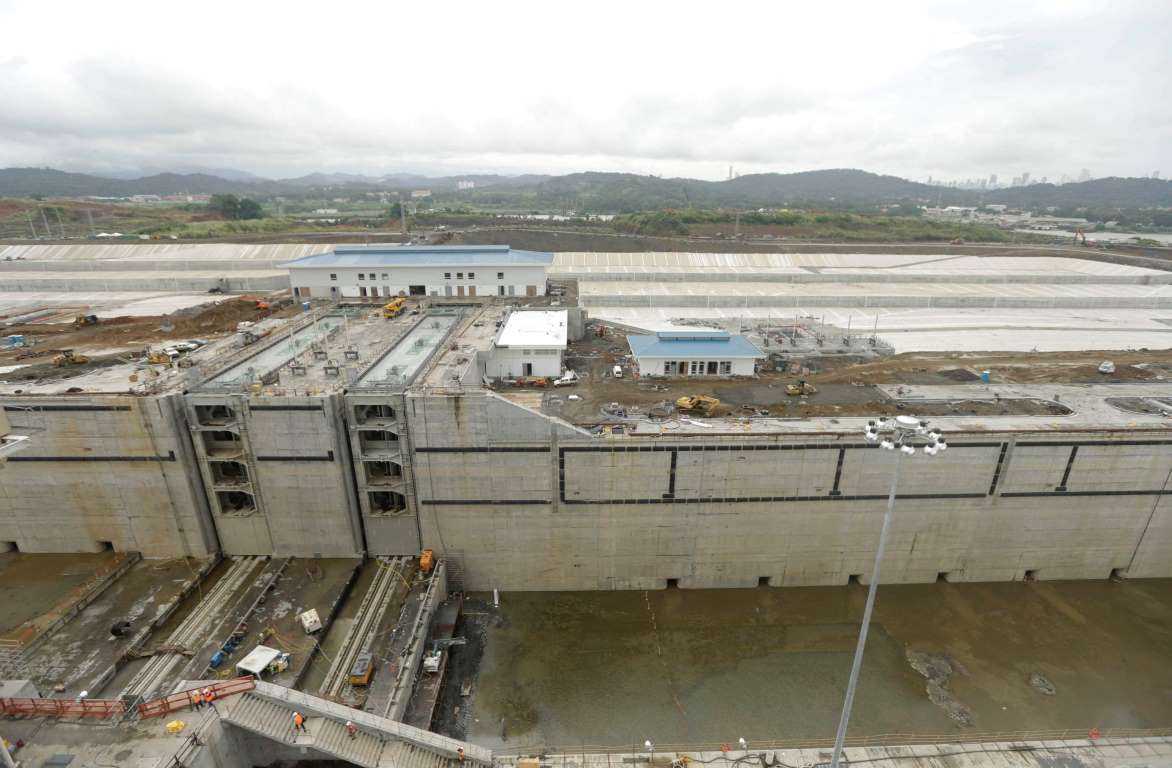 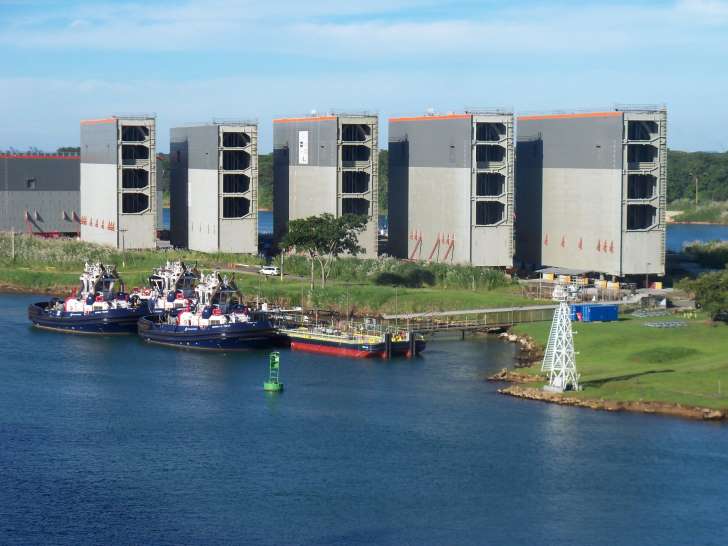 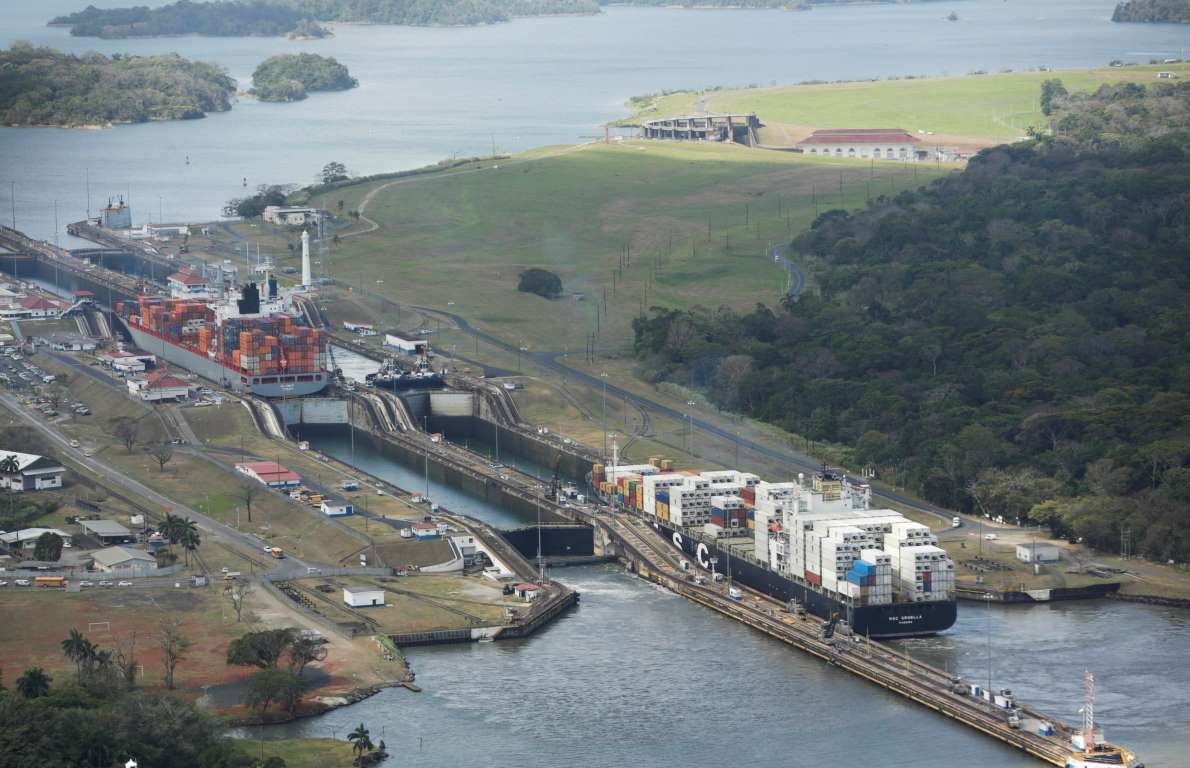 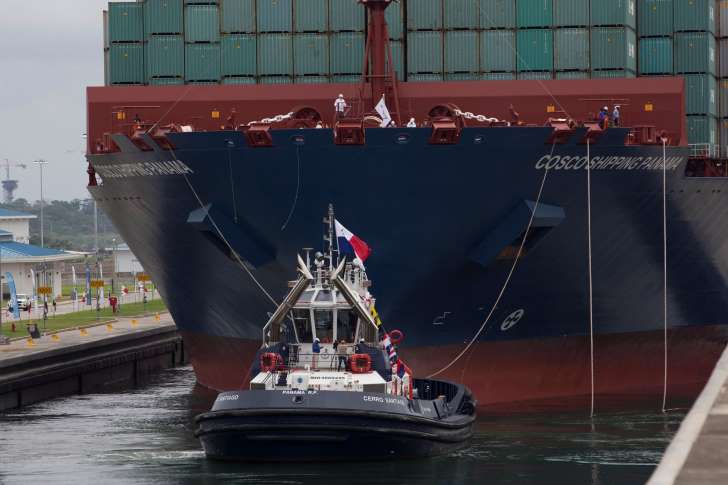 At the beginning of 2014, the Panama Canal Authority (ACP) and the consortium responsible for buildi...

Panama: Water Flow In The Second Section Of The Canal

Corinth Canal in Greece closed due to landslide (video)

Plans have been unveiled to expand the Paris metro system to connect the city with the greater Ile d...

September's issue of the Geoengineer newsletter is out!!

We are pleased to announce the 104th issue of our newsletter. &nbsp;In this newsletter issue, we ar...

Last week, archaeologists made a discovery at the Temple of the Inscriptions in the Mayan ruins of P...

The Indian capital can be now considered, on a global scale, as one the cities where the largest tun...