On Wednesday June 8th, a large sinkhole opened in the middle of Rideau Street in downtown Ottawa, Canada. The hole expanded and consumed three lanes of the road as well as the sidewalk and a parked minivan. Nobody was injured but many businesses in the area have been affected. Due to the ongoing construction of a new transit line under it, the street was open only to busses, taxis, and pedestrians which greatly decreased the amount of traffic on the street.

The exact cause of the sinkhole is unknown and officials are not sure if the construction is related, but it seems that a broken water line contributed to its formation. Much of the soil Ottawa is built upon is Leda clay which is a quick clay and prone to collapse. Similar events have occurred in recent memory. Six years ago, a sinkhole formed in Montreal in Leda clay killing six people. In 2014, a small sinkhole occurred just blocks away from this one due to a broken water main.

Utilities have been shut off to this portion of the city while repairs are underway. Earlier this week, city officials began repairs by pouring concrete into the hole and it has been reported that it has stabilized, but many more repairs are needed before the road can be reopened. 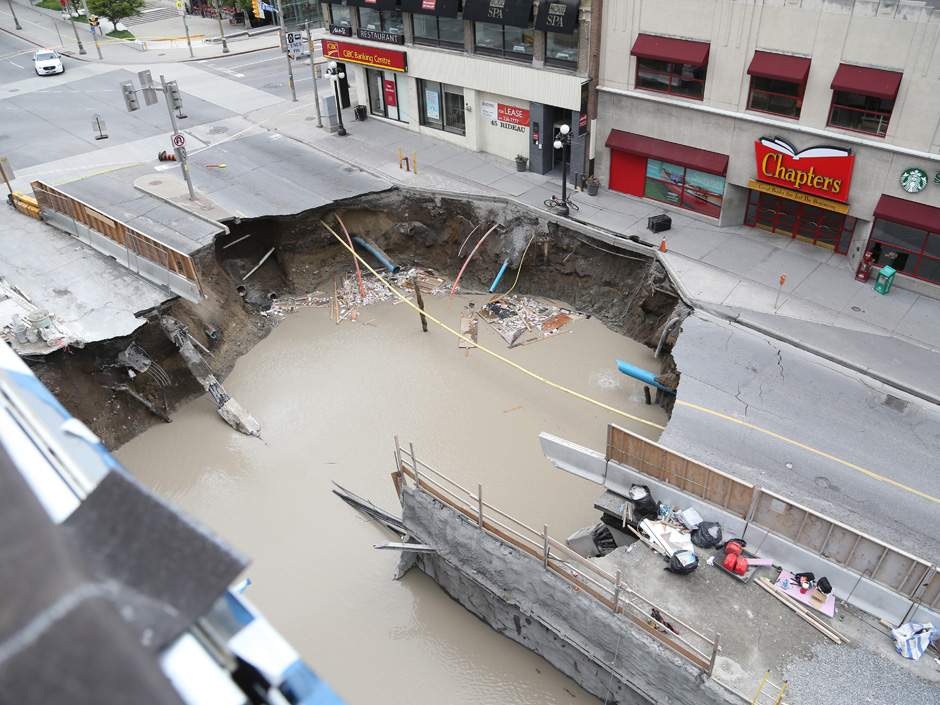 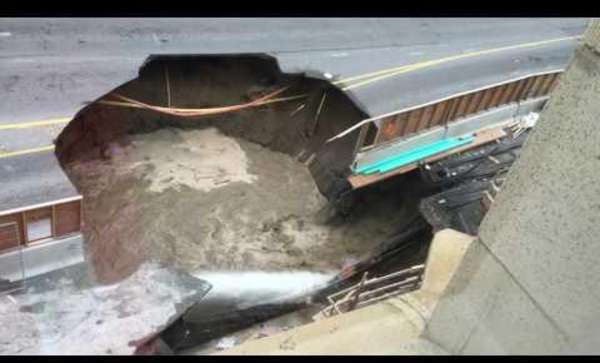 On May 25th, a sinkhole appeared on the side of the Lungarno Torrigiani road running along the Arno...

Bus falls into a sinkhole in Pittsburgh

A 6-meter deep sinkhole suddenly opened up shallowing a Port Authority bus in Pittsburgh, USA.  The...

A sinkhole that opened near Pantheon in Rome revealed an ancient Roman street. The Pantheon is an a...