On May 25th, a sinkhole appeared on the side of the Lungarno Torrigiani road running along the Arno River in Florence, Italy. The sinkhole spanned approximately 200 meters and dozens of parked cars fell into the hole.

The mayor, Dario Nardella, reported that there were no injuries and emergency responders reached the scene immediately. Residents were advised to remove their vehicles from the area and access to the road was cut off. There were initially some concerns that the pavement nearby would be too weak to support the weight of repair equipment, but workers were able to remove the cars and begin repairs.

The cause was determined to be a broken water pipe under the road and not, as some assumed, a leak in the bank of the Arno River. The water supply to the surrounding area was temporarily halted as repairs were made. Bottled water was provided by the city government to these areas. 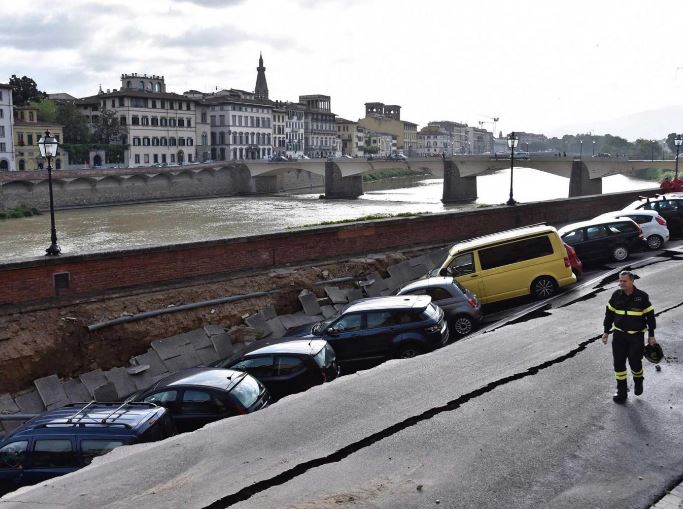 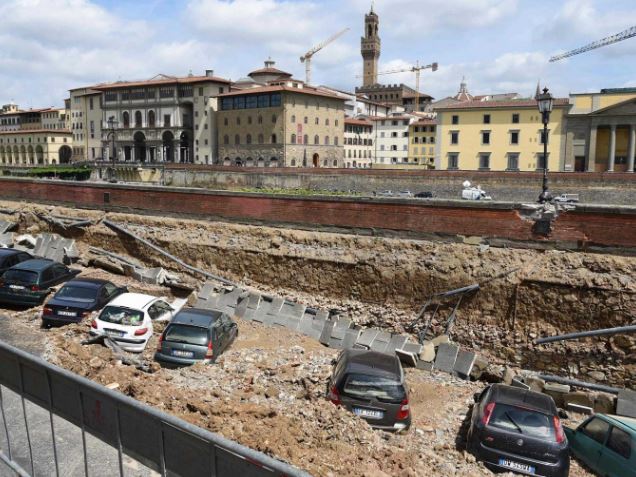 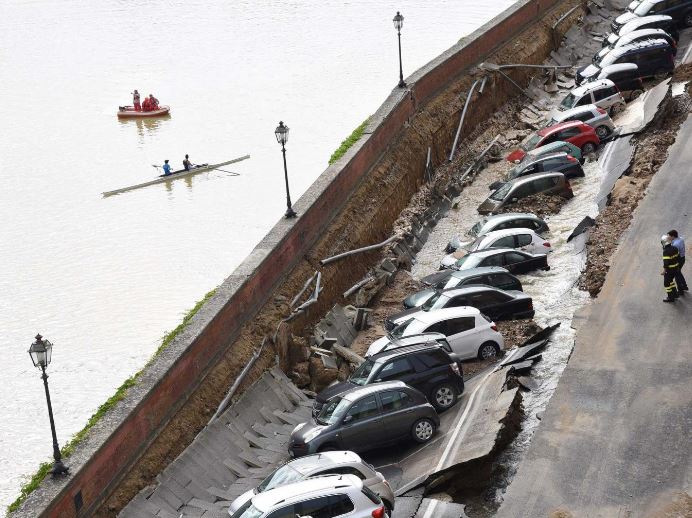 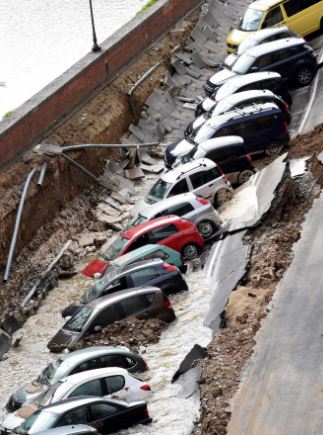 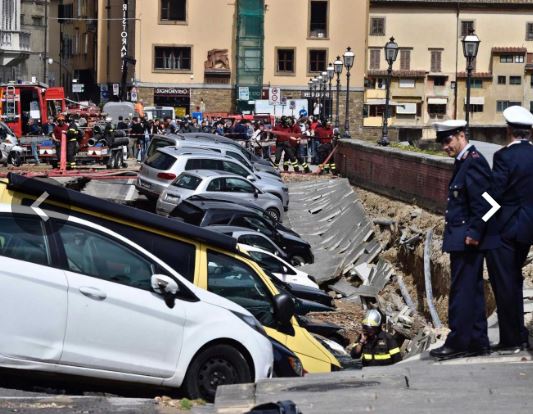 On May 22nd, a sinkhole appeared near a busy intersection in Ruijin, a city in the Jiangxi privince...

On Wednesday June 8th, a large sinkhole opened in the middle of Rideau Street in downtown Ottawa, Ca...

Huge Sinkhole Among Houses In Hertfordshire

Earlier this month on August 2nd, a large sinkhole formed in the backyard of a country home in Ipswi...

A 61-year-old woman was killed when her vehicle fell into a massive sinkhole which was caused by hea...

Bus falls into a sinkhole in Pittsburgh

A 6-meter deep sinkhole suddenly opened up shallowing a Port Authority bus in Pittsburgh, USA.  The...