A mudslide that struck in Telluride, a town in Colorado, trapped at least 40 people including motorists and hikers.

The ground failure occurred on July 27, 2020, at around 2 p.m., in a popular trailing site in Telluride. As a result, debris spread in several roads (including Bridal Veil Road) and trails leading to their closure.

The site is located near the Βridal Veil Falls that are the highest free-falling waterfalls (more than 111 meters) in Colorado. The stunning waterfalls are a tourist destination that attracts people from all over the world.

According to San Miguel County Sheriff’s Office (SMCSO), the mudslide was about 10.5 meters in width and relatively shallow measuring 0.9-1.5 meters in depth.

The causes of the ground failure have not been identified yet but, heavy rainfalls that struck the region could have been the triggering factor. According to the US National Weather Service, the area where the mudslide occurred received more than 50 millimeters of rain during the past few days.

The mudslide swept away vast rock boulders that rolled downwards and impacted the trails and roads. Therefore, authorities clarified that a thorough cleaning operation will be required in order for the roadways to be functional again. Officials stated that the boulders had the size of small refrigerators. Fortunately, there were no injuries associated with the mudslide or the detached boulders.

At least 40 people and 15 vehicles were affected by the landslide due to the road closures. Authorities quickly organized a team consisting of multiple departments including SMCSO officials, Telluride Fire Protection District and Telluride Marshal's Department to aid the people trapped. An Unmanned Aerial Vehicle (UAV) was utilized to search for any other potential victims in the area. Currently, no person is considered missing.

Finally, authorities managed to establish a temporary road from which hikers and drivers were able to drive. "More than two dozen people hiked out without assistance, and approximately 12 vehicles drove down. All other hikers and motorists are safely out of the area," the SMSCO, stated.

According to recent updates, most of the roads had re-opened within the next day. 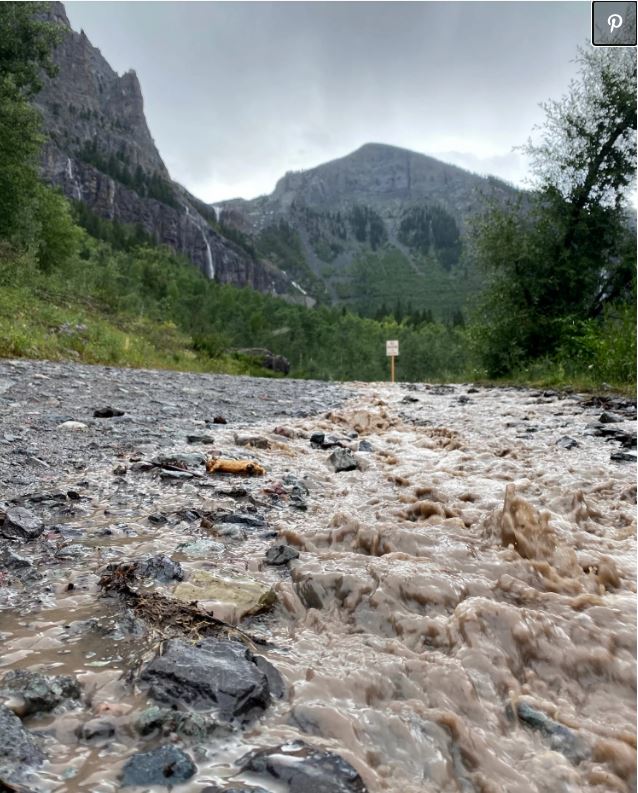 A landslide warning system: India says it's working with UK on prototype

The Geological Survey of India (GSI) in collabora...