Two residences were swept away by a landslide that struck Hardin County, Tennessee.

The houses were located in the Chalk Bluff area, near the bank of the Tennessee River. The structures collapsed following a landslide that occurred on February 15, 2020. The first house was swept away on the same day while the second one gave way the following morning.

Fortunately, there were no casualties associated with the incident. One of the residences was uninhabited at the time of the failure. The other one was occupied but the owners were safely evacuated by Hardin County Fire Department. “[...] so they had called us to come and assess the damage, and they were okay and they were all to get a few valuables out of their house,” Melvin Martin, Chief of Hardin County Fire Department, stated.

According to Hope Philips, a neighbor of 20 years, the owner of one of the houses marginally managed to take some of his stuff before evacuating the building. “So thankful he wasn’t in it. He got out last night. He got a few things of his and that’s all and he had to leave. Two houses had fallen,” Phillips, stated.

Recent information did not indicate any additional structures being in danger. However, a roadway (4810 Glendale Road) is also on the edge of collapse due to the landslide. The road is currently closed and officials are considering re-routing it away from the river. “The highway department is going to evaluate moving the road further back so it is not as close to the edge of the river, so that is definitely going to be before the roads open. They are going to make sure that it is safe to travel and it may stay closed for some time,” Martin, added.

Click the images and videos below to watch the impact of the landslide and the moment one the houses collapsed, caught on camera! 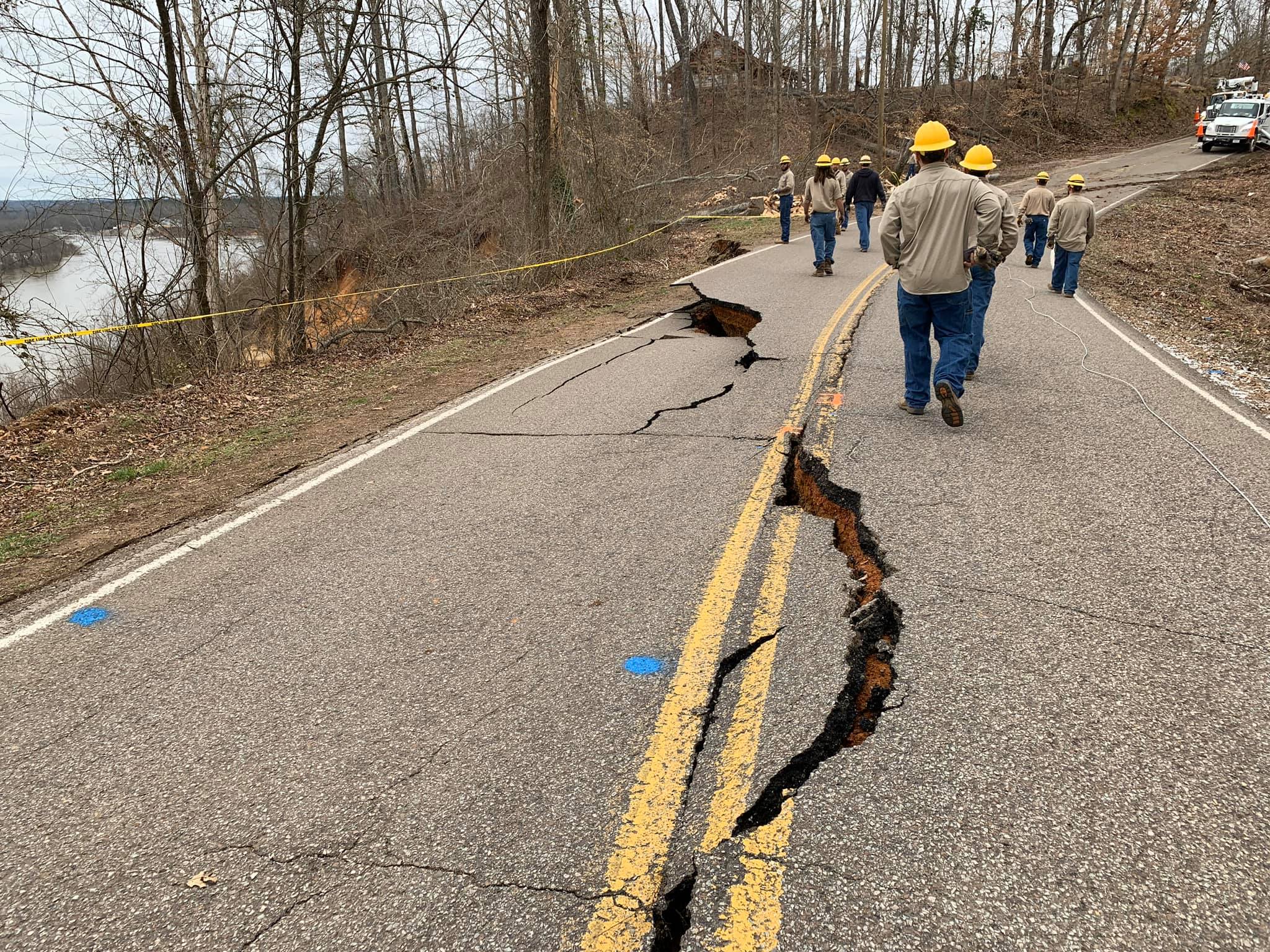 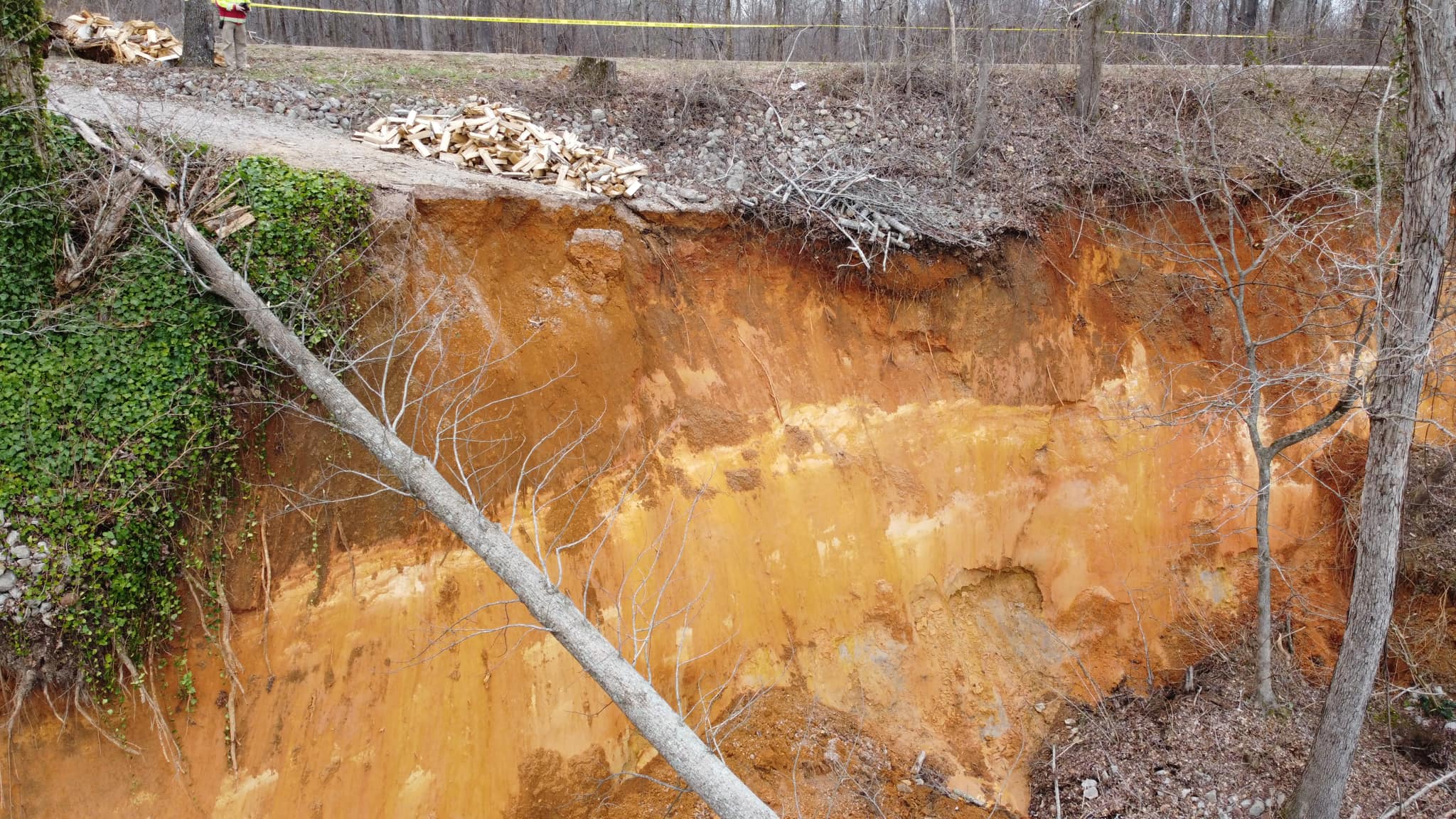 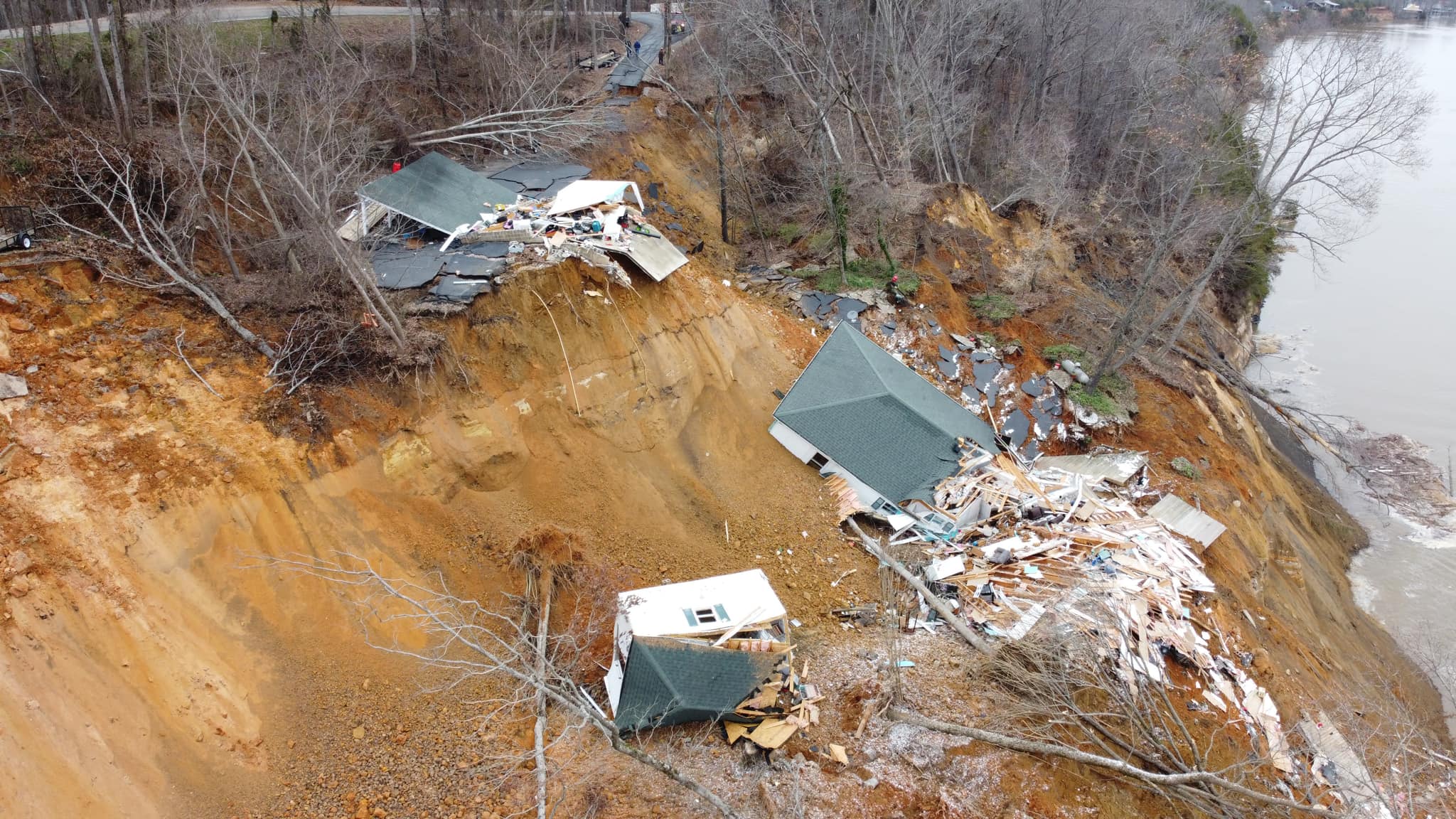 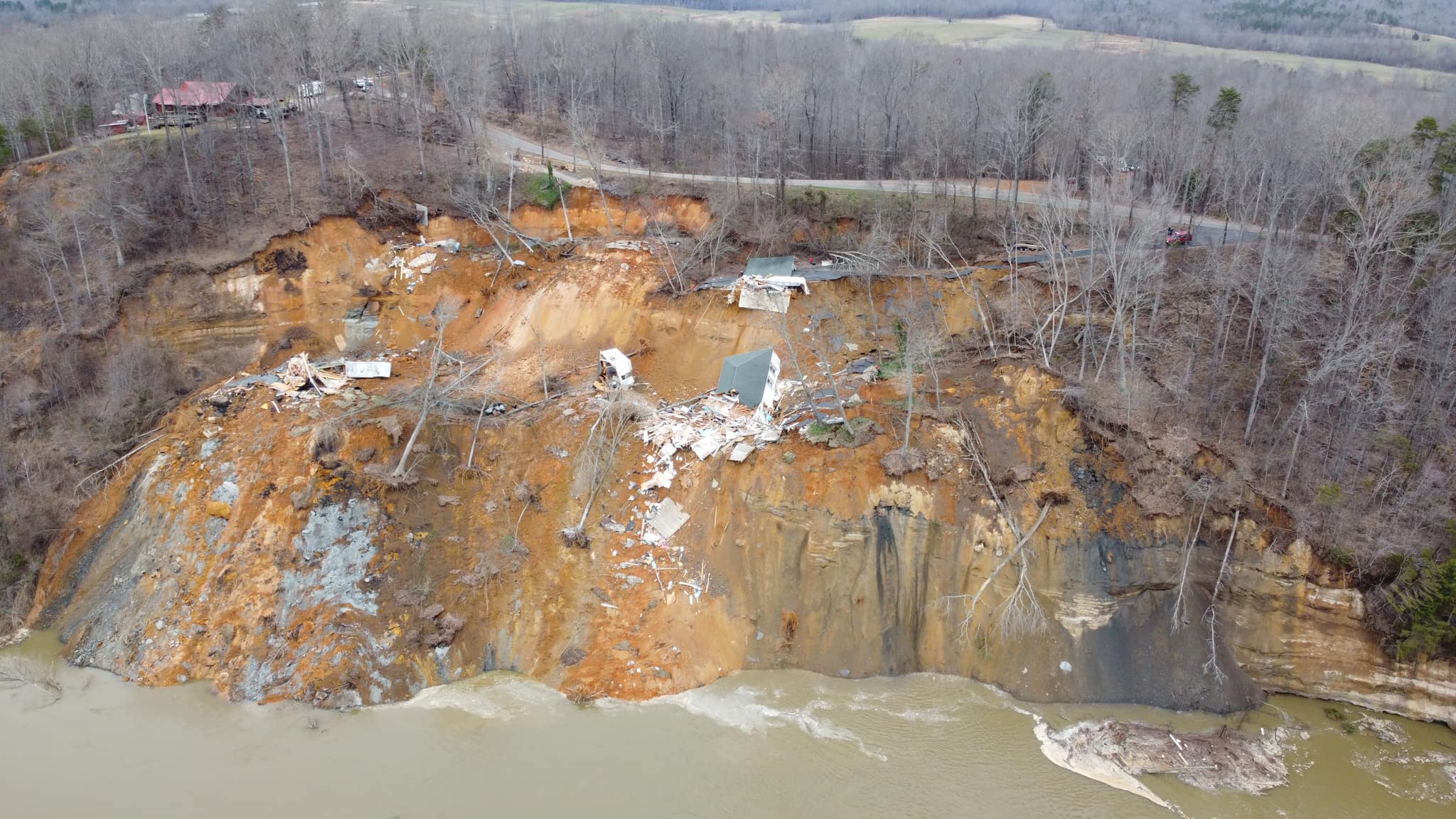 Dam failure due to heavy rainfall in South Carolina

A dam located in Aiken County, South Carolina, burst after a long period of rainfall struck the sur...

Four houses accommodating 12 people have been evacuated after a large landslide struck in the town...

Intense rainfalls in the past days have triggered massive landslides causing havoc in China's Fujia...

A landslide has occurred at 4:15 am on Wednesday morning in Whidbey island. Nobody was killed, but t...

A massive landslide struck the coastal region of Trimingham, a village located in North Norfolk, UK...

A house under construction in Provo is in state οf collapse, due to the landslide that occurred beca...