Four houses accommodating 12 people have been evacuated after a large landslide struck in the town of Waterford, New York State.

The landslide occurred on May 3, 2020, in a residential area, fortunately without causing severe damage to the surrounding structures. However, 3 of the houses, located very close to the crown of the slide were evacuated as a safety precaution. The pile foundation of one of the buildings is actually exposed, hanging in the air. Thankfully, there were no injuries associated with the ground failure.

However, a private road situated at the bottom of the slope, was covered with about 7,5 meters of debris and needs to be cleaned and repaired. "That road is buried under 25 to 30 feet of trees and debris...To clear that will take some engineering," John Lawler, Waterford Supervisor, stated.

The slide has not been stabilized yet as further ground displacements have been recorded. Experts are constantly monitoring the area. “The engineers are monitoring the site for continuous sliding. The town is going to bring in some more experts this week to determine what can be done to stabilize the banks," Donald Baldwin, Waterford Fire Chief, stated. As ground movements persist, the houses above the slide are in severe threat.

The actual causes of the collapse have not been identified yet but, photographic evidence shows that the main failure mode was probably shearing. According to Meteorologist Domenica Davis, there was no severe rainfall incident in the region recently. Moreover, authorities added that the area used to be a gravel pit (open-pit mine formerly used for the extraction of gravel).

The area of the landslide was assessed using a drone mission. "The use of a drone for this purpose allowed all responders to maintain a safe distance from the collapse and examine the area above and below the slide without anyone having to physically enter the slide," Saratoga County Sheriff's Office, posted on Facebook.

A local resident said that the incident was very sudden. He felt an intense shaking and a sound like trees' squeaking before the failure occurred.

The American Red Cross is supporting the affected people. The organization has provided food and shelter to one family, while volunteers will remain at the site for the following days to aid the residents.

Any schemes on how the issue will be tackled, once the landslide is stabilized, have not been publicized yet. 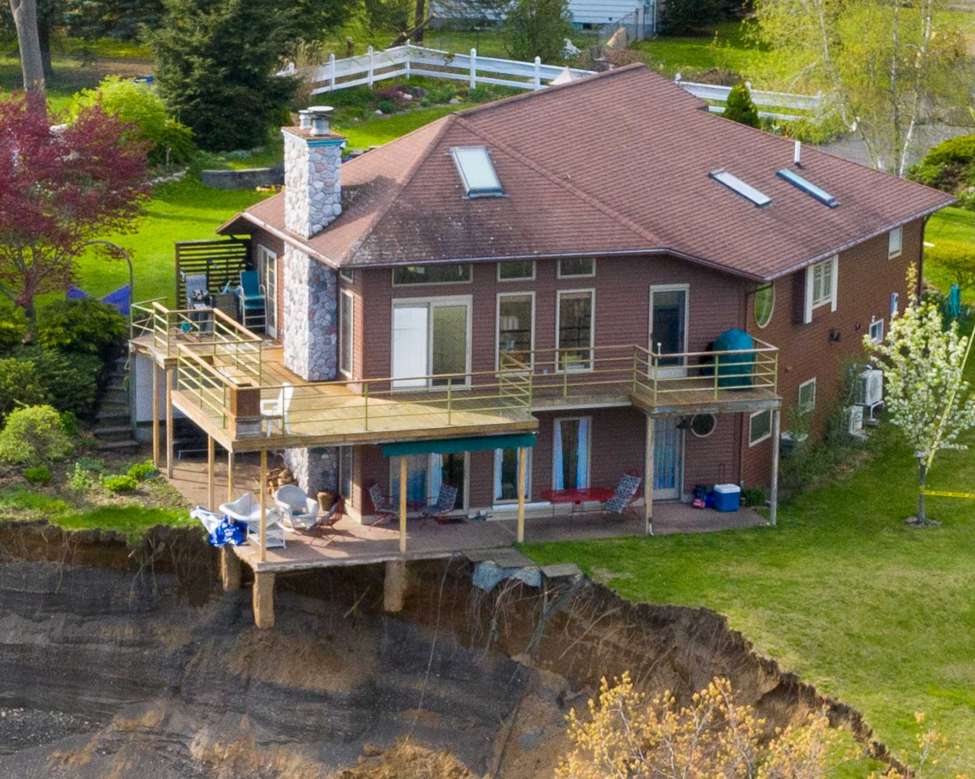 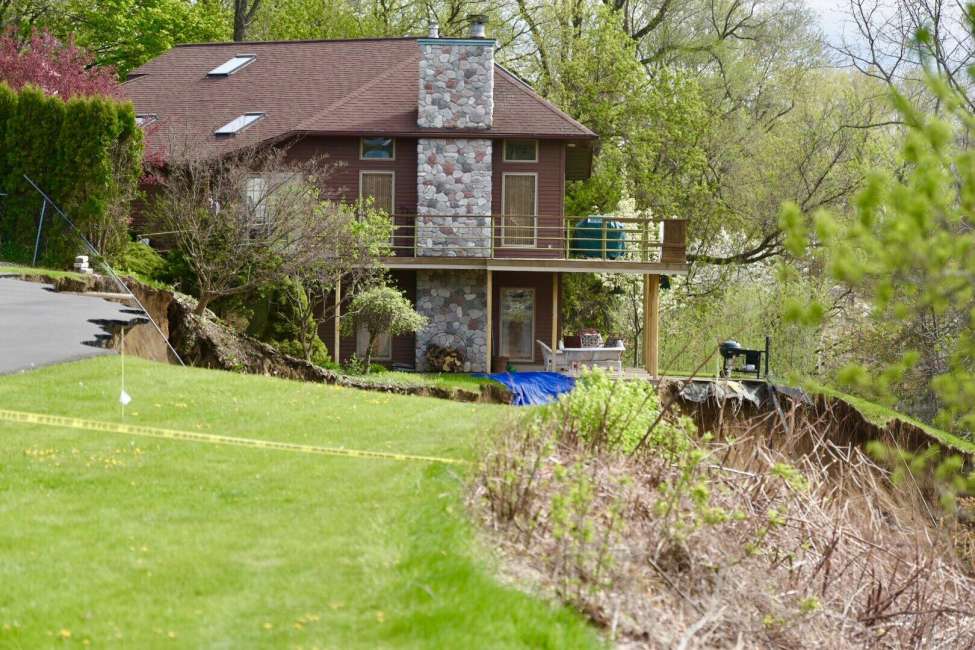 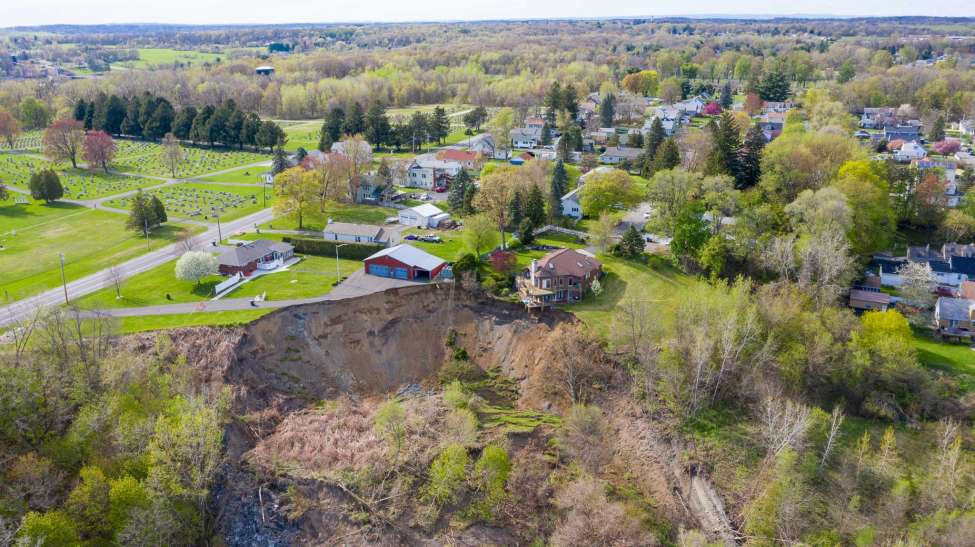