According to a new study, elaborating on fossil fuel infrastructure in the United States, the retirement of the correspondent power plants is not expected to be as expensive as previously conceived.

Shifting to clean energy is a significant task that the world is currently facing to tackle climate change. Solar, wind and geothermal power have made significant steps towards providing efficient energy storage. Nevertheless, this massive change will require a shift in energy infrastructure. Thus, current facilities associated with fossil fuel power production will need to shut down or replaced, a fact that may lead to severe economic loss.

Around 2/3 of the total electricity produced in the U.S. derives from fossil fuel plants, according to data from 2018. Those plants emit massive quantities of carbon dioxide, sulfur dioxide and nitrogen oxides that harm the environment. Moreover, billions of cubic meters of water are required for power production. Nevertheless, those factories provide jobs for about 160,000 people and contribute to the local economy.

However, a study published in Science on December 4, 2020, by Emily Grubert, an Assistant Professor at the Georgia Institute of Technology suggests that the closedown of those factories would not cause a vast financial loss.

The reason behind this conclusion is that most of the fossil fuel plants will reach their lifespan by the time the decarbonizing deadline approaches. In particular, according to Joe Biden, the president-elect of the United States for the Democratic Party, the target date for decarbonizing the US electricity sector is 2035. By then, about 85% of the total capacity-years that fossil fuel power plants have would have been already used and most of them will have ended their operational time.

In some cases, power plants tend to overextend their lifespans and operate for longer periods. This will not be tolerated regarding the 2035 commitment for the decarbonization project. The decision is beneficial for the administration of a plant since a timeframe to settle all the financial obligations (e.g., debts) is set.

In fact, many fossil fuel plants have already closed within the past decade. Totally 126GW electricity capacity retired since 2009 in the United States. The study emphasizes the importance of a planned closure scheme to avoid an economic shock. Understanding when an industry will shut down enables stakeholders in charge to redirect their resources, to train people for future job opportunities and to be prepared for the major shift. Moreover, it provides significant information for other industries (such as the mining industry) in terms of future sustainability.

Regarding the employment losses in the fossil fuel power facilities, the new stations that will be established to harvest clean energy will provide numerous job opportunities in the future. Nevertheless, people already involved in the industry should be prepared for a smooth shift. 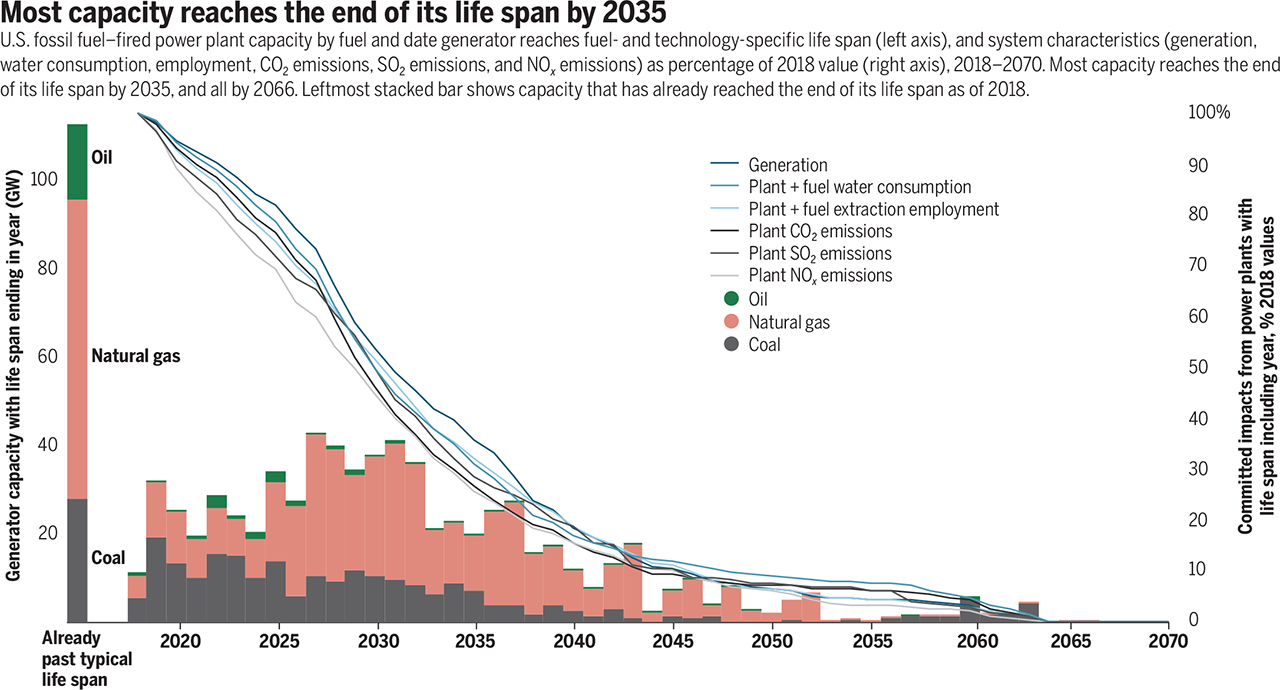