A 6.1 earthquake was measured in the Atacama Desert near Diego de Almagro, Chile on July 25th. According to USGS, the earthquake occurred at a depth of 71.5 km. Scientists believe the impact was low and was generated by low intensity shaking over a large area.

Nearly 100 km away from the epicenter, the mining town of El Salvador witnessed some interesting effects from the earthquake. Photos were taken of large dust plumes likely caused by landslide activity. Being a desert, this area is very dry and a large amount of dust was generated despite the fact that the landslides were likely small and localized. According to researchers, little is known about landslides triggered by earthquakes in arid regions, so it is important to study these types of events. 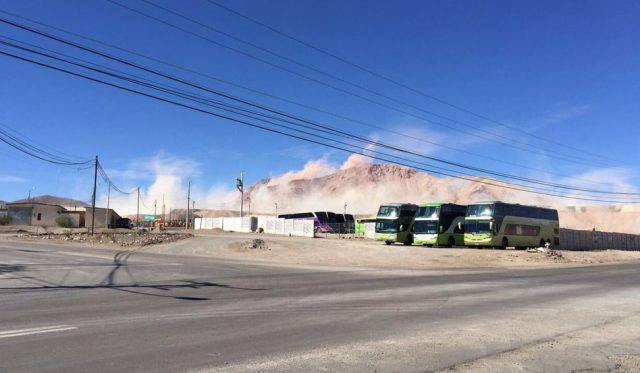 According to a new study, published in Seismological Research Letters, the deep landslides that wer...

According to a new study, smaller earthquakes have caused the strongest shaking incidents in the vi...

Scientists from Stanford University and Georgia Institute of Technology in the United States, intro...