Switzerland and northern Italy are severely battered by heavy rain in the last days, which caused extensive landslides and cost several lives. Weather forecasts predict that rain will continue to hit the area for the next 24 - 36 hours, leading both countries to issue major flood alerts.

Days of torrential rain have resulted in massive landslides along the Swiss - Italian borders, burying residential areas under mud and rubble. At least four people have died as weather forecasts predict that rain will continue to fall. The levels of lakes Lugano and Maggiore have risen dangerously, cutting off many homes and farming businesses in the area. According to Swiss authorities, there is a high risk of landslides in the regions surrounding the lakes, as has already happened in the southern Swiss village of Davesco, causing the death of two people and the injuring of four. It is estimated that the floodings have caused 150 million dollars worth of damage in the affected areas.

Have a preview of the flooded areas in the photo gallery below! 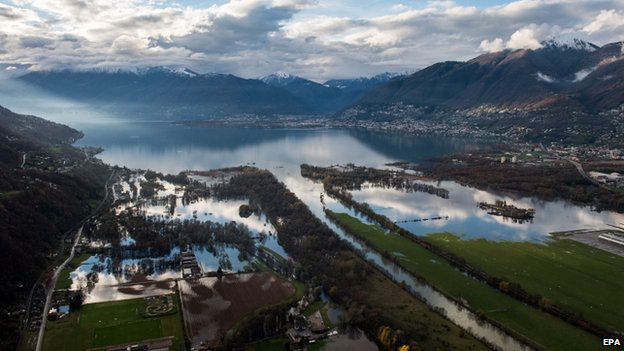 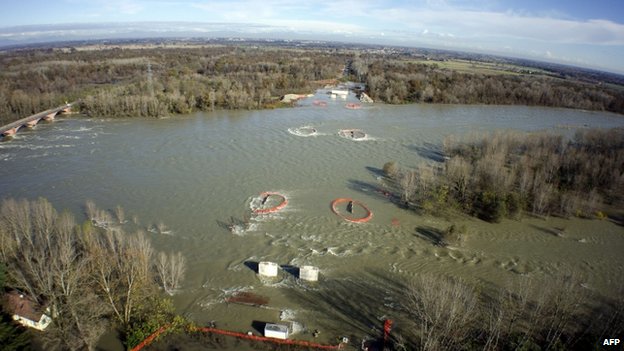 At least 10 days of consecutive rain in southern Philippines have generated landslides and flash flo...

The Monsoon season has started and heavy rains caused a landslide which has made dozens of people...

At least 20 people have died after heavy rain caused floods and landslides in areas of Rwanda and n...