The islands of Bali and Lombok were struck by a hazardous 6.9 Mw earthquake on August 5. At least 98 people were reported dead while thousands of shocked residents and tourists have no place to stay.

The earthquake, with an epicenter located in northern Lombok and a 19-mile depth, was felt at 7:46 p.m. local time, according to Climatology and Geophysics Agency (BMKG). Lombok and Bali are located in the Indonesian archipelago, a part of the Pacific Rim of Fire. The Pacific Rim covers a 25,000 mile area of intense seismic and volcanic activity, stretching from Japan and Indonesia on one side of the Pacific Ocean all the way across to California on the other.

According to Indonesian officials, 200 people were injured with the number of victims expected to increase as time passes. Authorities are doing their best to safely evacuate residents and tourists via ships and planes. Nevertheless, the progress advances slowly as destroyed roads, collapsed bridges, power outages and other difficulties worsen the situation.

Even people whose houses survived the tremor refuse to return to their property and remain in shelters due to the aftershocks (ranging from Mw 4.3 to 5.4) the day after the main earthquake. It is estimated that 20,000 people are displaced in just one day. A tsunami warning was issued after the shock but it was later lifted. National Disaster Mitigation Agency (BNPB) spokesman Sutopo Purwo Nugroho stated: "Tsunami waves did hit the coast, but only at a height of 9 to 13 centimeters. The waves didn't cause damage or casualties."

Two days later, rescues in Lombok still continue. Search teams are trying to access the highly damaged areas close to the epicenter in north Lombok. To accommodate the influx of tourists trying to leave the area, more flights have been added and the airport is now open 24 hours. 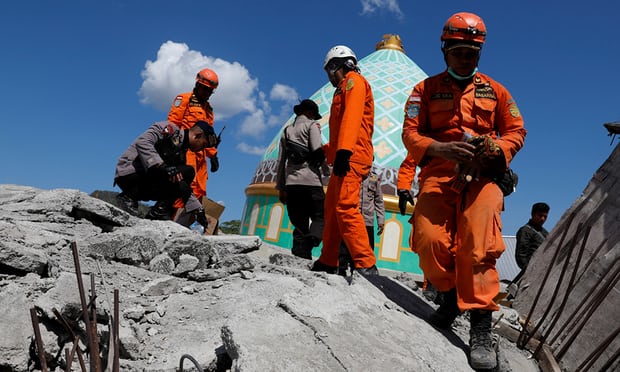 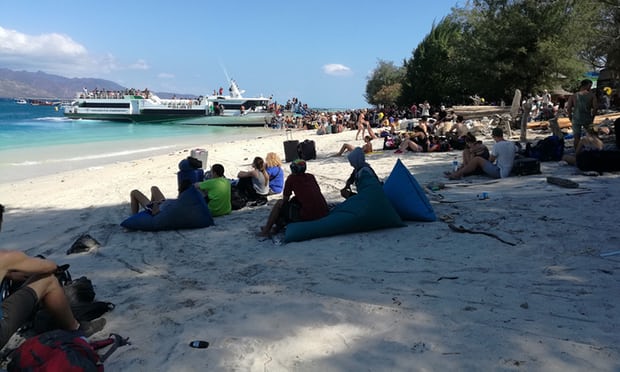