Τhe most impressive waterfall in Ecuador has run dry due to a massive sinkhole that emerged upstream.

San Rafael waterfall is located in the Coca River and is surrounded by a stunning natural environment near the Reventador volcano in northern Ecuador. Reaching a height of 150 meters, it is the largest waterfall in the country and attracts numerous visitors annually.

According to NASA, the flow on the waterfall stopped as of February 2, 2020. Officials stated that a huge sinkhole emerged upstream and diverted the water flow that previously fed the waterfall. Due to the sinkhole, the flow is directed in 3 streams which are not observable by the original viewing points at the site. Still, the waterfall receives a small amount of water but it is certain that it has lost its former glory.

The causes that led to the creation of the sinkhole have not been clarified yet. Authorities have restricted access to the site as experts are investigating the circumstances under which the sinkhole emerged. Some believe that the phenomenon occurred naturally while others suggest that the ground deformation may have been triggered by the construction of a vast hydroelectric plant known as the Coca Codo Sinclair hydroelectric, in the vicinity of the site.

According to Alfredo Carrasco, a geologist and a former secretary of Natural Capital at Ecuador's Ministry of Environment, the phenomenon was clearly caused by natural processes and it is associated with the impact of earthquakes. In particular, a natural earth dam could have been created after a seismic shock and could retain the sediments, increasing erosion downstream and causing the ground to collapse. "There are many quite intense earthquakes here. In March 1987, a very strong one appeared that caused tremendous damage to the trans-Ecuadorian oil pipeline that passes right through it. For me, the phenomenon is eminently of natural origin," Carrasco, stated.

The hydropower dam which opened 4 years ago, is the biggest power project in Ecuador, generating 8.63GWh annually and covering around 43% of the country's total energy demands. "A waterfall that has been there for thousands of years does not collapse, coincidentally, a few years after opening a hydroelectric project," Emilio Cobo, coordinator at the South America Water Program with the International Union for the Conservation of Nature, stated. The plant is about 20 kilometers away from the waterfalls but its reservoir system is designed to remove river sediments. This procedure increases erosion and could have accelerated the ground's deformation.

In any case, the waterfall has disappeared and Ecuador's government is not planning to re-engineer the site to restore its initial form, therefore, San Rafael waterfall is officially consigned to history.

Click the video below to watch impressive footage from the past of San Rafael waterfall. 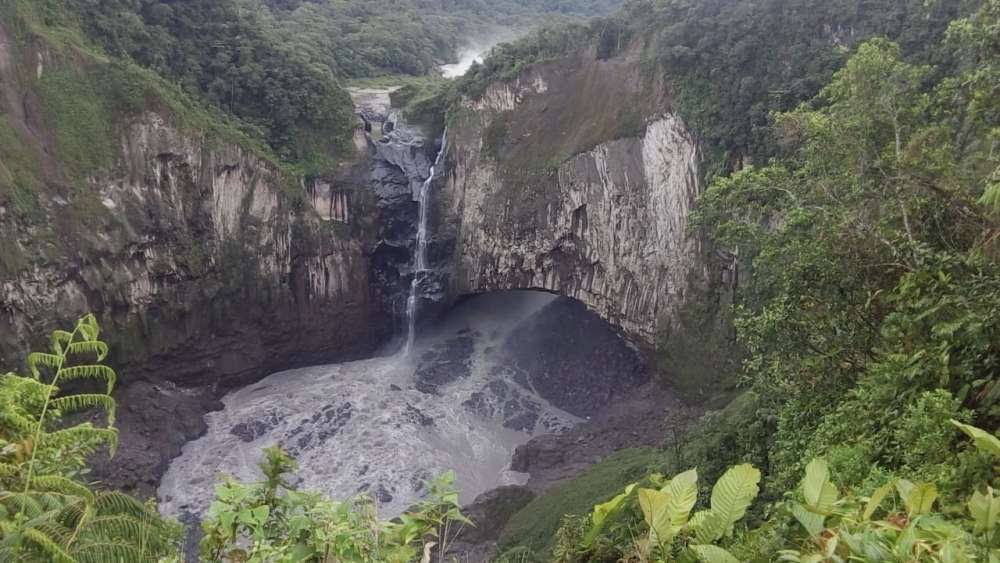 A spectacular volcanic eruption that sent lava an...

Oroville Dam is the tallest earth dam in the Unit...