In a new study, scientists focus on how precipitation impacts erosion rates in mountainous terrains.

The impact of rainfalls in mountainous regions has been long debated among geologists. Precipitation tends to erode the terrain and flatten the mountain peaks. However, it has also an opposite effect as it can enhance rock uplift via a process that takes place due to alterations of crystal rheology, fault systems dynamics and isostasy (the theory suggesting that the crust floats on the Earth's mantle through a gravitational equilibrium that depends on its density and thickness).

The debate over those theories has been long-lasting mostly because it is very challenging to obtain data and take measurements. As a result, there is a large number of models that assess how these processes work but validating these models is complicated due to data restrictions.

The team focused on the Himalayan region which is one of the most studied places on earth in terms of erosion. To calculate the velocity of erosion caused by river and stream actions, they measured the cosmic particles contained in sand grains.

The procedure is well-explained by Dr. Byron Adams, lead author of the study and a Royal Society Dorothy Hodgkin Fellow at the University of Bristol: “When a cosmic particle from outer space reaches Earth, it is likely to hit sand grains on hillslopes as they are transported toward rivers. When this happens, some atoms within each grain of sand can transform into a rare element. By counting how many atoms of this element are present in a bag of sand, we can calculate how long the sand has been there, and therefore how quickly the landscape has been eroding.”

The team gathered all the data associated with erosion rates across a large area in the Himalayas. Then, a comparison was made to take into consideration the rainfall rates and the rivers. Nevertheless, due to the fact that not all parameters can be derived for each data point, this comparison is challenging.

To address this issue, researchers utilized numerical modeling on the erosion of rivers, as well as regression methods. After testing many available models, the team concluded that only one of them was accurate to determine the measured erosion rates. “This model allows us for the first time to quantify how rainfall affects erosion rates in rugged terrain,” Dr. Adams, emphasizes.

The study also provides another significant tool that can be used to protect infrastructure. Through the derived technique, erosion processes can be quantified and certain hazards can be prevented. For example, increased erosion leads to high rates of sedimentation behind dams, a fact that could threaten their stability.

The study was recently published in Science Advances Journal. 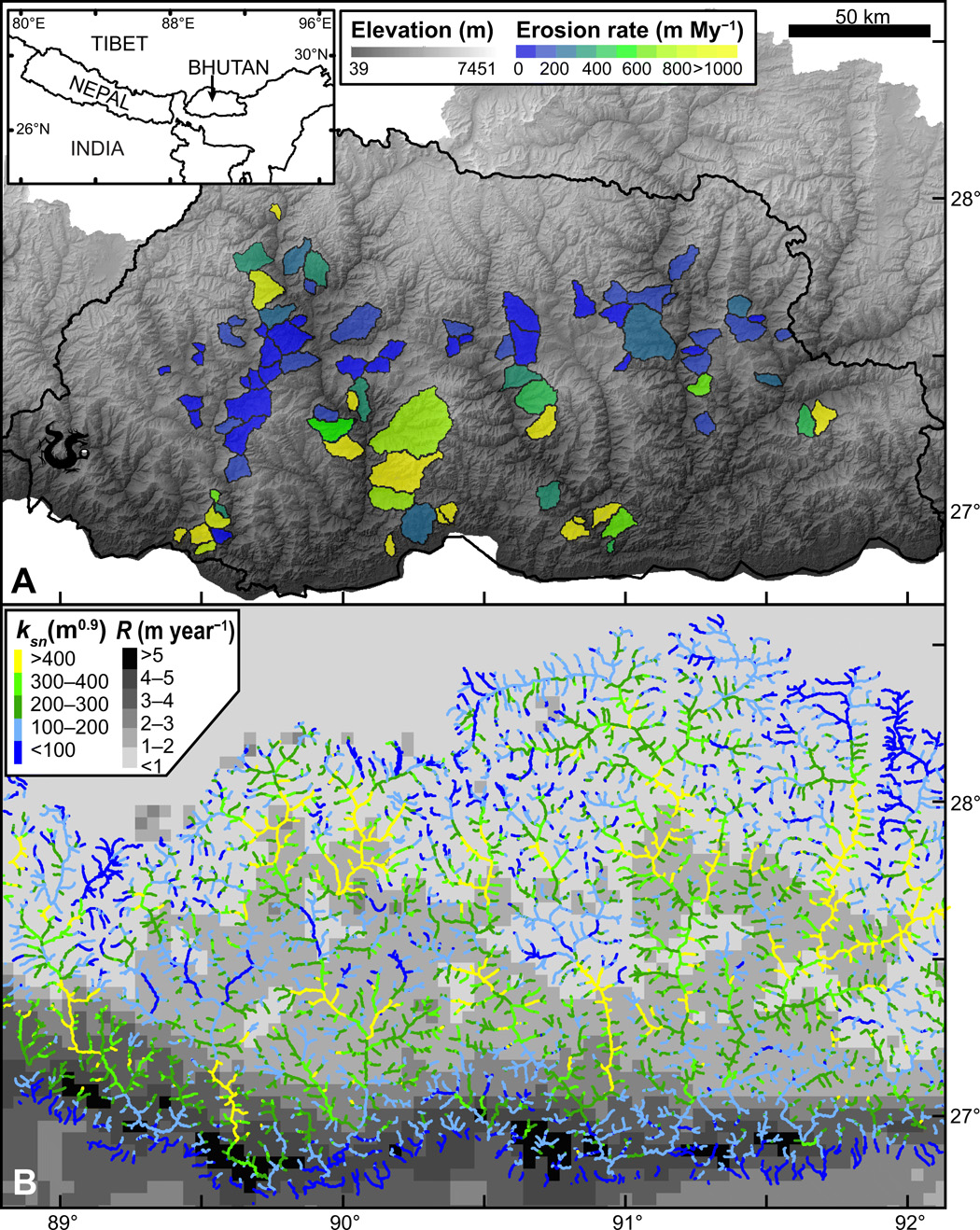 Traces of the largest known volcanic landslide in...