A new study evaluates the impact of coastal flooding caused by climate change on human population.

Until today there has been little research on the actual number of people that will be affected by flooding in river deltas as a result of climate change. A new study, recently published in Nature Communications tries to shed light on this major issue.

Since ancient times, people preferred to establish their communities in river deltas as they are ideal sites that provide water, fertile lands and access to the seas. This pattern has continued until today.

Nevertheless, river deltas are extremely prone to climate change and will be devastated by floods and storms in the future. As a result, numerous people will be affected.

The researchers utilized a global dataset to derive the actual population that lives in river deltas. In particular, the team created a database of 2,174 delta locations and, by using land population data, they managed to derive how many people live in those regions.

They also assessed those deltas that are vulnerable to strong storm events taking into account their ability to naturally mitigate the impact of flooding. Whether a delta has a natural mitigation capacity depends on its sediment deposit. The researchers determined the volume of the sediment deposited on the deltas by the rivers and compared it to its relative area. The larger the area that is covered by deposits, the smaller the delta's capacity to mitigate flooding.

According to their findings, 4,5% (339 million people) of the earth's total population live in river deltas despite the fact that they occupy just 0.5% of the planet's surface. The study emphasizes the financial and social conditions under which those people live. The threat of a potential massive flood could be devastating for most of them since typically the infrastructure projects in their regions are poorly designed and/or maintained.

According to the team, 31 million people are currently living in areas that can be floodplains during a 100-year storm event. 92% of them are citizens of developing countries. Therefore, addressing the challenging environmental threat will be a difficult task. “These communities are already dealing with health risks, lack of sanitation and services, poverty, and exposure to flooding and other environmental risks. Climate change is exacerbating all of these issues and creating more impacts,” Eduardo Brondizio, co-author of the study and a Distinguished Professor of Anthropology at Indiana University Bloomington, stated.

The authors suggest that more accurate models to determine the climate change impact on these vulnerable areas must emerge in the future. The potential effects both in terms of financial loss and infrastructure damage are very high and the actually impacted regions must be identified. 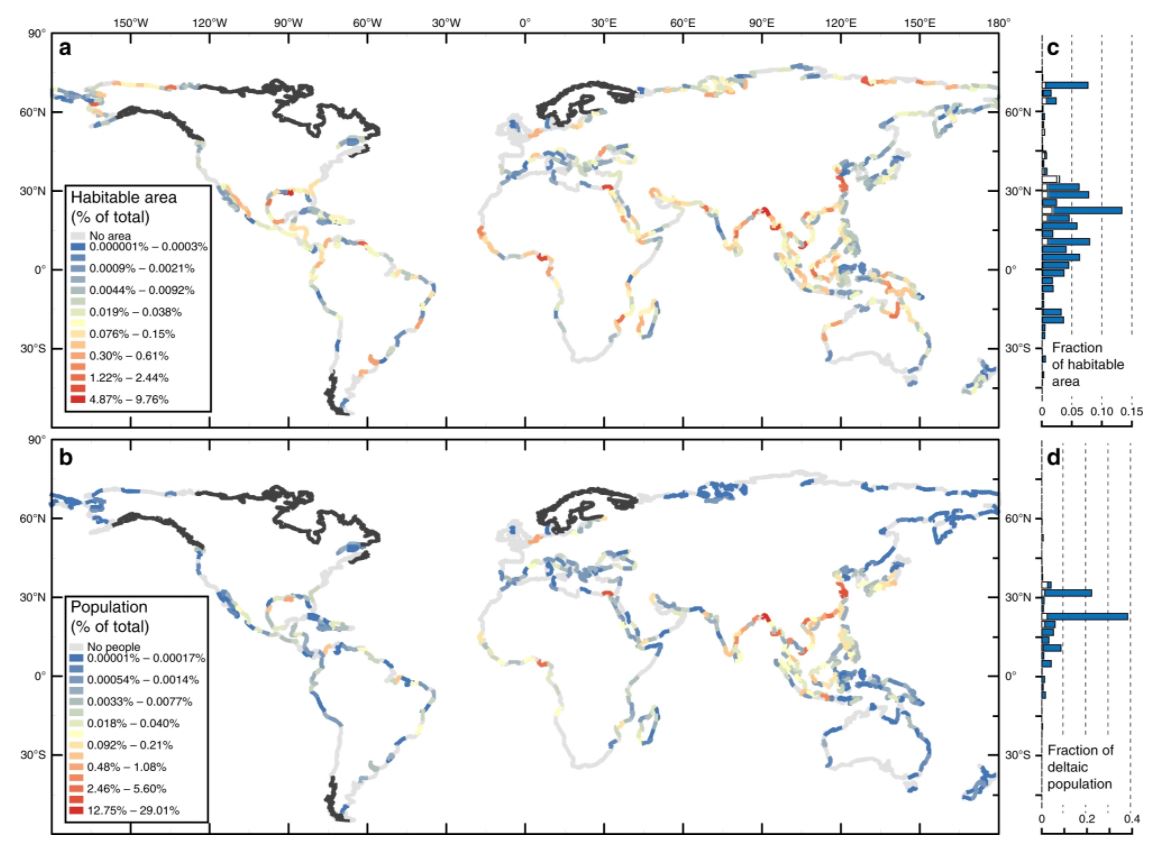