Path to iconic lighthouse swept away by cliff collapse in England

A public path leading to an iconic lighthouse located in England has been cut off by a cliff collapse.

The Belle Tout Lighthouse is an iconic, inoperative facility situated at Beachy Head, East Sussex, England. Despite being inactive for more than a century, it has drawn a lot of attention mostly due to its exposure in the film industry and its stunning location that attracts numerous visitors. The lighthouse was constructed in 1832 and was decommissioned 70 years later as erosion processes made the sustainability of the facility challenging and it was replaced by a new structure at the base of the cliffs. It suffered critical damage during World War II but it was rebuilt during the 1950s. The structure is founded on a coastal region where erosion processes take place at high rates and cliff failures are common. In 1999, it was moved about 17 meters backward for protection. The tower is currently used as a facility for holiday accommodation.

Coastal erosion is a major issue in the UK caused by the action of wind forces, waves and tides. The erosion processes take place at significantly higher rates than other places around the world leading to severe coastal erosion and ground failures. Scientists emphasize that the phenomenon is exacerbated by climate change and, currently, about 3700 km of UK's coastline experience more than 10 centimeters of erosion annually.

In early August 2021, a cliff collapse sent debris into the sea and cut off the path to the Belle Tout lighthouse. The cliffs at Beachy Head comprise Cretaceous chalk. Some speculate that the recent action of high winds and powerful waves has caused the failure. However, erosion processes act progressively hence, the latter could have been the triggering effects and not the main cause.

Drone images retrieved from the site show that, at the location of the failure, the path was closer to the cliff than the lighthouse. However, this does not mean that the tower is not under threat in the future. In fact, coastal erosion averages a stunning 60 centimeters per year at the location. "You get large falls and then go for a number of years and nothing much at all," David Shaw, the owner of the lighthouse, stated. Mr. Shaw is aware of the prolonged erosion processes and the mechanisms that govern such phenomena but he believes the lighthouse is safe for the near future: "I'm trying not to panic. At the lighthouse we're about 20m away (from the edge of the cliff). It's hoped we'll have 20 or 30 years, maybe 40 if we're lucky, to go before we need to panic".

The high volume of the landslide alerted authorities that warned people to stay away from the region. They emphasized that the collapse can affect an area meters away from the cliff. Despite monitoring technology has made significant steps over the past years, the majority of the cliff failures occur rapidly and with no initiation signs. Earlier this year, a large collapse was reported in a sandstone cliff at the Jurassic Coast.

A video (retrieved years ago) of the Belle Tout Lighthouse and of the surrounding coastal region can be found below. 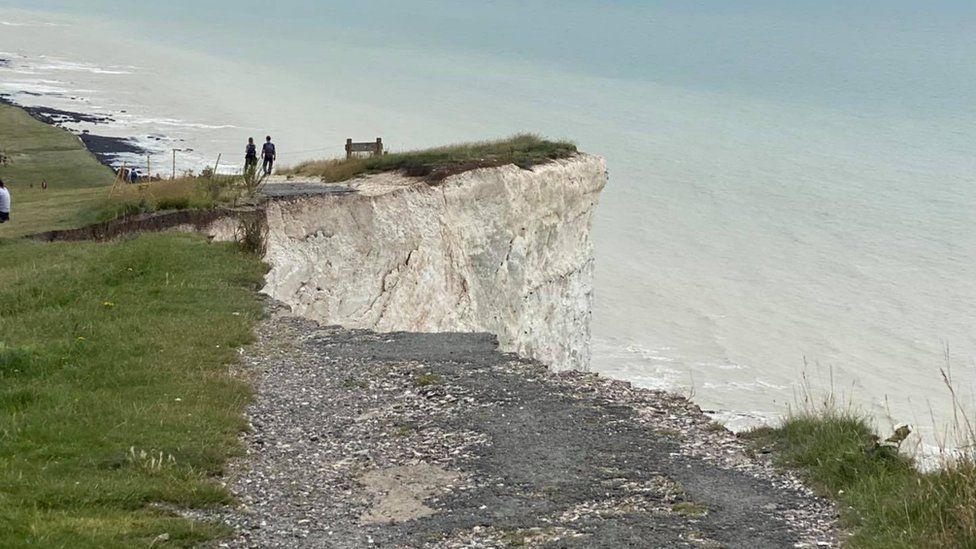 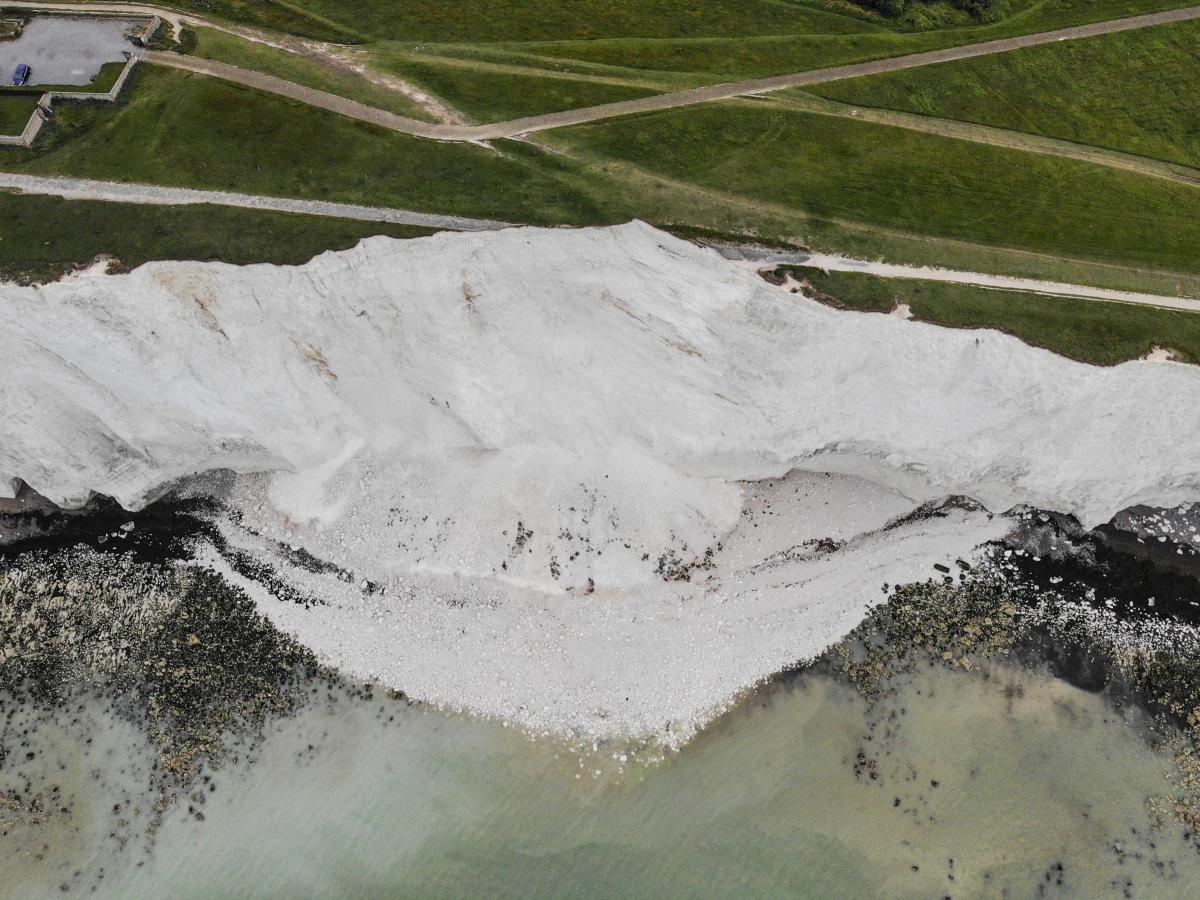