The scorched earth that will be left behind once the California wildfires are put out may become prone to massive landslides.

The wildfire season in California consists of numerous wildfires. According to recent updates, 2,277,922 acres have been burned by more than 7,600 fire incidents.

Despite the fact that the fire season has been a permanent issue for California, the intensity and number of wildfires have been significantly increased over the last years. In fact, 2020 is considered the largest wildfire season ever recorded. Moreover, experts suggest that things may get even worse as the season is not over yet.

The wildfires have both affected the environment and have caused infrastructure damage. Houses have been highly impacted and property damage has been massive. In particular, during the period between 2010 and 2020, more than 30,000 structures have been destroyed across the state (the equivalent of more than 2 times downtown Los Angeles).

Nevertheless, the ramifications of the fire incidents may persist even after they are put out. Scientists are worried that the affected regions will be prone to debris flows, a specific type of landslides that consists of a fast-moving flow of unconsolidated and saturated soil driven downslope by gravitational forces.

According to Ann Youberg, a senior research scientist at the Arizona Geological Survey, the wildfires destroy the vegetation and the remaining cinders are hydrophobic (meaning that they do not absorb water). Moreover, the soil is left to dry so water cannot readily penetrate through the ground layer. Therefore, when rainfalls struck the affected regions after the wildfire season is over, water droplets impact the ground with high energy and tend to flow on the top of the soil.

In this way, water flows move at a high speed downslope and collect sediment and rock particles creating debris flows. In case that the ground is erosive and the slopes are steep, a massive flow mass that resembles the effect of a dam breached can be produced. “That builds up … to the point where it becomes unstable,” Youberg, stated. The same amount of precipitation can trigger more than 10 times larger debris flows in burned areas compared to the potential of non-affected regions.

The United States Geological Survey (USGS) has announced that a team of experts will visit the impacted regions and create hazard maps to warn people in case a potential debris flow occurs near an inhabited community.

According to Newsha Ajami, a hydrologist focused on urban water policy at Stanford University, maybe it's time to relocate people living in fire-prone areas as both wildfire and debris flow incidents will increase in the future. 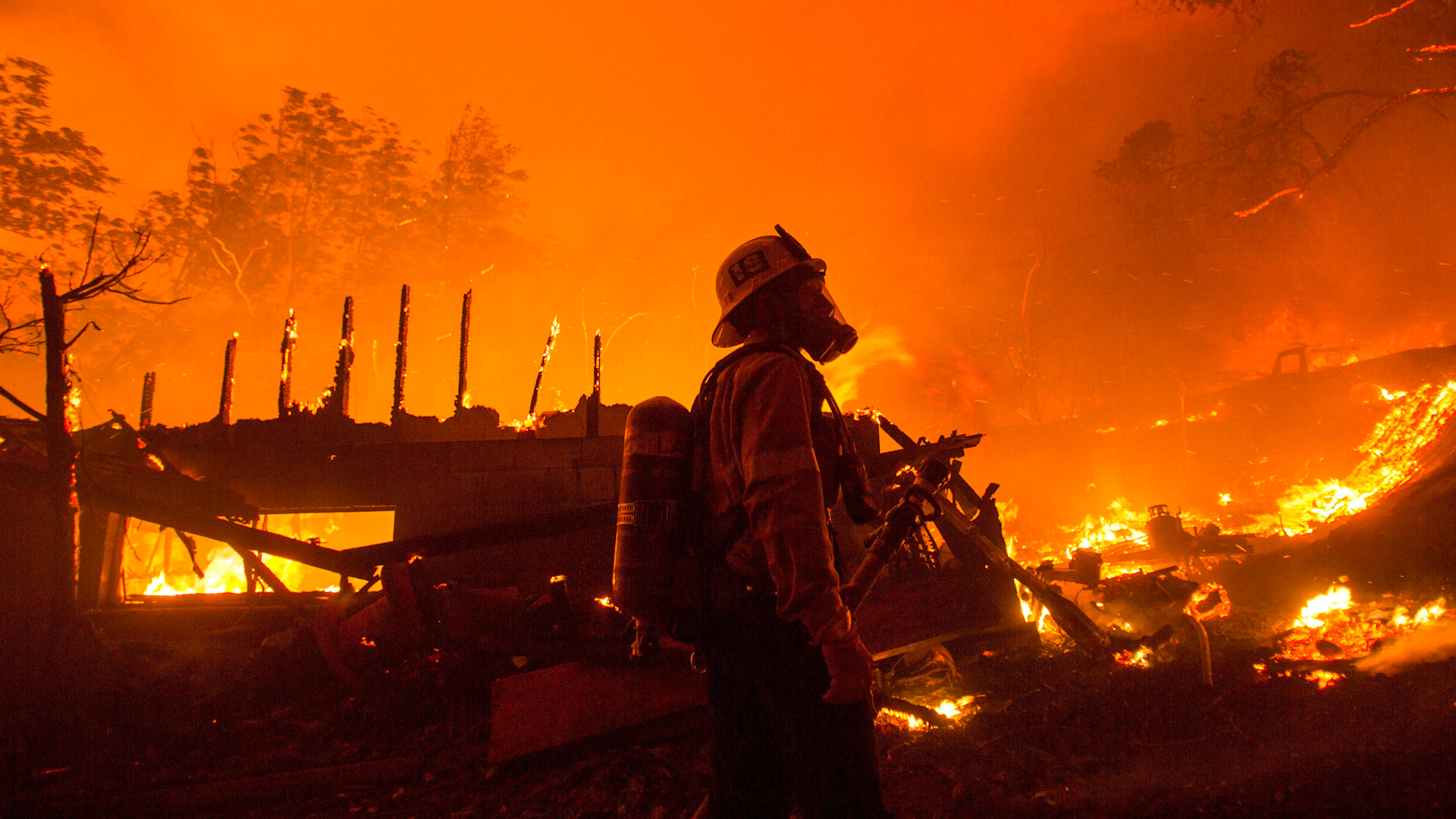 Wildfires have increased the threat of mudslides in California

The risk of mudslides has significantly increased in California regions affected by wildfires. Muds...

Trekkers Acagua in Argentina encounte red a debris flow in January, 2016. Julian Insarralde was the...

A new study focuses on the multi-hazard susceptibility of a densely populated region in the Himalay...

Accurate measurement of water flow has been for years difficult to perform, not to mention predictio...