The Hudson Tunnel Project looks to have finally broken through the last barrier leading to construction. The Project proposes to rehabilitate the existing tunnel under the Hudson River that carries Amtrak and NJ TRANSIT Northeast Corridor passenger trains between New Jersey and New York, and construct a new tunnel and associated railroad infrastructure to carry passenger rail trains while the existing tunnel is being rehabilitated. In a milestone event, the U.S. Army Corps of Engineers announced on December 1st the issuing of a permit to allow construction of the tunnel and tracks under the Hudson River.

With President Biden signing the infrastructure bill in November, the financing part of the $12.3 billion project now appears to be easier to achieve. Work on two new tunnels and the rehabilitation of the two 111-year-old existing tunnels could begin as early as 2023.

“This step brings us much closer to the beginning of construction on the Hudson Tunnel Project, which is part of the single-largest critical infrastructure effort in the nation,” New Jersey Gov. Phil Murphy said in a statement. “I am looking forward to continuing work with our partners in the Biden administration, New York, Amtrak, and our congressional delegation on completing the entire Gateway Program.”

The Gateway Development Corporation said federal financing for the Hudson Tunnel Project could be ready by the end of 2022. The project is expected to be complete in 2035.

“The Gateway project will help support the economic prosperity of New York and the rest of the country for years to come, which is why we need to get this project right and get it moving,” New York Gov. Kathy Hochul said in a statement. 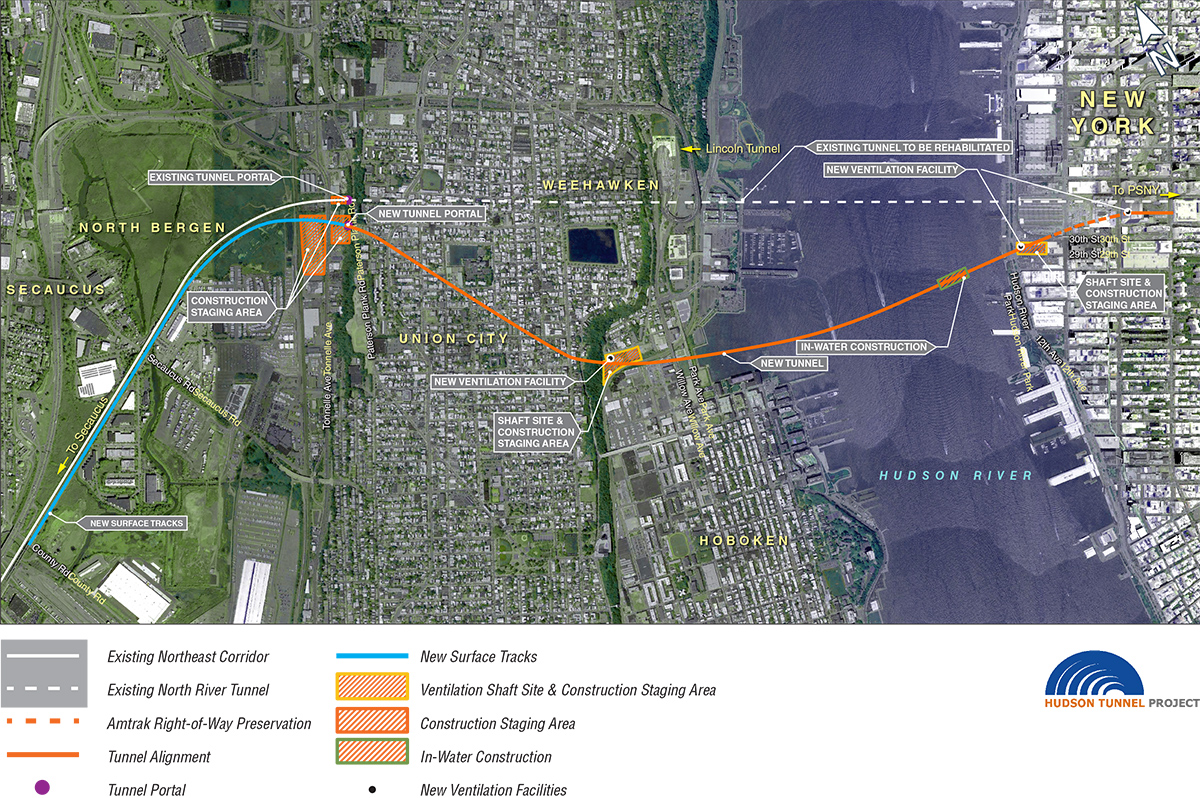 What most commuters of Amtrak trains crossing the Hudson River do not have the opportunity to see, w...