Scientists have detected evidence regarding a large meteorite impact that occurred about 430,000 years ago in Antarctica. The findings were recently published in Science Advances.

Meteorite impacts on Earth's surface are usually identifying through craters that the collisions creates. These craters are depressions at the ground surface and are geologically associated with subsequent events such as metamorphic processes that occur as a result of high pressures and temperatures.

Nevertheless, not all meteors that enter the Earth's atmosphere eventually reach the ground as airburst events may occur. The identification of such events is challenging since the detection of the airburst debris is a difficult process.

The current findings in Antarctica suggest that a meteorite with a size of at least 100 meters entered the atmosphere and resulted in an unusual touchdown event which resembles an intermediate condition between a crater formation and an airburst. The researchers studied extraterrestrial material from Sør Rondane Mountains, Antarctica, found during an expedition conducted during 2017 and 2018.

The composition of chondrite (a non-metallic meteorite), the high content of Nickel and the chemistry of the trace elements discovered in the retrieved material proved the existence of extraterrestrial material confirming the occurrence of the event. The authors of the study suggest that similar impacts in the past could still be unknown since their detection process is challenging.

However, the team emphasizes the importance of further evaluation of meteorite touchdowns with similar characteristics since they may have a significant impact in the future. According to Dr. Matthias van Ginneken, lead author of the study and a Research Associate at the Center for Astrophysics and Planetary Science, University of Kent, studying the potential occurrence of touchdown events in different regions (e.g., oceanic basins) should be encouraged. If such an event occurs near a populated region, it would not have the disastrous impact of a crater formation but it would certainly cause massive destruction. In addition, while data on craters are available and their occurrence patterns have been identified, the corresponding rates for touchdown events are currently unknown.

A touchdown event occurred in Siberia, Russia in 1908. The meteorite impact is known as the largest in the recorded history of Siberia and affected an area of more than 2,100 km2 with millions of trees being torn down. The meteorite did not directly impact the Earth to form a crater but the airburst caused extensive damage to the surrounding environment. In fact, it was later estimated that the consequences of the event would have been devastating if it had occurred in a populated region. 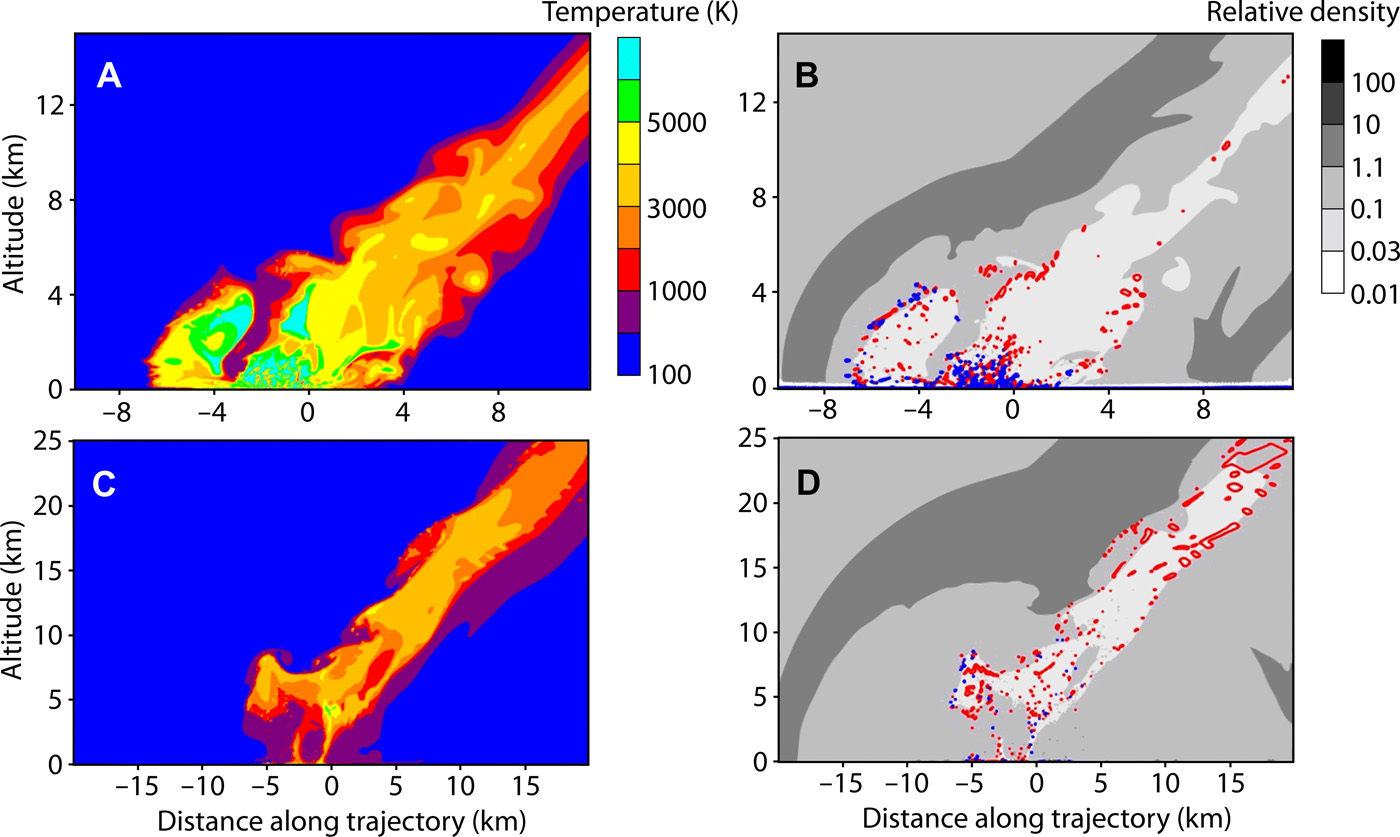