From the get-go, Rocscience's engineering team has invested much of their effort into ensuring Slide3 is more powerful than any other 3D Limit Equilibrium Software. Within the last year alone, they have packed in new algorithms such as Surface Altering and Multi-Modal Optimizations and have introduced the Block Model feature. Slide3 also has the most extensive built-in library of geosynthetics and gives the user options to directly import radar data from several providers such as Reutech Mining, IDS Georadar and 3vGeomatics.

What makes Slide3 so powerful is that it integrates seamlessly with several other Rocscience software such as Slide2 and RS3 – allowing users to perform in-depth, comprehensive analysis that wouldn't be possible through one program alone.

Building off the successful integration between Slide2 and RSPile, this feature was highly requested by users to be extended to 3D analysis. In response, Slide3’s list of integrations is now growing to include RSPile as users will have the ability to incorporate their piles from RSPile into their Slide3 analyses. 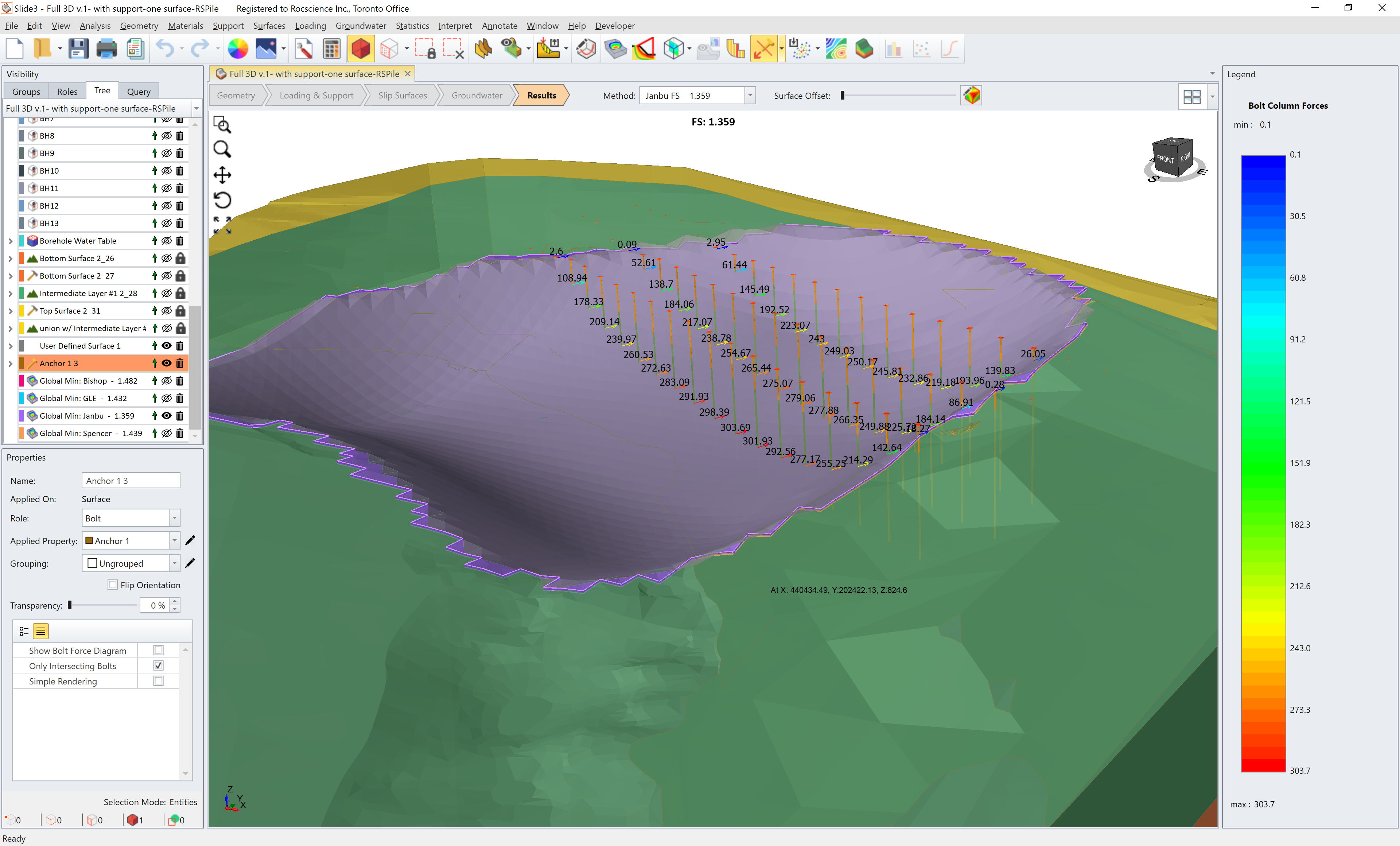 This first-of-its-kind integration allows you to use piles created in RSPile and add them into Slide3 as a Support Type. This can be done with either an existing RSPile file or by defining the pile and soil properties for a new file. During your computation, Slide3 will call on RSPile to perform pre-analysis of the piles in the model.

The pile properties defined in RSPile compute the mobilized lateral and/or axial resistance along the pile length for the given soil geometry and loading conditions. The pile support force is then determined in Slide3 by the location and angle of the slip surface intersecting with the pile. To achieve this, the properties for each material intersected by a pile must correspond with those in the Slide3 model. This can be done through the Match RSPile Materials dialog box. During the analysis, the length of the pile and thickness of the soil layers in Slide3 will override those defined in the RSPile model, and the material properties defined in the RSPile model will be used for the computations.

Visit rocscience.com to learn more about our world-class geotechnical solutions.