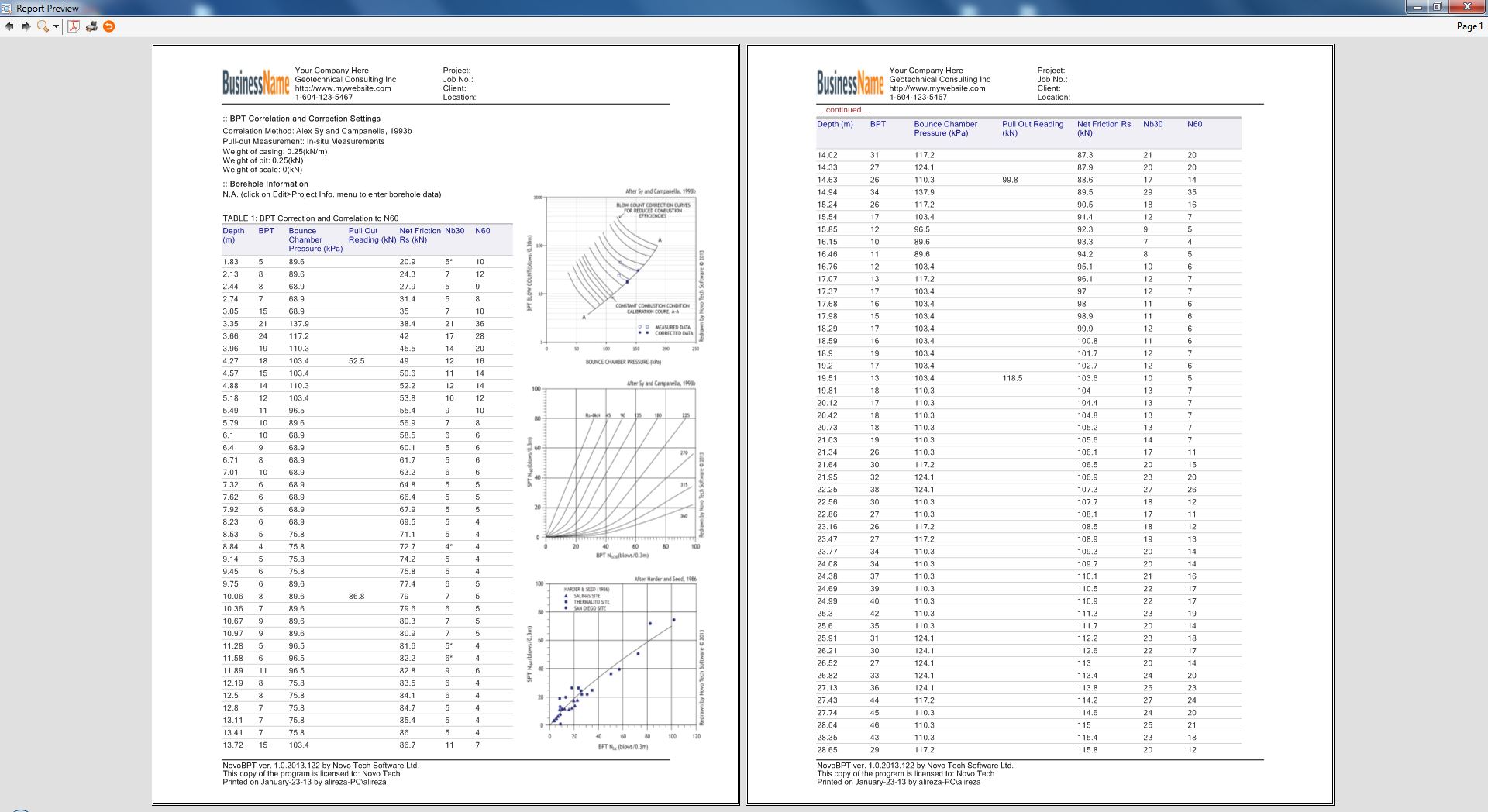 The Standard Penetration Test (SPT) is the most common test for evaluation of subsurface information, both on land and offshore. However, when subsurface layers include gravels and cobbles, SPT is not longer practical. Becker Penetration Test (BPT) is performed with a hammer driving a double walled pipe into the ground. The test relates soil strength to the number of blows required to penetrate the last 300 mm of this casing. The energy output of the Becker Drill hammer varies; Therefore, the recorded number of blows must be adjusted for the energy of the hammer in order to yield a reliable assessment of soil strength.

NovoBPT comes with a complete help file (accessible from inside the program), and user’s manual in PDF and eBook formats to allow you getting up-to-speed in a very short time.

Casing friction can play a significant role in converting your BPT blows to standard SPT blows. Friction of the casing may be measured on-site using special equipment at various depths. Once measured, enter them in NovoBPT, and the program will conduct interpolation between the friction values to estimate the amount of casing friction at various depths. If friction measurements are not available, you can choose the less sophisticated ‘Harder and Seed, 1986’ method to convert BPT blow counts to SPT N60 values. 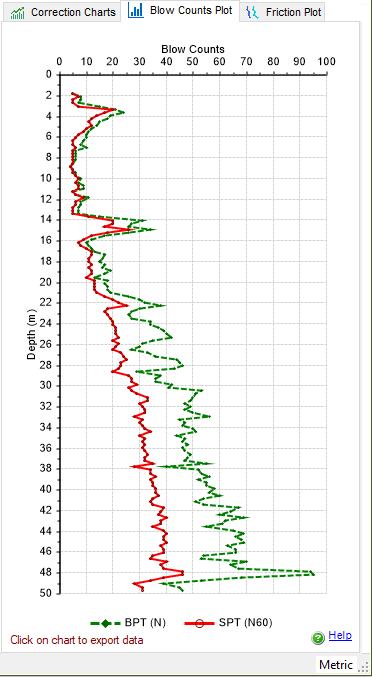 Once the analysis is complete, you will have a complete set of correlated equivalent SPT-N60 at the depth of the borehole. 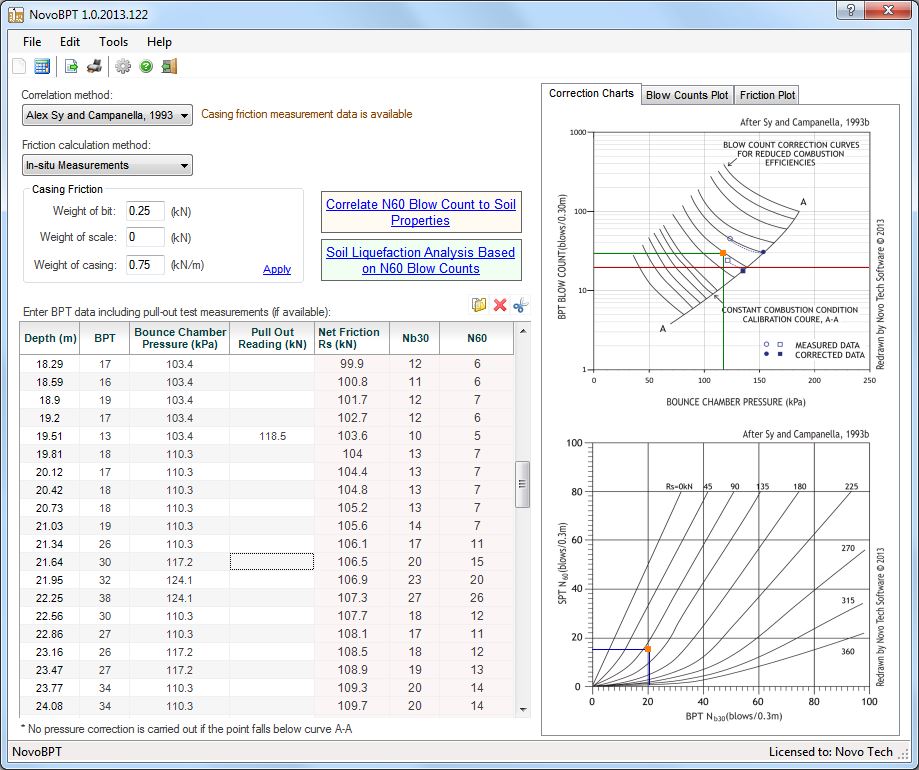 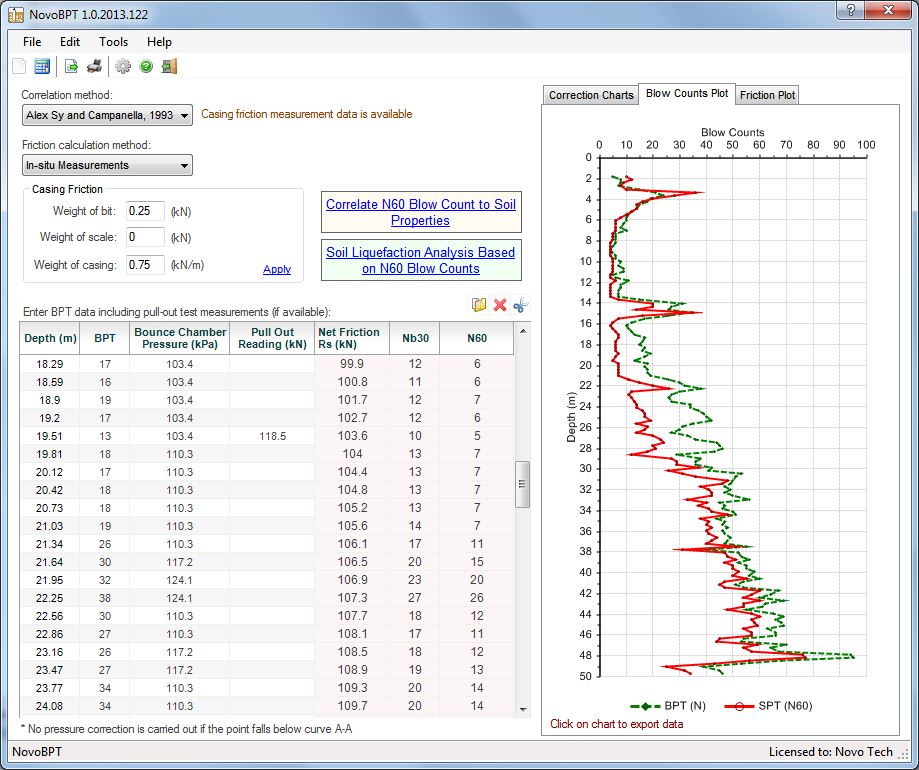