Numerous people have been reported dead and many more missing in the Philippines due to the impact of typhoon Vamco.

Vamco is a typhoon that initiated as a tropical depression in the Pacific Ocean, east of the Philippines. It then moved west increasing its magnitude and impacted the Philippines by November 11, 2020. The Philippine Atmospheric, Geophysical and Astronomical Services Administration (PAGASA) reported that the typhoon reached the equivalent to a Category 2 hurricane with its maximum recorded velocity being over 150km/h.

Vamco has caused severe damages in the Philippines including major floods and landslides. Buildings were flooded, villages were impacted by mudflows and debris flows, many regions experienced power outages while the national transportation network was paralyzed.

According to recent updates, floods and ground failures have caused chaos across the country. At least 39 people have been reported dead with the causes of the casualties being unknown at this time. Many more are considered missing and numerous have been injured. Massive rescue operations began as of November 13, 2020 and many of those affected were rescued. The rescue teams, which include military personnel, are currently focusing in regions east of Manila, the capital city of the Philippines, that were mostly affected.

The city of Marikina which lies in the impacted areas, experienced a catastrophic flood after a nearby river breached. According to the city's mayor, around 40,000 buildings were submerged. Air rescue operations were held back due to the high winds while residents found shelters on the roof of the affected buildings.

More than 41,000 people have been rescued in the aforementioned regions and about 100,000 in total. In addition, about 350,000 residents had to evacuate their houses during  the event.

The typhoon went on to cross the South China Sea with its intensity slightly reduced and its wind speeds reaching 120km/h. However, it is expected to strike Vietnam with similar ramifications by Sunday, November 15, 2020.

According to officials, Vietnam is prepared for Vamco. Authorities have issued warnings to citizens to avoid coastal areas, many people living in low-lying areas have evacuated their houses while the national airports have been closed.

Vietnam has been highly affected by floods and storms during recent months. There have been many casualties and victims impacted by landslides and severe infrastructure damage including building collapses (more than 400,000 residences destroyed) and road and bridge failures. Moreover, crops were destroyed, a fact that has created many shortages. “There has been no respite for more than eight million people living in central Vietnam. Each time they start rebuilding their lives and livelihoods, they are pummeled by yet another storm," Nguyen Thi Xuan Thu, the president of Vietnam Red Cross Society, stated. 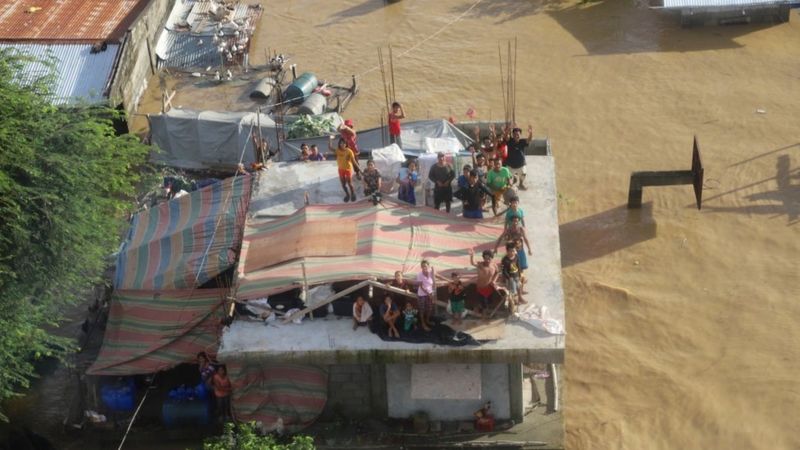