On July, 5, 2019, the massive earthquake struck at about 200 km North-East of Los Angeles. It was the strongest seismic shock that the region experienced in 20 years and followed a M 6.4 shock that hit the region a day earlier. The epicenter of the quake was located in Mojave Desert about 17 kilometers away from Ridgecrest.

The shock was caused as a result of a shallow strike-slip fault that lies on Eastern California shear zone, an earthquake-prone region.

An amazing phenomenon is the ground rupture that occurred in the Mojave Desert. The maximum displacement recorded via Satellite images was calculated at about 4 meters revealing the NW-SE direction of the fault. “I’ve never seen this before. It’s really dramatic and a super-good illustrator, even for the advanced scientists, all the way down to the grade-school kids,” Brian Olson, an Engineering Geologist with the California Geological Survey, stated.

Using pre-earthquake and post-earthquake imagery from Google Earth and DigitalGlobe, Dr. Sotiris Valkaniotis, an earthquake geologist of Aristotle University of Thessaloniki, Greece, has created GIFs that reveal the surface rupture. The fact that the earthquake occurred in the desert facilitated the efforts to create the aforementioned images. “It’s easier to identify. There is no vegetation … aerially, there are no land-use changes,” Dr. Valkaniotis stated.

Those animations help understand how much earthquakes affect the landscape of California. A remarkable fact is that rocks formed from the same volcano located on top of San Andreas fault some millions years ago, have now moved apart by almost 315 kilometers due to tectonic activity.

Click on the images and the video presented below to watch the ground cracking in Mojave Desert caused the M 7.1 earthquake. 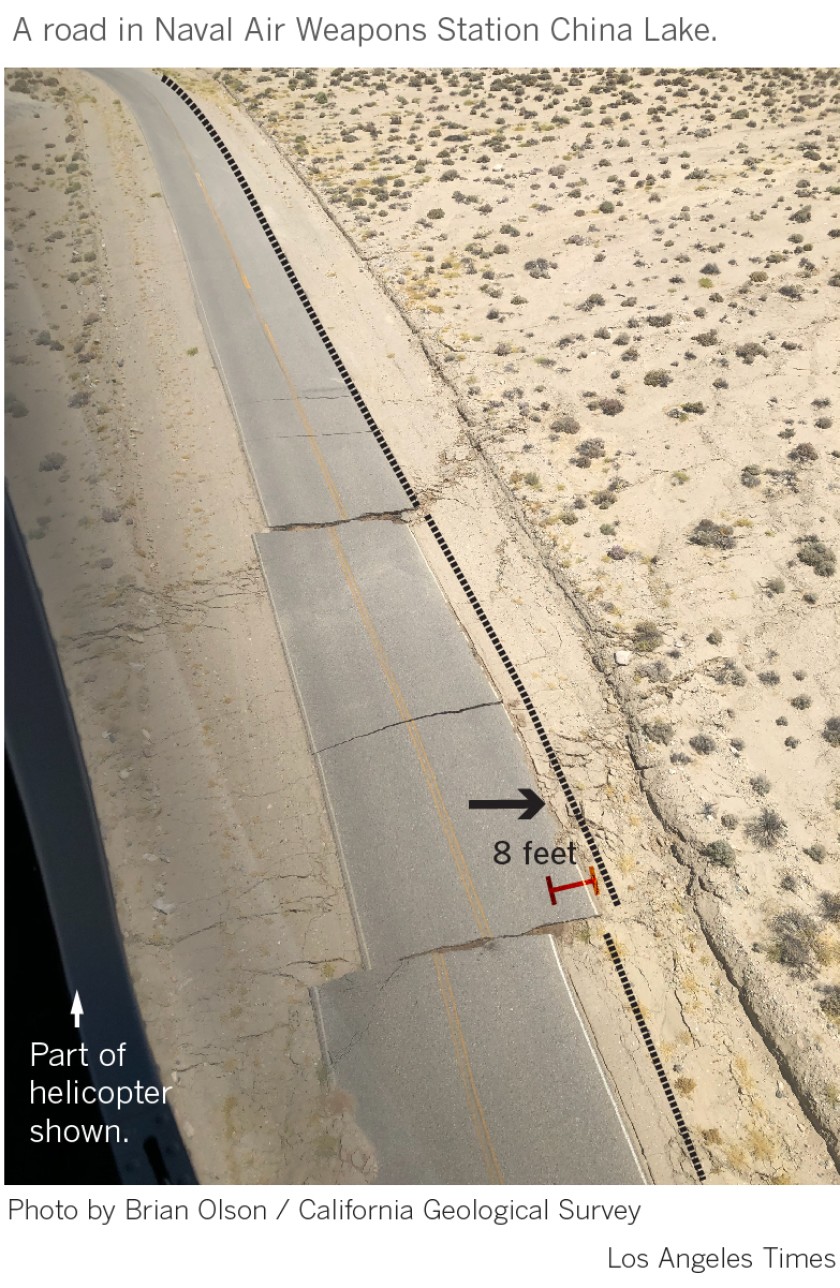 KTLA 5
Fissure Visible in Desert After Earthquakes in Southern California