An enormous landslide took place at 28 of November 2020 near the remote glacial valley of West Grenville, resulting in a “catastrophic damage” to the land and waterways in Homalco First Nation territory, according to a news release from UNBC.

A new research publication at the journal of Geophysical Research Letters, from UNBC scientists together with the Hakai Institute and B.C’s Forests Ministry, discovered that an unprecedented sequence of events in the southern Coast Mountains caused a landslide that triggered the tsunami in a glacial lake and the flooding. The aftermath of the landslide, included more than 60 kilometers of sediment plume, resulted from the flooding of the fiord with water, organic debris, and fine alluvial sediments. Moreover, the disaster changed the water temperature and chemistry causing severe disruption of the natural habitat of Elliot Creek and Southgate River, affecting specially salmon spawning and destroying forests according to the scientists. In terms of numbers, according to Hakai Institute, nearly 50 million tons of rock were dropped from the steep Elliot Creek slides.

“Imagine a landslide with a mass equal to all of the automobiles in Canada, travelling with a velocity of about 140 kilometers an hour when it runs into a large lake,” said the lead author, Marten Geertsema, who is an adjunct professor in UNBC’s ecosystem science and management program.

Geertsema said the landslide displaced enough water to cause a tsunami with a wave height that exceeded 100 m.

“This drained most of the lake water, which then travelled down (a 10-km)-long channel causing widespread channel erosion and loss of salmon habitat,” he said. “It took about 30 seconds from when the rock started to detach on the slope for that mass of rock to enter the lake and, that produced a huge displacement wave. And everything was removed, all the trees and the soil, and so that was spectacular.”

The region had been soaked in up to 103 millimeters of rain in the week leading to the landslide, while snowmelt may have also contributed up to 30 mm of water, the report said. Other factors the researchers say led to the slide were fractured bedrock at the base of the slope due to glacier retreat.

The report said this kind of hazard in high mountains can happen because of rapid deglaciation.

“It’s certainly consistent with what we might expect under a changing climate,” Brian Menouno, a UNBC geography professor and co-author of the study, said.

He said these landslides can occur when the glacial ice fills some of these valleys and the supports of these steep, unstable slopes are removed.

“Then those steep unstable slopes are susceptible to failure. And that’s what we think happened. We’re still not entirely certain what the actual trigger was, but we know that the removal of that ice played an important role.”

Both Menounos and Geertsema said their work couldn’t have been done without the partnership of the Homalco First Nations and the data from the Hakai Institute.

The study notes that while landslides and outburst floods aren’t new in the mountain regions, salmon are now experiencing low returns because of a variety of factors, including climate change and habitat degradation.

“Under a warmer climate, we know glaciers are continuing to retreat. And will continue to do that, in large part due to greenhouse-gas emissions. And as they do that, they expose not only steep terrain, but they can also start to expose areas where there are large lakes,” said Menounos.

Landslides have created tsunamis before. For example, there was one on Mount Colonel Foster on Vancouver Island just over five years ago and it created a 50 m wave. 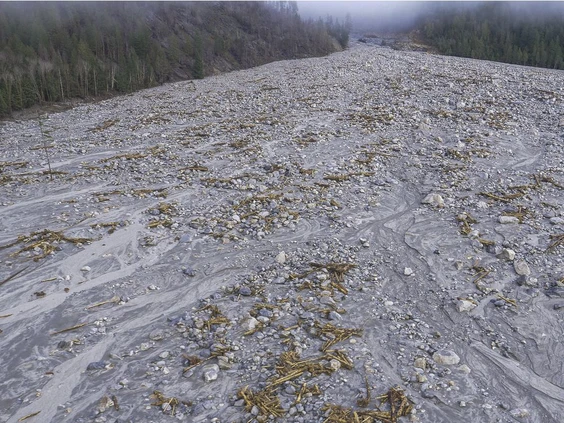 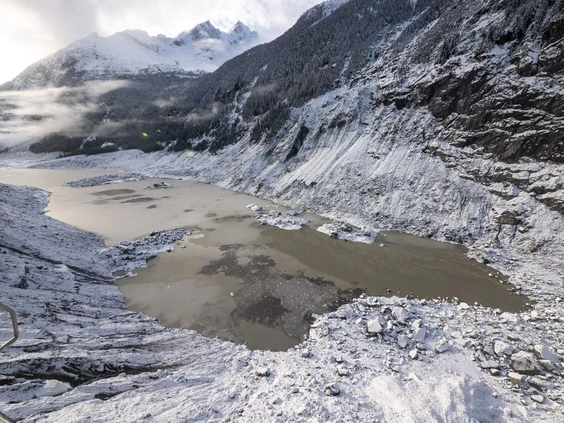 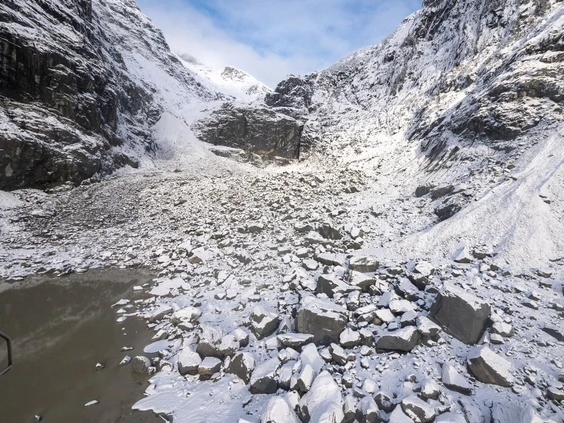 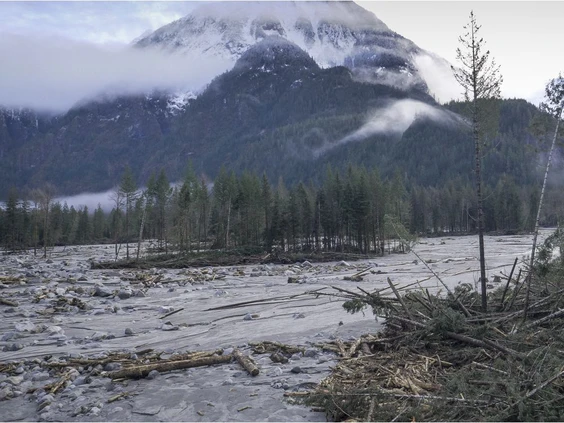 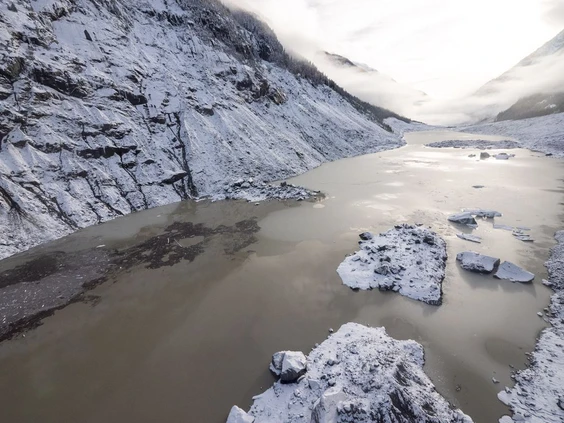