How to easily understand the torsion correction function of ADM？ Sponsored

How to easily understand the torsion correction function of ADM?

Why does the inclinometer casing experience torsion?

There are many reasons for torsion of the inclinometer casing, mainly including the following three aspects:

What’s the influence of torsion on the measurements?

Bind ADM to a vertical pole and put ADM against a wall at an angle. We can now envisage that ADM is monitoring a slope. The mark line point towards the wall. 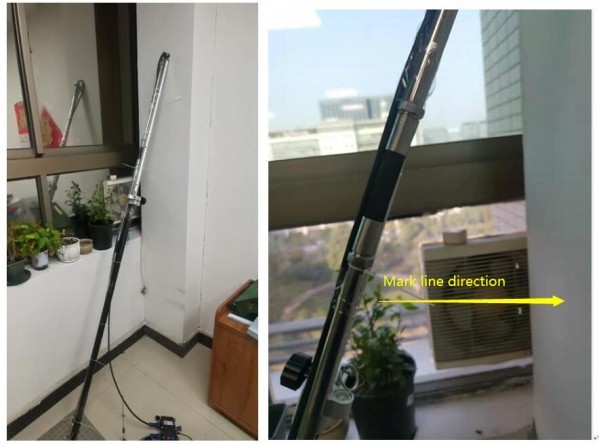 Based on the observation chart, we know that, before torsion is developed, the observation data are very stable. We will compare 4 parameters to illustrate the change after torsion happens.

The picture bellow shows the X absolute coordinates in 5 minutes. (X direction is same as the mark-line direction)

2. Deformation value of X and Y before torsion 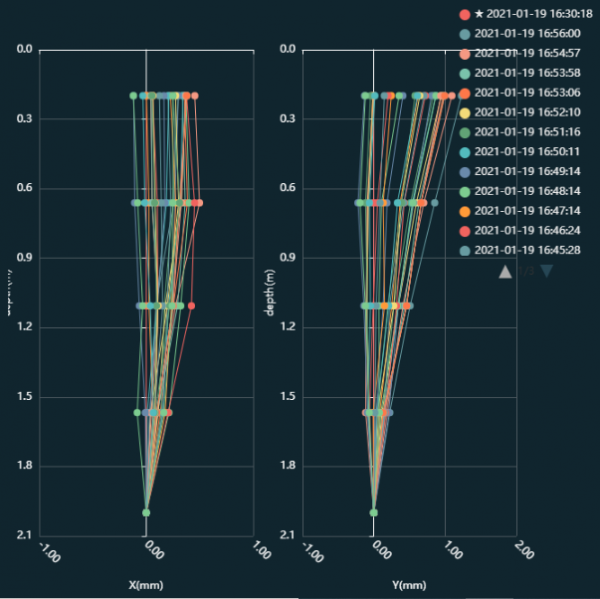 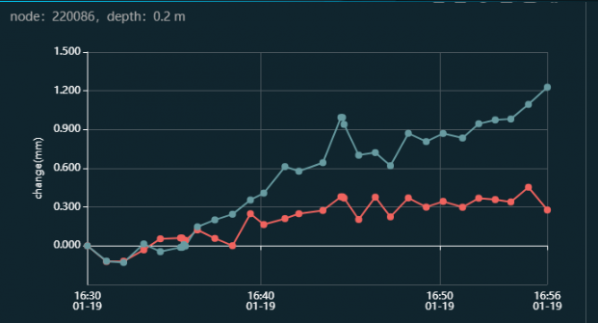 4. Now, ADM is twisted 180 degrees; the mark line now points towards the opposite direction. 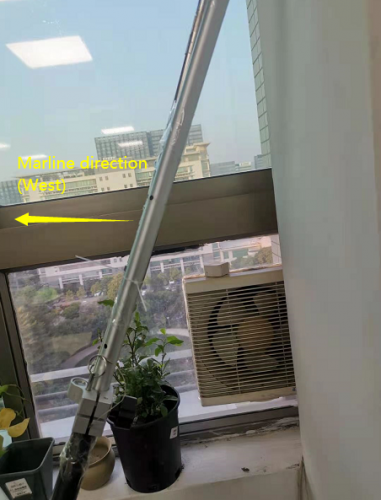 We can see that after torsion, absolute value of X is the negative of the value before torsion. 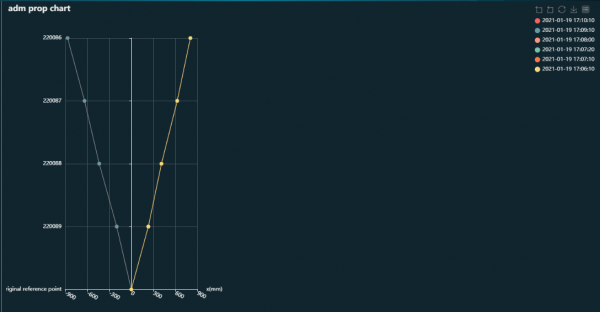 6. Deformation value of X and Y after torsion 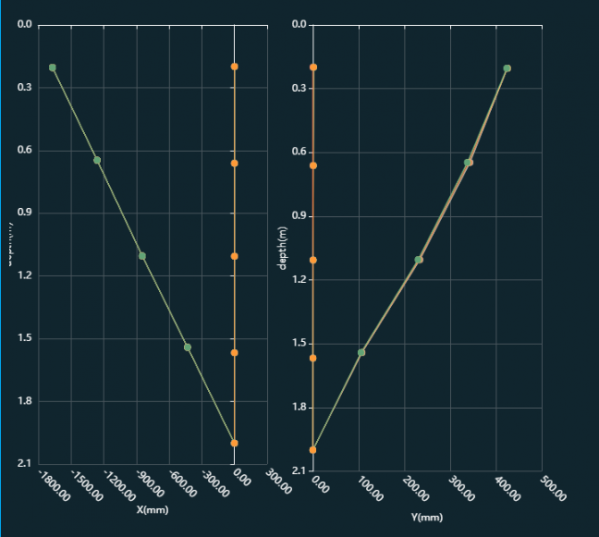 We can see that node 220086’s deformation value becomes bigger abruptly, something that is abnormal. 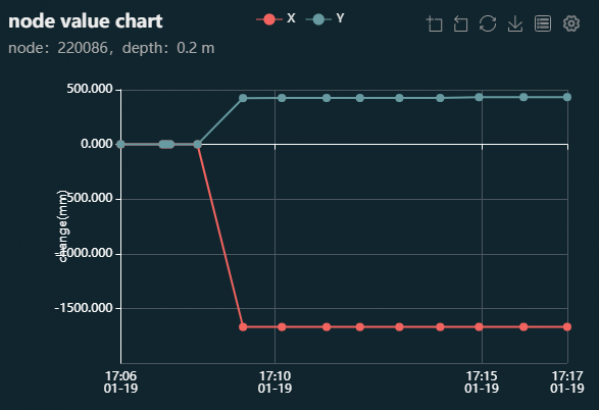 How does ADM correct the influence on the measurement data?

For the ADM monitoring system, it just takes 3 easy steps, to correct the data for torsion and save them.

1. Select the moment before torsion occured. 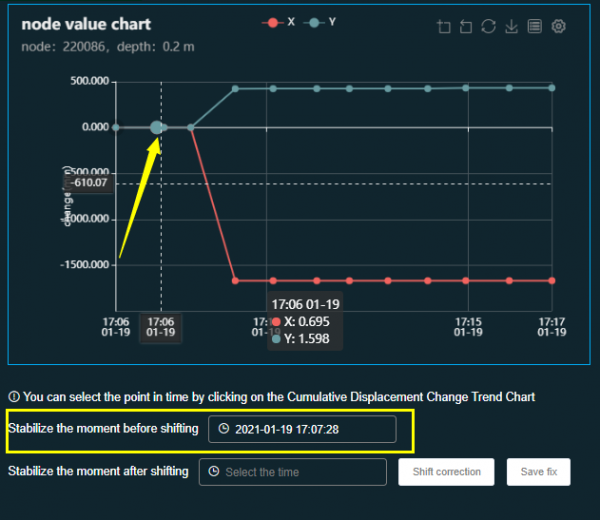 2. Select the moment when torsion stopped 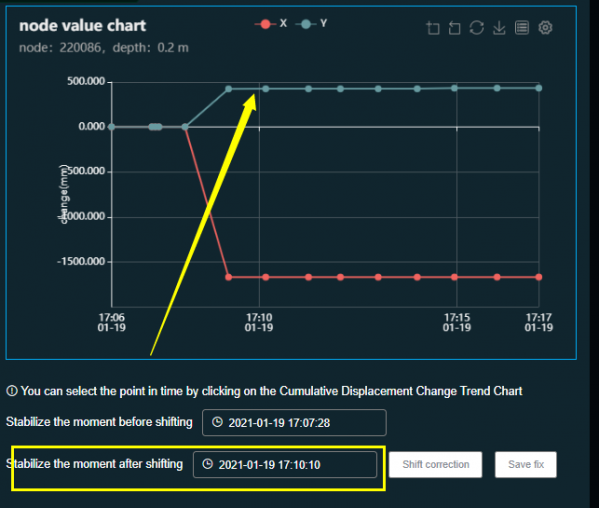 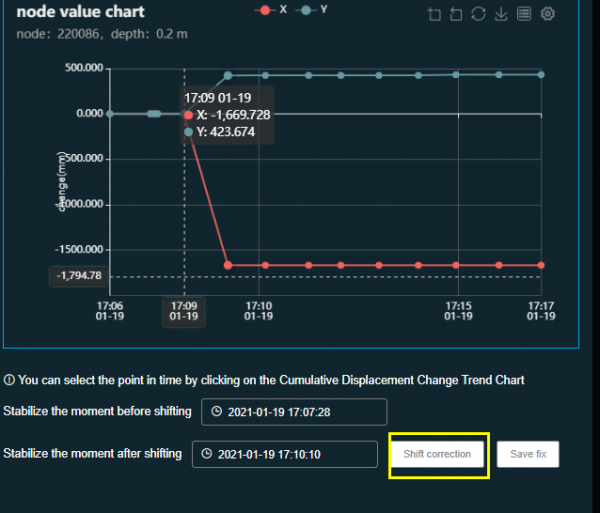 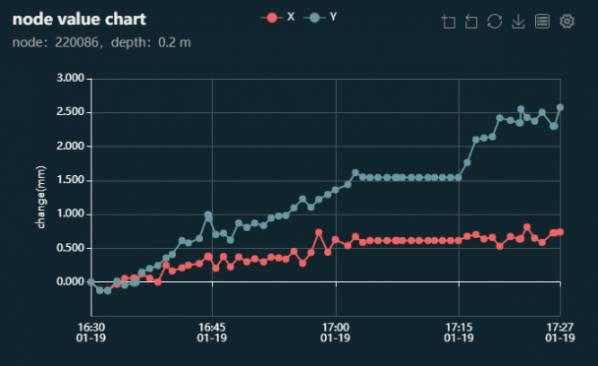 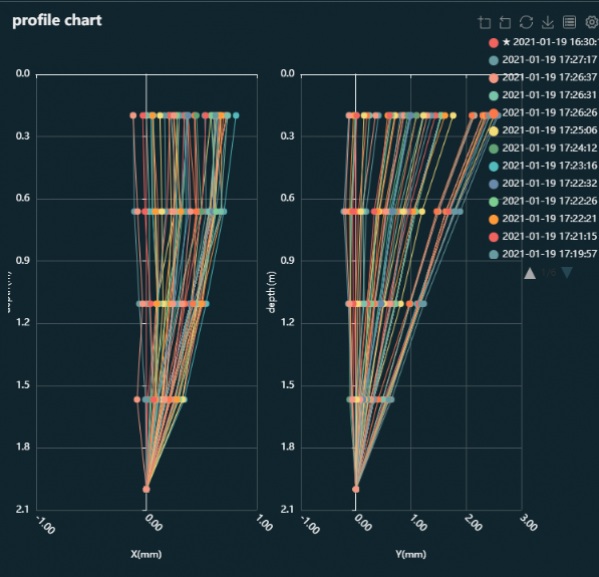 Based on the test described above, we can see that the torsion of the inclinometer casing has a big effect on the measurement data. When the ADM is rotated 180 degrees, the angle between gravity and ADMS doesn’t change, but the deformation value shows a large change. Therefore, the torsion correction is necessary in horizontal deformation monitoring.

Looking for more information? Fill in the form and we will contact GINTEC for you.

More than 170 people are feared dead after a glac...

Vale, the company owning a mining waste dam that...

With the introduction of the PLAXIS CONNECT Editi...