At least one person was killed as heavy rain caused a landslide on the Italian holiday island of Ischia on Saturday and thus Italy has declared a state of emergency. On Sunday morning, 10 people remain missing, eight people have been rescued and 209 more evacuated from the area where the landslide occurred, the Campania Prefecture office told CNN.

Italian Prime Minister Giorgia Meloni announced the state of emergency over what she called “exceptional flood and landslide events” in a statement on Sunday. €2 million ($2.082 million) in aid and assistance are provided to the local population affected by the landslide, and came into effect from Saturday, the statement adds.

Search and rescue operations were underway in the small town of Casamicciola Terme and reinforcements were sent from Naples, said the Italian Fire Brigade, but weather conditions complicated the search, Italy’s Civil Protection department told CNN on Saturday.

The operations were being coordinated by the Naples prefecture, authorities told. Seventy firefighters are currently on the island assisting with the search and rescue, Italian Fire Brigade said in a tweet.

Ischia, in the Gulf of Naples, was hit by torrential rain early Saturday, damaging cars, buildings and roads. Videos and images shared by local and national authorities earlier today showed the destruction in the port town of Casamicciola Terme.

“It is a time of pain and great emergency,” Vincenzo De Luca, governor of the Campania region, where the island is located, said on Saturday, thanking Prime Minister Meloni for her close contact and message of solidarity.

Meloni said on Twitter that she was in contact with local authorities, expressing solidarity with residents and thanking the rescue services. Ischia mayor Enzo Ferrandino described the incident as a “tragedy” and urged people not to leave their homes, reports ANSA news agency.

In February 2021 a landslide on the Italian coast near Genoa caused the collapse of a cemetery, leading to hundreds of coffins falling into the sea. 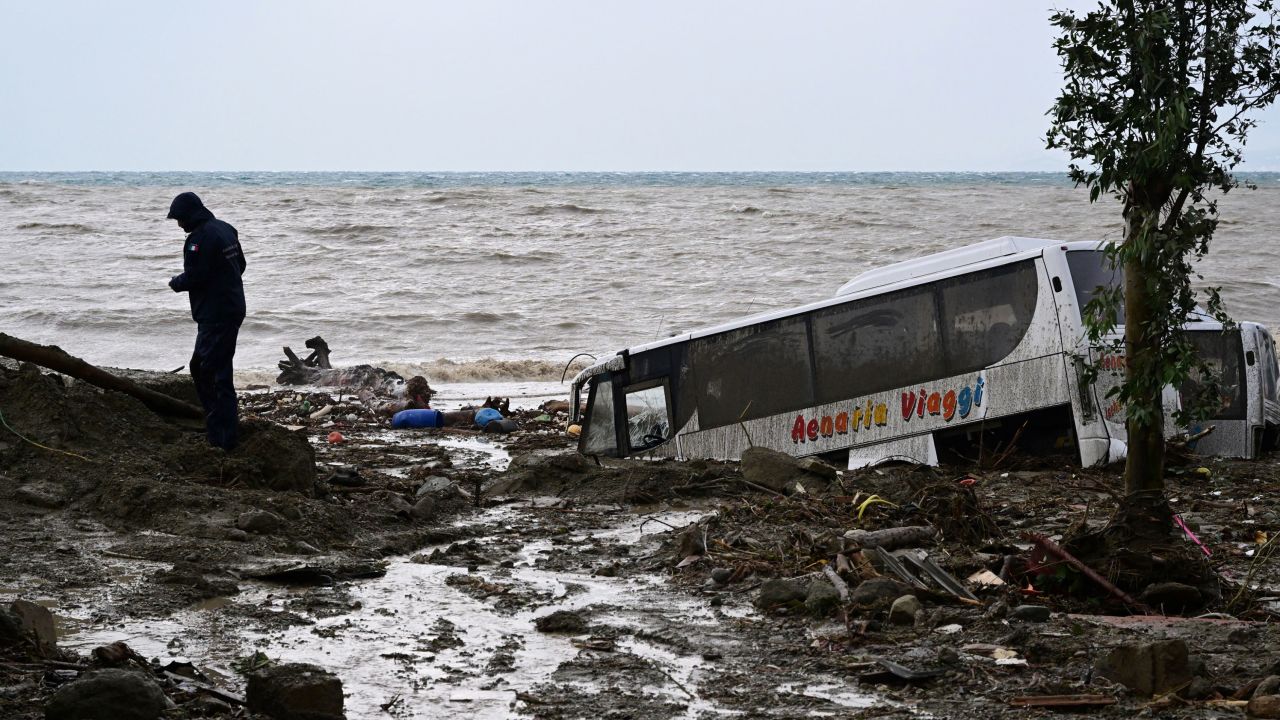 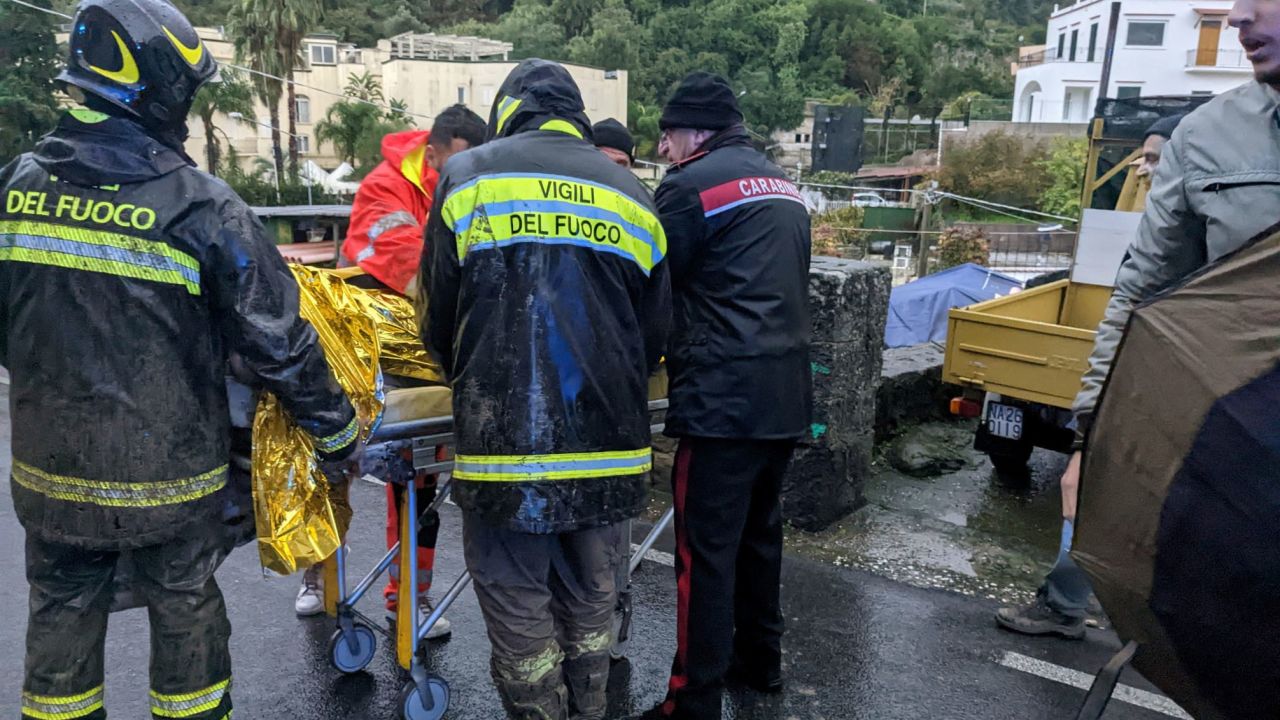 Footage of a landslide on the Italian island of Ischia, today. (Frana Ischia)

A 4.3-magnitude earthquake hit the Italian holiday island of Ischia at 8:57 p.m. local time on Monda...

Fifteen people have been confirmed dead and more than 100 are still missing, due to the landslide th...