At least 13 people were reported dead after a landslide struck in Ivory Coast.

The slide occurred on June 18, 2020, and affected a community in Anyama suburb of Abidjan, the economic capital city of Ivory Coast. The landslide swept away 20 residences, killing 13 people, including several children, while more are still missing. 10 people were injured and were later hospitalized. The railway between the Abidjan and Ouagadougou cities was also impacted after its rail tracks were covered by a few meters of debris.

Rescue operations are underway to find those missing. Unfortunately, the death toll is expected to rise. "The toll could get higher with the ongoing search. We could have at least 20 dead as a result of the landslides because there are still a lot of houses to explore," Amidou Sylla, the mayor of Anyama, explained.

The landslide occurred after heavy precipitation had struck the region for several days and it was preceded by a drainage channel failure. The drainage channel had been blocked off for months, a fact that led to water accumulation in the slope and probably contributed to the failure.

Rainfall-induced landslides are mainly caused due to the rise of pore water pressure within the soil that reduces its normal effective stress. Given that a soil's shear strength is correlated with its normal effective stress, the stability of a slope is compromised resulting in landslides. A secondary factor that also negatively impacts the stability of the ground is the weight increase of the soil's mass due to the soil's water absorption.

According to Hamed Bakayoko, the Defense Minister of Ivory Coast, the region where the slide hit received more than 3 times as much precipitation compared to the season's usual rates, which are already high as Ivory Coast experiences a rainy season from April to October due to the African monsoon.

Floods and landslides are common in Abidjan due to the aforementioned rainfall phenomena that cause soil's erosion. Unfortunately, many communities are established in hillsides where the ground is prone to landsliding. As a result, many people are in danger and numerous casualties are recorded annually.

Increased precipitation this year may cause issues with the production of cocoa beans in Ivory Coast which is one of its largest economic sectors that makes the country a leader in cocoa production worldwide. Farmers stated that the rainfalls are so intense that they could result in crop reduction within the next months. 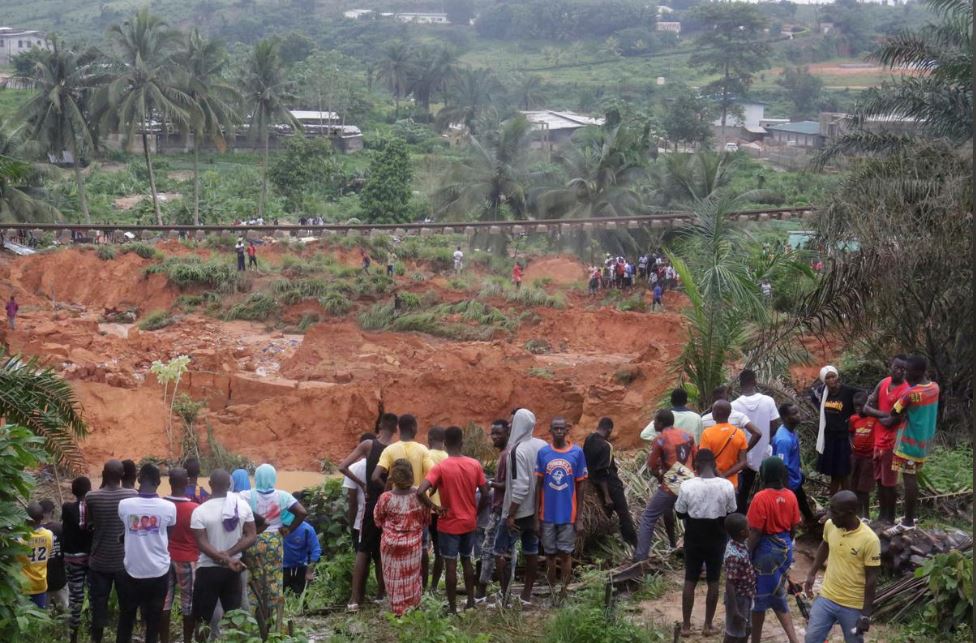 A new study indicates that urbanized areas are more prone to landslides caused by precipitation tha...