When a foundation is not rigid, the stress distribution and the modulus of subgrade reaction depends on its flexural rigidity.

In general, the maximum bending moment that a flexible foundation experiences is significantly lower than that of a rigid foundation.

Depending on the value of parameter λ, the flexibility and the subgrade reaction model can be selected as following:

For foundations of intermediate rigidity, the modulus of subgrade reaction is initially calculated via the following equation (Vesic, 1961):

Then, the parameter λ is derived to determine whether the foundation is indeed of intermediate rigidity (Equation 1).

If π/4 , the foundation’s subgrade reaction is evaluated using the Winkler’s method with the derived modulus k.

The analysis is conducted by solving the differential equation of equilibrium of a beam on a Winkler’s foundation:

Where q is the distributed load along the beam (kN/m), B is the width of the beam (m), Eb is the beam’s modulus of elasticity (ΜPa), I is the beam’s moment of inertia (m4) and y is the deformation of a spring at a given point (m).

When it comes to flexible footings the methodology remains the same. The modulus of subgrade reaction is calculated via Equation 2 and parameter λ is derived subsequently.

In this case, λ > π, therefore, either the Winkler model is utilized as presented above, or the foundation can be assumed of infinite length and thus, analytical solutions can be used through the theory of “infinite beams” on an elastic foundation.

Based on the analytical solutions, the settlements of the foundation and its section forces are derived as a function of a point’s distance from the concentrated load P as presented in Figure 2.


The same principle applies in the case of a concentrated moment acting on a certain point of an infinite length foundation. The settlements and the section forces are also derived as a function of a point’s distance from the concentrated moment Μ, as shown in Figure 3.


The resulting settlement, bending moment and shear force at a certain point x is derived through the following equations:

When an “infinite length” foundation is subjected to multiple types of loads (concentrated loads and moment loads), the superposition principle can be utilized and each load should be taken into account separately as shown in the example below.

A strip beam is founded on a soil layer. In this example, the settlement and the section forces that will develop are calculated.

Based on the characteristics of the foundation and the ground properties, the relative foundation-soil stiffness will be derived to determine which method will be utilized.

Table 1: Structural and geometrical characteristics of the Strap Beam foundation 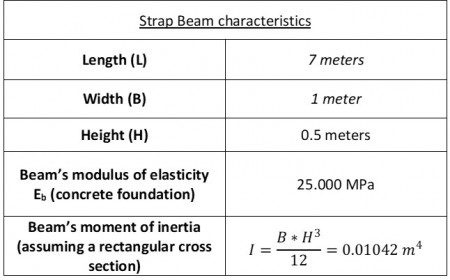 Table 2: The elastic properties of the soil layer

Based on these assumptions, the subgrade coefficient is calculated via Equation 2, as:

The parameters λ and λ’ are then derived using Equations 1 and 7, as:

As a result, the foundation can be considered flexible. Therefore, analytical solutions that derive from theory of infinite beams on an elastic foundation will be utilized.

For this example calculation, it is assumed that both a vertical and a moment load are acting on the foundation (Figure 4). Therefore, the analysis of complex loads acting on a certain point will be employed.

The following obituary is distributed through the...