Vane shear testing is one of the most common in-situ methods for the estimation of the undrained shear strength of the soil. The photos shown in this page are taken during the site characterization of a site in the Bay Area as part of the "Advanced Soil Mechanics Laboratory" course instructed by Professor R.B. Seed and M. Riemer at the University of California at Berkeley. 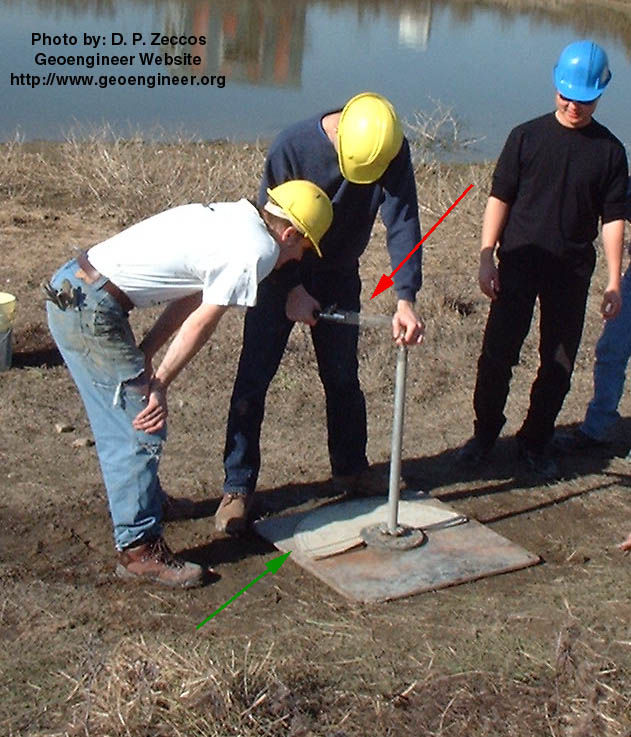 The Figure close beside illustrates the vane shear tip used in the tests. The tip has a diameter of 7.5cm and a height of 11.2cm. Typically the ration of height to diameter should be 2. The Vane is introduced into the borehole to the depth where the measurement of the undrained shear strength is required. Then it is rotated and the torsional force required to cause shearing is calculated. In the following Figure, you can see a manual vane shear. The blade is rotated at a specified rate that should not exceed 0.1degrees per second (practically 1degree every 10sec). The amount of rotation is specified in the green arrow whereas the red arrow has a device that measures the required Torque. The procedure and the equipment typically should follow the procedures suggested by the ASTM D2573-72. 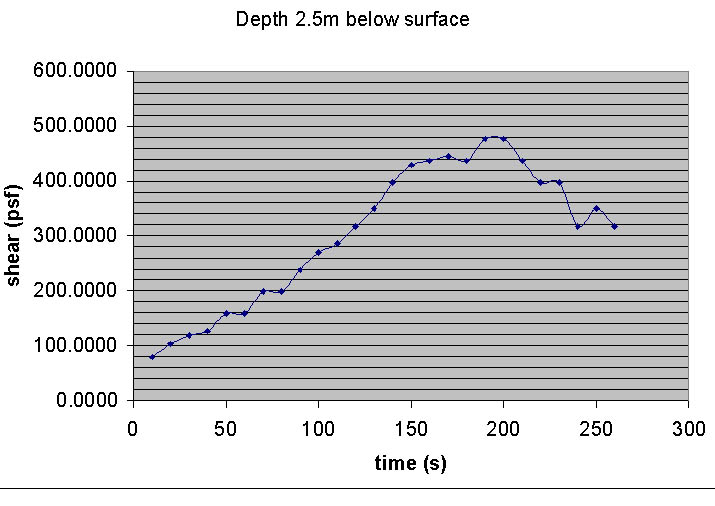 This report contains a review of the in situ geophysical testing methods used to determine the shear wave velocity of geologic materials. Brief overviews of several geophysical techniques are provi...