What is Soil Consolidation?

Soil Consolidation refers to the process in which the volume of a saturated (partially or fully) soil decreases due to an applied stress. The term was introduced by Karl von Terzaghi also known as the "father of soil mechanics and geotechnical engineering". Terzaghi established the one-dimensional consolidation theory and changed the definition of the term since it was previously associated (and still is, in geosciences) with the compaction of clay sediments that formed shales.

The increment of applied stress that causes consolidation may be due to either natural loads (e.g. sedimentation processes), or human-made loads (e.g. the construction of a building or an embankment above a soil mass) or even the decrease of the ground water table.

The duration of the consolidation process is a critical issue and highly depends on the permeability of the soil subjected to the load and on the drainage paths. In general, consolidation in sandy soils is a quick process (occurring possibly immediately during construction) whereas the process may last for many years or even decades in clay soils.

The consolidation procedure is commonly separated into 3 stages:

The simplest case of consolidation examined is the one-dimensional consolidation. In this case, the lateral strain of the soil mass is neglected. The testing procedure to quantify the critical soil properties associated with soil consolidation is the Oedometer Test. The term “Oedometer” derives from the Ancient Greek language and means “to swell”. The test is one of the most commonly conducted, and important, laboratory tests in geotechnical engineering. The Oedometer Test aims at measuring the vertical displacement of a cylindrical, saturated soil sample subjected to a vertical load while it is radially constrained. In the subsequent test, the incremental loading consolidation test is described. Note that there is also a constant rate of strain (CRS) test, that nowadays is becoming more popular

A typical Oedometer test set-up, shown in Figure 1, is composed of: i) a consolidation cell, ii) a loading frame, and iii) a deformation measurement mechanism.

The consolidation cell consists of the following components:

The loading frame configuration is composed of a loading beam and dead weights. The configuration allows for a constant load to be maintained indefinitely. The application of the load causes deformation of the loading frame, the porous stones and the soil sample. Since the test is intended to measure only the deformation of the soil, the other movements (machine deflections) must be measured and later subtracted from the total deformation. This is achieved by measuring the deflection of the set up using an aluminum sample, which is characterized by linear elastic, and thus known, response.

The vertical deformation measurements of the soil specimen is performed using a dial gauge (most often) or an electronic instrument. 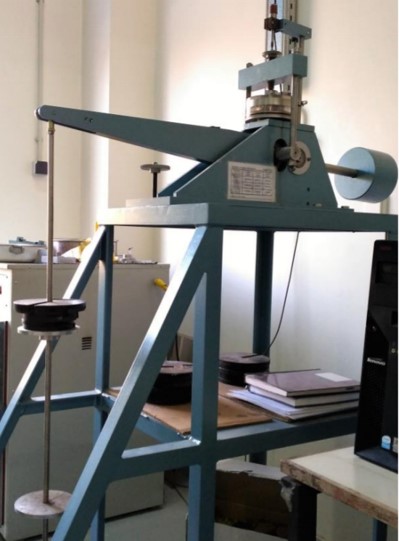 The load is maintained for a period of 24 hours (in certain clays the required time is 48 hours) during which the soil consolidates with drainage from the porous stones. Afterwards, the applied load is increased incrementally by doubling the applied stress at each stage. The number of the load stages and the maximum stress applied depends on the stress range of interest. During the loading process, water is provided into the cell so that the specimen remains fully saturated. At each loading stage, readings of deformation are taken systematically to develop a time-settlement curve. That is, after the application of each load, the deformation is measured at 6, 15, 30 seconds, then at 1, 2, 4, 8, 16, 30 min and at 1, 2, 4, 8 and 24 hours, respectively. When the maximum load is reached, and possibly in a load increment in between, an unloading stage is introduced that may be conducted in one or multiple steps; typically, the load is reduced by a factor of 4 at each step. When the test is completed, the final height of the sample and its water content are measured.

Results and Parameters derived from the Oedometer Test

The following soil properties are derived from the Oedometer Test:

Determination of Coefficient of Consolidation, CV

The coefficient of consolidation, CV can readily be estimated from the time-settlement curve using graphical methods. There are two, most commonly used, methodologies: 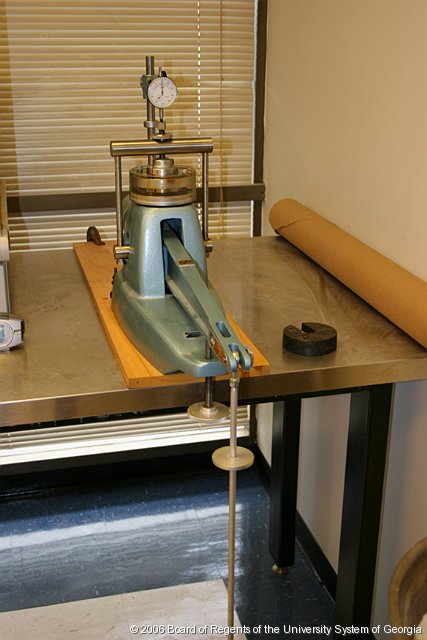 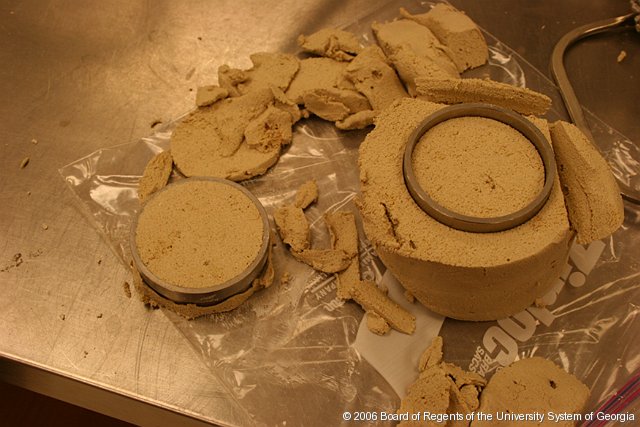 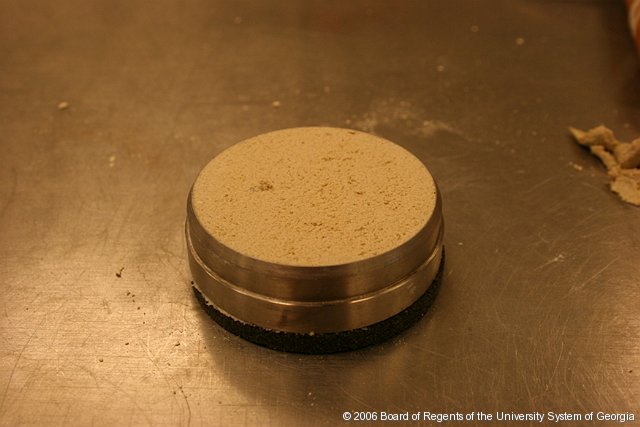 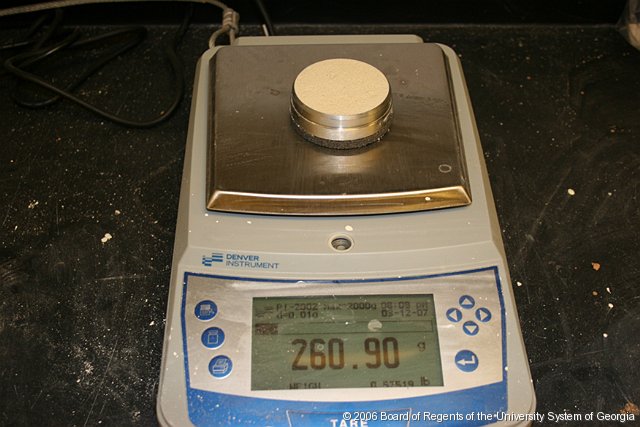 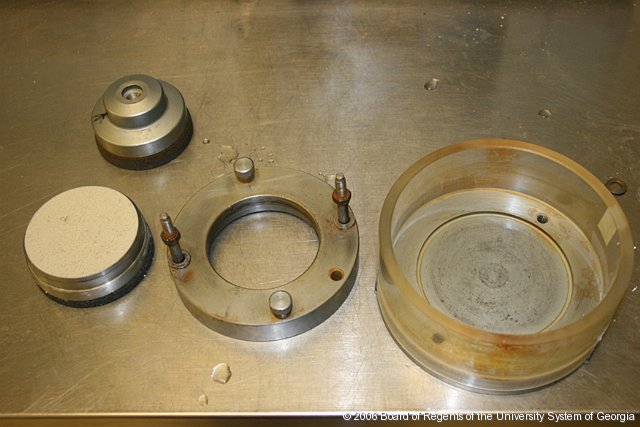 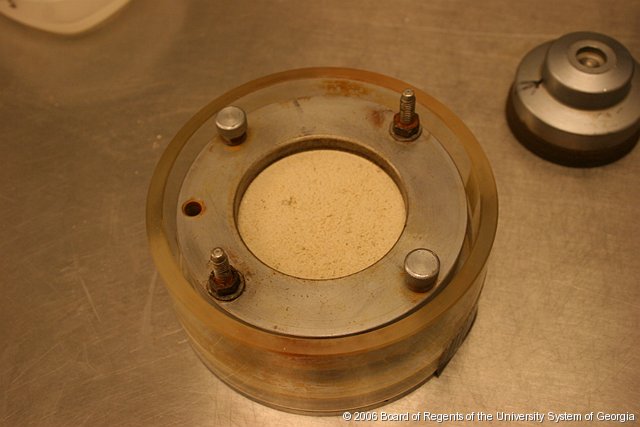 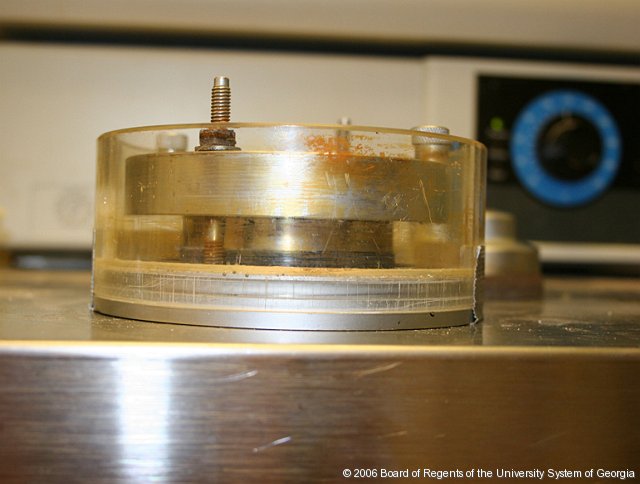 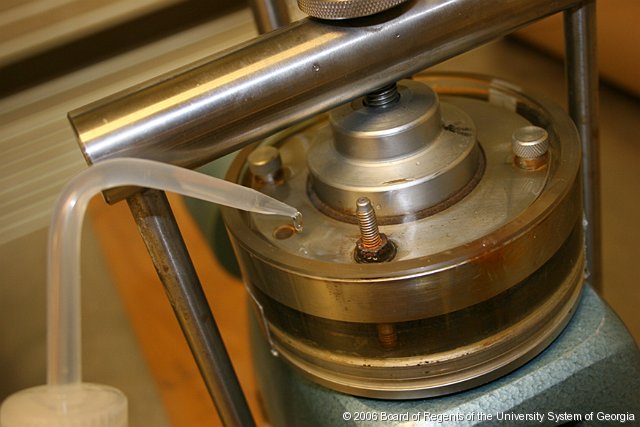 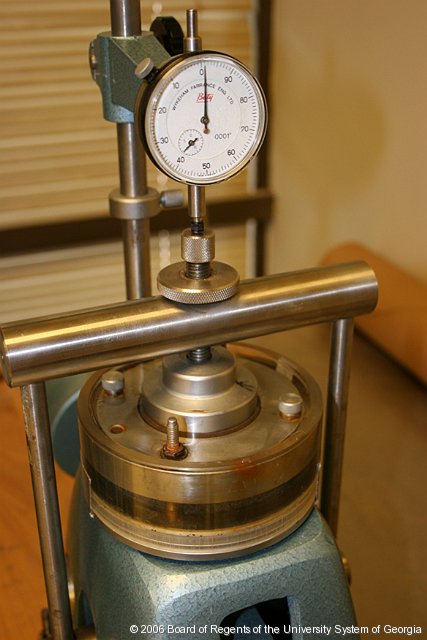 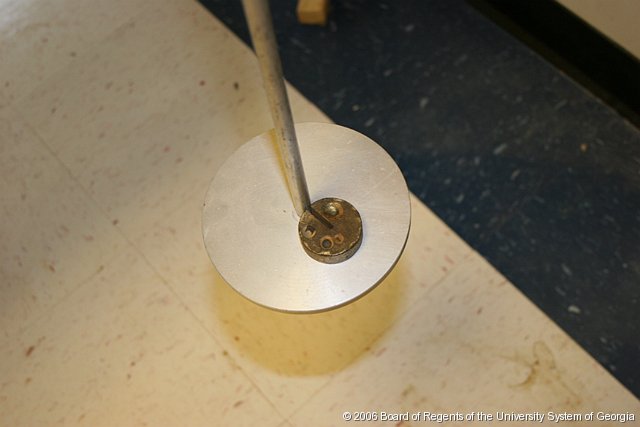 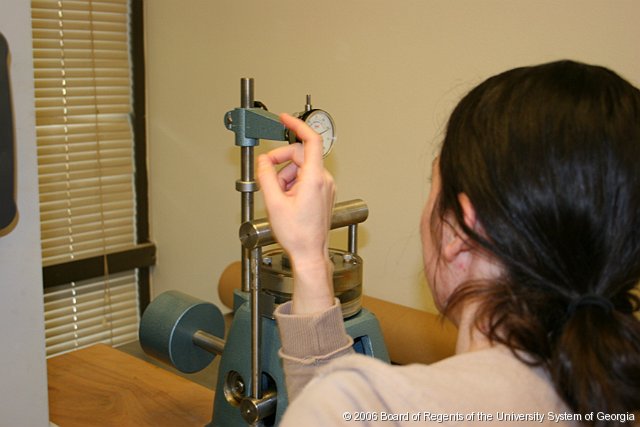 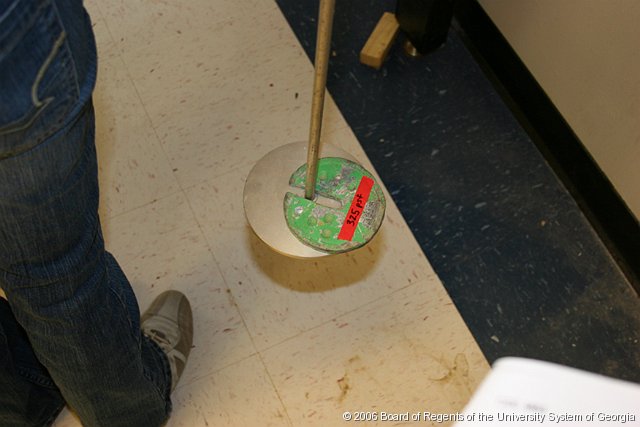 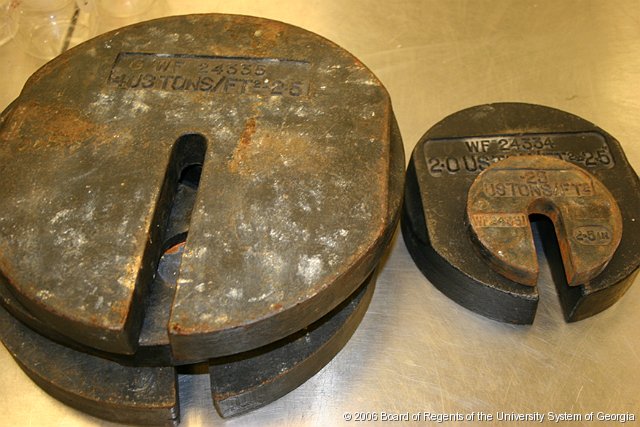 Procedures for preparing a specimen and conducting a one dimensional consolidation test.
Prof. William A. Kitch (Angelo State University)

Settlements refer to the soil’s movement in the vertical direction typically induced by stress chan...

The following was prepared by Dr. Ronald B.J. Brinkgreve, and first presented by Virtuosity. The te...

Introduction The Direct Shear Test is an experimental procedure conducted in geotechnical engi...

Introduction Compaction of soils is a procedure in which a soil sustains mechanical stress and i...

Construction of embankments on soft soil presents a challenge. Soft soil deposits have a high moist...

Theoretical models to predict the capacity of helical piles are based on Soil Mechanics and an appr...

Laboratory testing is an integral part of geotechnical engineering research and practice. A well...

Jul, 17, 2021 Would You give some example for SQD (Specimen Quality Disignation) to check