Point Load (PL) is a test that aims at characterizing rock materials in terms of strength. It is an index test, meaning that it can be performed relatively quickly and without the necessity of sophisticated equipment to provide important data on the mechanical properties of rocks. Index tests have been widely used in soil mechanics (ex., particle size distribution, relative density, Atterberg Limits, water content) but are recently introduced in rock mechanics.

The strength of a rock material is a critical factor especially in designing civil and mining engineering projects. Deriving this critical property is not an easy task, since it requires laboratory tests and special equipment (loading machines, core drilling and sampling techniques). Point Load test is an alternate method that can be used to adequately predict the uniaxial compressive strength of a rock material using a portable and simpler equipment. Schmidt Hammer Rebound test is also a technique used for this purpose but, it is admitted that its results are far more variable and affected by testing methods.

A rock sample with various shapes (see below) is subjected to compression between two conical steel platens until failure. The apparatus consists of a rigid loading frame, a loading measuring system and a simple system of measuring the distance between the two platens. This distance is usually 1.5 to 10 centimeters so that specimens of various sizes can be tested.

The capacity of the loading machine is usually 25kN or 50kN and typically utilizes a hydraulic pressure gauge.

The load measurements are accurate to, at least, 5% regardless of the strength and the size of the sample. A typical, digital, Point Load Test apparatus is presented in Figure 1.

Size and Shape of Specimens

A benefit of Point Load tests is that they can be conducted on cylindrical, rectangular or even irregular specimens given that they comply with some geometric regulations. According to the American Society for Testing and Materials (ASTM), a specimen’s external dimensions must range between 3,0 to 8,5 centimeters with the preferred dimension being 5 centimeters.

Depending on the shape of the specimen, the Point Load strength index can be derived via 4 different types of tests:

Diametral Point Load Tests are conducted on cylindrical samples. The ratio of the specimen’s length to its diameter (2L/D) should be more than unity. The sample is placed in the loading device and is loaded perpendicular to its core axis so that the platens make contact along its diameter. The distance between the free end and the location of the contact points must be greater than 0.5D. Then, the distance between the contact points (which should be equal to the diameter) is recorded and the specimen is loaded to failure. A schematic of a diametral point load test is presented in Figure 2.

The Axial Point Load Test is conducted on cylindrical samples that have a relatively smaller length. The ratio between the length and the diameter of the specimen must range between 0.3 and 1.0. The specimen is placed so that the loading platens are parallel to its core axis. The distance between the contact points is measured before initiating the test. A typical configuration of an axial PL test is shown in Figure 3.

Block Lumps Tests are conducted on rectangular prism samples with a preferable dimension of 5.0 ± 3.5 centimeters. The sample is placed in the apparatus so that its smallest dimension makes contact with the loading platens. As shown in Figure 4, the Diameter to Width ratio should be between 0.3 and 1.0 and the length between the contact points and the free end of the sample, must be greater than 0.5D.

PL tests may also be carried out in irregular blocks that resemble the geometry of a rectangular prism. In this case, a cross-section of a certain block is considered a trapezoid with its top and bottom bases (W1 and W2) being parallel and its height being constant (D). An average width is calculated (W=(W1+W2)/2) and the loading process is similar to that of the Block Lump Test. A schematic of the specimen’s geometric characteristics and the loading forces applied during the PL test is depicted in Figure 5.

In all cases, at least 10 samples of the examined material should be tested in order to obtain reliable results (even more required if the rock is anisotropic or heterogeneous). The distance D should be recorded within ±2% accuracy. The load should steadily increase so that the specimen fails within 10 to 60 seconds.

Based on the mode of failure, Point Load tests are classified as valid or invalid. Invalid tests are not taken into consideration in the final results; therefore, it is crucial to acknowledge when a test is valid. The failure surface should pass through both contact points. Typical examples of valid and invalid modes of failure in PL tests are depicted in Figure 6.

A rock material is considered anisotropic when its mechanical properties change depending on the loading direction. This property is actually presented in many rocks since weak planes are created due to geologic processes and the materials do not appear homogenous. Schist, marble, gneiss and phyllite are some examples of rocks presenting anisotropic behavior.

When a PL test is completed, the raw data include the dimensions of the sample and the load of failure P (kN).

Initially, the equivalent core diameter “De” is calculated based on the shape of the specimen as:

Where, A is the minimum cross-section area of a plane through the contact point of the planes and is calculated as:

The Uncorrected Point Load Strength IS (the term will be explained below), is derived via the following equation:

It is generally acknowledged that, in rock mechanics, the size of a tested specimen affects its mechanical properties. This is highly associated with the non-homogenous nature of rock materials. In bigger samples, there is a higher probability of a weaker plane or a fracture affecting the behavior of the material. For this reason, the value of the IS is corrected based on the size of the sample to a reference dimension (50mm) as:

Where, F is a size correction factor which is calculated as:

After each corrected PL strength index is calculated, the two highest and two lowest values are excluded (given that 10 or more tests have been conducted on the tested material) and the average IS50 is derived.

Estimation of Uniaxial Compressive Strength (UCS) based on IS50

The PL tests are a rock classification index but they can also be used to estimate the UCS of the tested rock. There have been many studies on the correlation between IS50 and UCS and research has shown that there is no valid relation that could predict with high accuracy the actual UCS of a material based on IS50. However, an approximate value can be determined.

The UCS can be estimated using the following formula:

Where C is a constant that depends on the UCS and IS50 ratio. To correctly derive the value of C both PL and UCS tests must be conducted on the tested material but, if no such data are available, generalized values of C for core samples can be used as shown in Table 1.

Table 1: Generalized values of C based on the size of core samples (Data from ASTM, 1995)

For core sizes that range between the given values of Table 1, a linear interpolation can be utilized to derive the value of C.

Suppose that 10 core samples were prepared for diametral PL tests. The distance between the contact points of the two platens (D) and the length between a contact point and the free end (L) are measured before the beginning of the test and presented in Table 2.

The derived parameters including the IS, IS50 and the estimated UCS of each specimen are shown in Table 3. 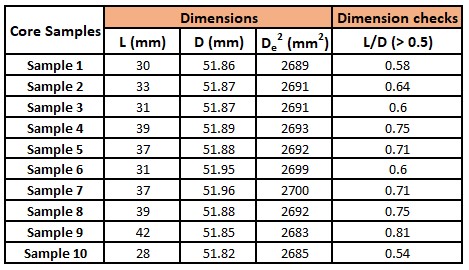 Table 3: The parameters derived including the corrected IS50 and the estimated UCS of each specimen

Based on the derived results, the average IS50 and average UCS of the test set is calculated by excluding the two highest and lowest values of each parameter:

The Unconfined Compression Test is a laboratory test used to derive the Unconfirmed Compressive S...

Laboratory testing is an integral part of geotechnical engineering research and practice. A well...

Soil Dynamics Testing in the Laboratory

Soil dynamic laboratory tests are conducted on specimens retrieved from the area of interest, and...

Helical pile installers and designers get this question all the time: “Do I need to do full scale l...

Testing rocks and aggregates are rarely covered in soil testing books and there are no separate book...

A great benefit of helical piles is their ability to be proven with a load test in the field. Shaw...