The Direct Shear Test is an experimental procedure conducted in geotechnical engineering practice and research that aims to determine the shear strength of soil materials. Shear strength is defined as the maximum resistance that a material can withstand when subjected to shearing.

Generally, the Direct Shear Test is considered one of the most common and simple tests to derive the strength of a soil and can be performed on undisturbed or remoulded samples.

The qualitative correlation of those components is expressed as:

The soil specimen is placed in an apparatus known as shear box which consists of two metallic plates, two porous stones, two screws, a gripper disk and a loading cap where the normal stress is applied. The shear box, that may be circular or square-shaped, restricts the specimen’s horizontal strain but enables shearing on a horizontal plane where the two metallic plates meet. A schematic of the experimental configuration is presented in Figure 2. 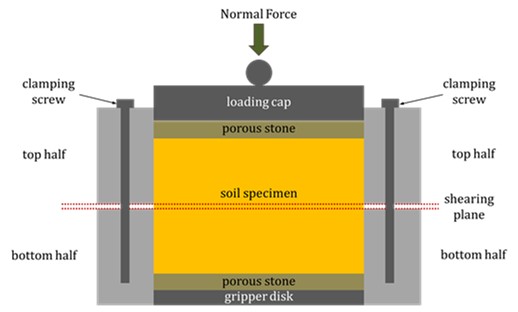 Figure 2: The experimental configuration of the shear box.

The shear box is then placed in the shearing device. Initially, a direct normal pressure is applied at the top of the sample using a leverage weight or via a pneumatic system. This phase is known as the consolidation stage and proceeds in an incremental manner similarly to that of a typical consolidation test. At this stage, the metallic plates are screwed together.

Before the shearing stage begins, one metallic plate is slightly raised to ensure the separation of the two halves of the apparatus and secure that the normal and shear loads are transmitted only through the specimen.

Afterwards, a shearing stress is applied along the pre-determined horizontal plane until the specimen fails. The shearing device applies a constant displacement rate with 5% accuracy tolerance. This rate depends on the soil characteristics and should be relatively small to prevent pore pressure built up thus providing sufficient drainage. Ιt is controlled by a servomotor device and a gear box assembly.

The vertical and horizontal deformation are calculated via dial gauges.

The shearing device is not equipped with sensors to measure pore pressure during the test. Therefore, it is crucial that the sample is saturated and the consolidation process is completed before the shearing begins. Otherwise, if pore water pressure increases during the test, the shear strength of the sample will be underestimated.

Common errors that occur during direct shear testing include disturbing the sample before the test, not allowing it to fully consolidate or selecting a shearing rate that is too high.

Disturbance usually affects the sample’s structure and reduces its strength. Therefore, the results of the test are not representative of the actual soil’s behavior.

Similar to failing the consolidation process, a larger shearing rate will lead to an increase of pore-water pressures, reducing the effective shear stress and resulting in lower strength.
The testing procedure can be summarized in the following stages:

A Direct Shear Machine configuration is shown in Figure 3. 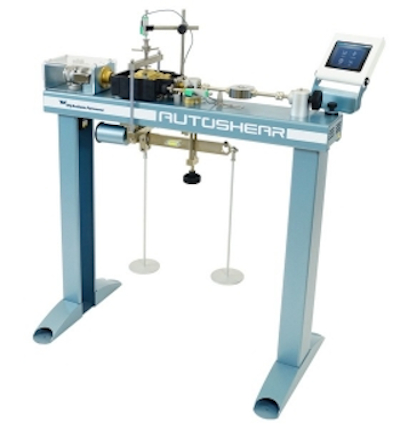 Firstly, the density of the soil specimen is derived by dividing its mass with its volume (which corresponds to the volume of the specimen measured inside the shear box):

The specimen fails on a pre-determined horizontal plane that depends on the dimensions of the shear box. Therefore, its initial area is known. As shearing proceeds, the shearing surface changes and corresponds to the intersection of the bottom and the top part of the shear box. The specimen area for a circular specimen at any given point during the test can be calculated using the following formula (Bareither et al., 2008):

where Ac is the corrected area, Ai the initial area, δh is the horizontal displacement and D is the diameter of the shear box.

The normal and shear stresses applied are calculated as following:

where FV is the vertical force applied, FH is the horizontal stress applied and Ac is the surface of the cross-section.

The shear strength of the soil material is defined as the point with the higher recorded horizontal stress.

For every test, the horizontal shear stress is plotted versus the shear displacement. Depending on the soil density, a different behavior in terms of shear strength-shear strain is presented. Dense sand or over-consolidated clay samples tend to obtain a maximum shear stress that subsequently drops reaching a fixed value known as residual strength. When a loose sand or a normally consolidated clay sample is subjected to direct shear testing, the peak strength coincides with the aforementioned residual strength. An example of dense/loose sand response is presented in Figure 4. 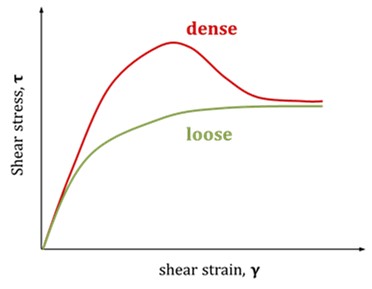 Figure 4: Shear stress versus shear strain plot on a dense and a loose sand sample

In terms of vertical strain (corresponding to volumetric strain), a dense sample experiences a transition from compression (in initial shearing stage) to dilation while a loose sample is constantly in a compressive phase as shown in Figure 5. 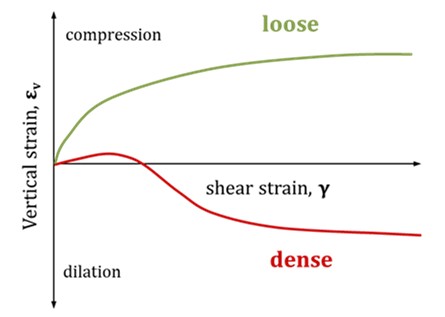 Figure 5: Vertical or volumetric strain versus shear strain for a dense and a loose sample

After conducting at least 3 tests at different normal stresses, the maximum shear stresses derived at each one is plotted versus the normal stresses and the best fit line determines the optimum Mohr-Coulomb Failure Envelope. The components of cohesion and friction angle are derived. An example is shown in Figure 6. 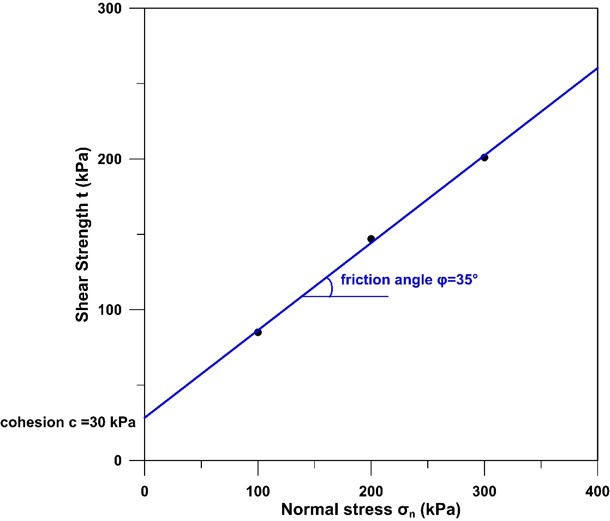 This short how-to video will guide you step-by-step on how to perform a direct shear test.
Wykeham Farrance | CONTROLS Group

VertekCPT: Do you know about Soil Shear Strength ?

Shear strength is the ability of a material to resist shear forces - that is, forces that produce a...

Vane shear testing is one of the most common in-situ methods for the estimation of the undrained sh...