Compaction of soils is a procedure in which a soil sustains mechanical stress and is densified.  Soil consists of solid particles and voids filled with water or/and air. A more detailed explanation of the three-phase nature of soils is provided in Soil as a three-phase System. When subjected to stress, soil particles are redistributed within the soil mass and the void volume decreases resulting in densification. The mechanical stress may be applied by kneading, or via dynamic or static methods. The degree of compaction is quantified by measuring the change of the soil’s dry unit weight, γd.

Within the framework of engineering applications, compaction is particularly useful as it results in:

Those factors are crucial in structures and engineering applications such as earth dams, embankments, support of pavements, or support of foundations.

The degree of the compaction depends on the soil properties, the type and amount of energy provided by the compaction process and the soil’s water content. For every soil, there is an optimum amount of moisture for which it can experience its maximum compression. In other words, for a given compactive effort, a soil is reaching its maximum dry unit weight (γd,max), at an optimum water content level (wopt).

The compressibility of a relatively dry soil increases as water is added to it. That is, for water content levels dry of optimum (w 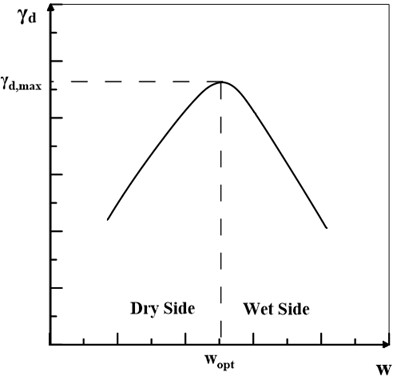 Figure 1: Effect of water content on the dry unit weight during compaction of a soil 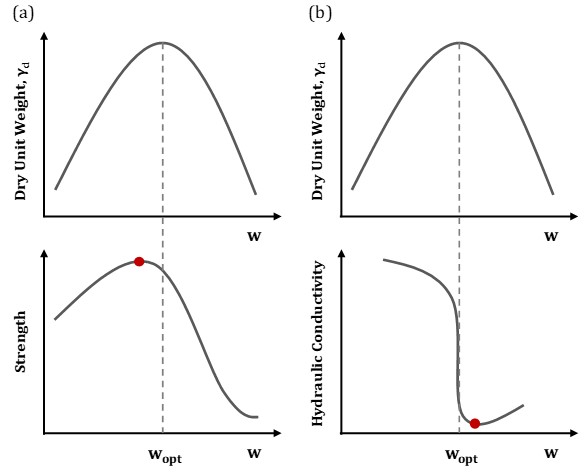 Figure 2: Effect of water content on soil a) strength, and b) hydraulic conductivity

The most common laboratory test for soil compaction is the Proctor compaction test.

The Proctor test was invented in the 1930s by R. R. Proctor, a field engineer for the Bureau of Waterworks and Supply, in Los Angeles, California. The process, which simulates the in-situ compaction processes typically performed during construction of earth dams or embankments, is the most common laboratory test conducted to derive the compressibility of soils.

The type of compaction and the provided energy for a given soil volume are standard and, thus, the test focuses on the change of a sample’s moisture content to derive the optimum water content (wopt).

The standard Proctor test includes a 0.95-liter volume cylindrical mold in which the soil mass is placed and compacted in 3 layers. Each layer is compressed by dropping 25 times a 2,5 kg weight falling from an elevation of 30 centimeters.

A modified version of the test was introduced after World War II, in the 1950’s, when heavy machinery could result in higher compaction. In the new approach, the cylindrical mold remains the same, however, the drop weight is increased to 4,5kg and the dropping height to 45 centimeters. In addition, the soil is compacted in 5 layers with 25 blows per layer.

The test is conducted for 5 moisture contents to obtain the optimum water content (wopt), for which the value of the dry unit weight is maximum (γd,max).

The equipment utilized to conduct the test includes:

Typical cylindrical compaction molds and rammers are shown in Figure 3. 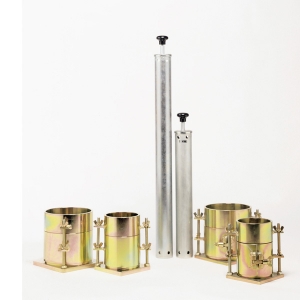 The procedure of the Proctor Compaction Test consists of the following steps:

First, the compaction water content (w) of the soil sample is calculated using the average of the three measurements obtained (top, middle and bottom part of the soil mass).

Subsequently, the dry unit weight (γd) is calculated as follows:

This procedure should be repeated for 4 more times, given that the selected water contents will be both lower and higher from the optimum. Ideally, the selected points should be well distributed with 1-2 of them close to the optimum moisture content.

The derived dry unit weights along with the corresponding water contents are plotted in a diagram along with the zero-voids curve, a line showing the dry unit weight correlation with the water content assuming that the soil is 100% saturated. No matter how much energy is provided to the sample, it is impossible to compact it beyond this curve. The zero-voids curve is calculated as follows:

γW = the saturated unit weight of the soil (kN/m3)

Typical curves derived from the Standard and Modified Proctor tests, as well as the zero air voids curve are presented in Figure 4. 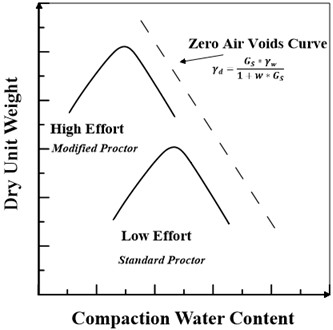 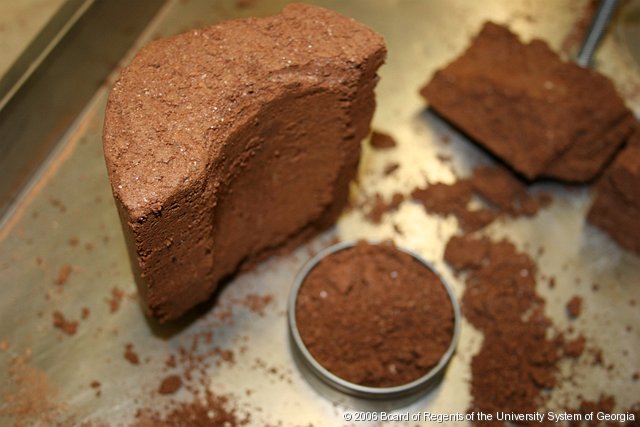 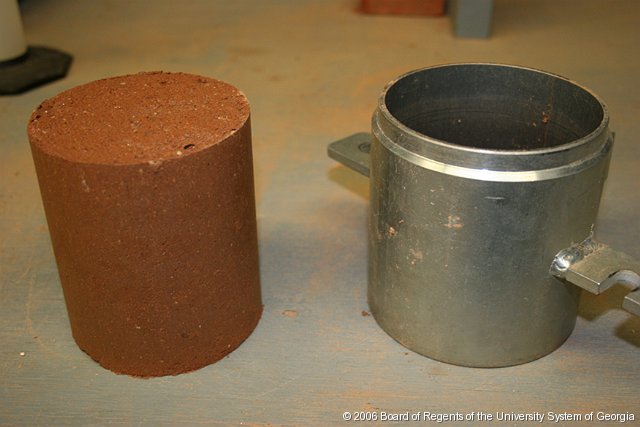 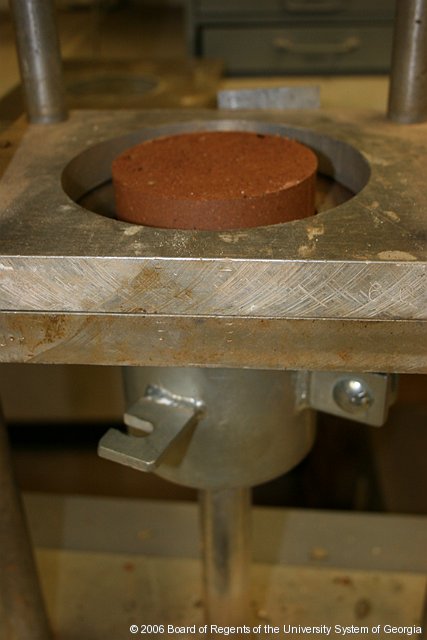 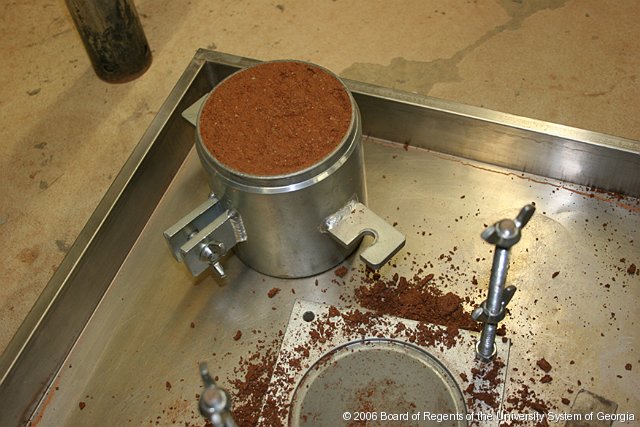 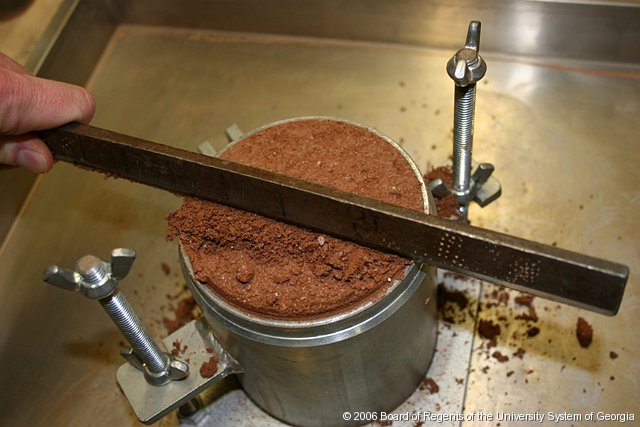 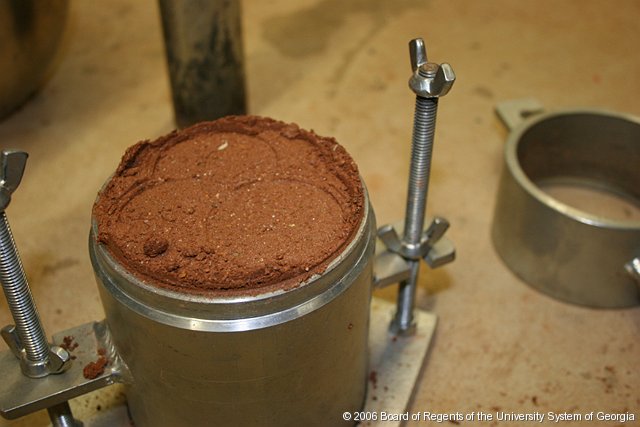 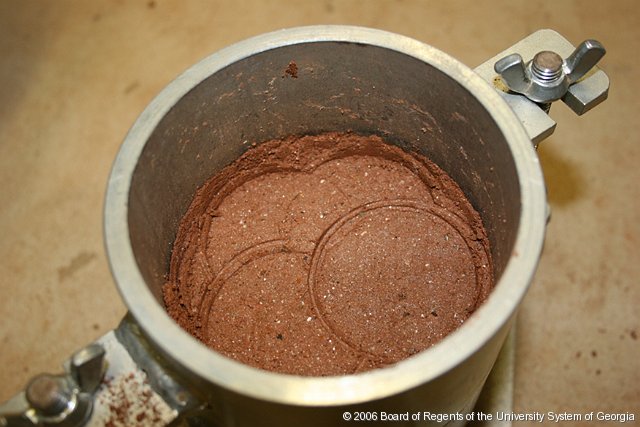 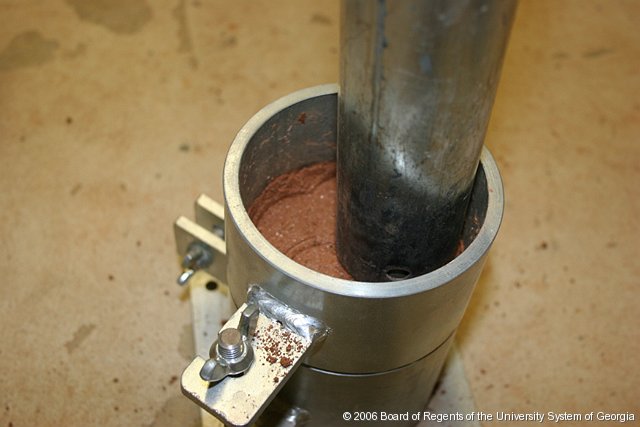 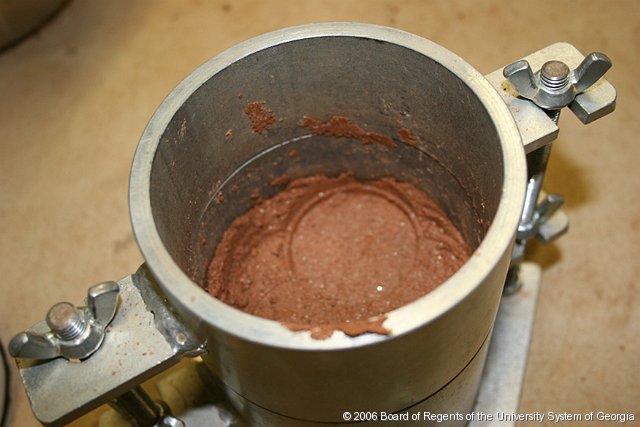 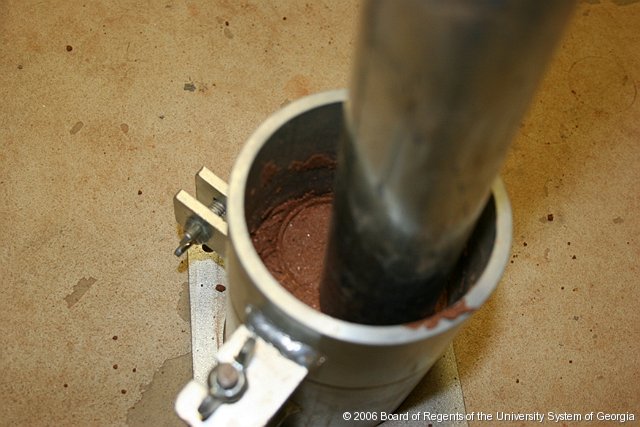 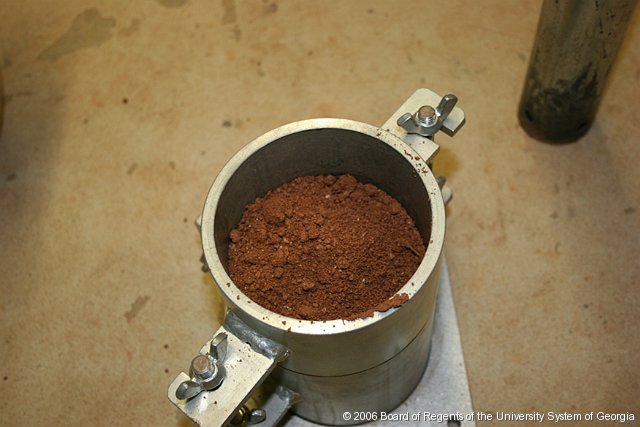 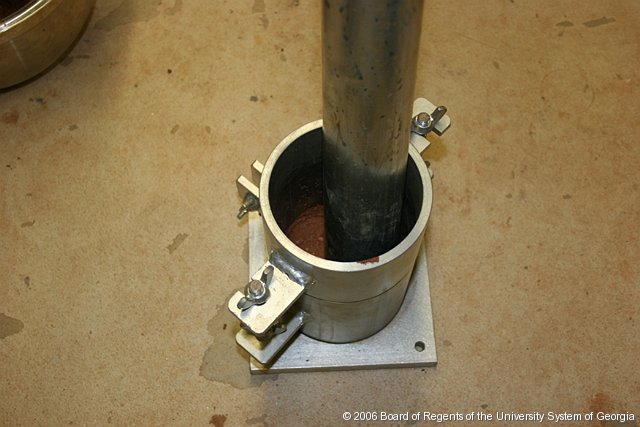 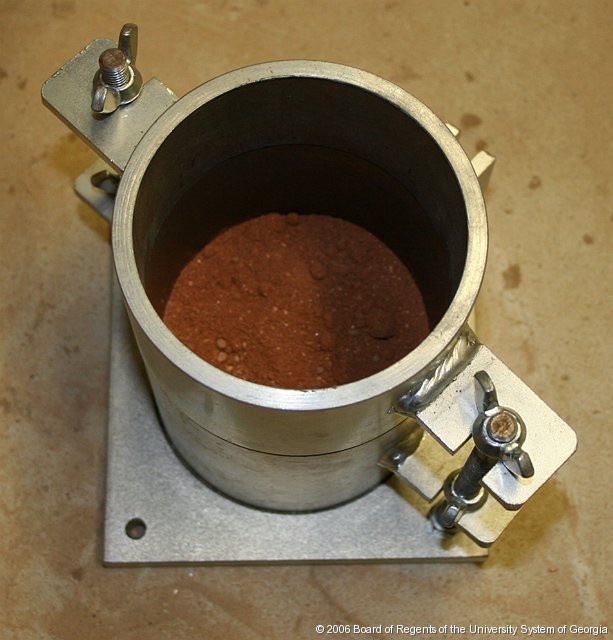 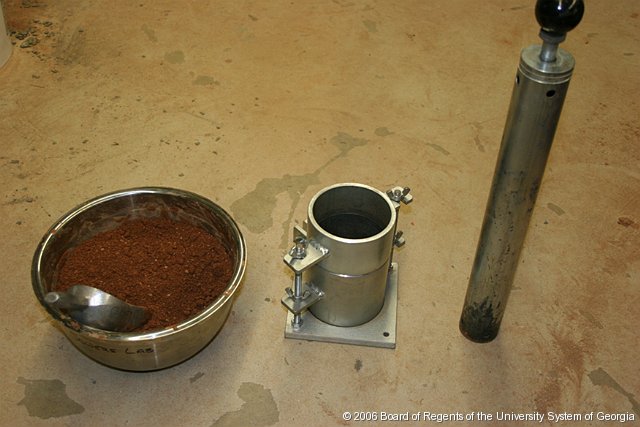 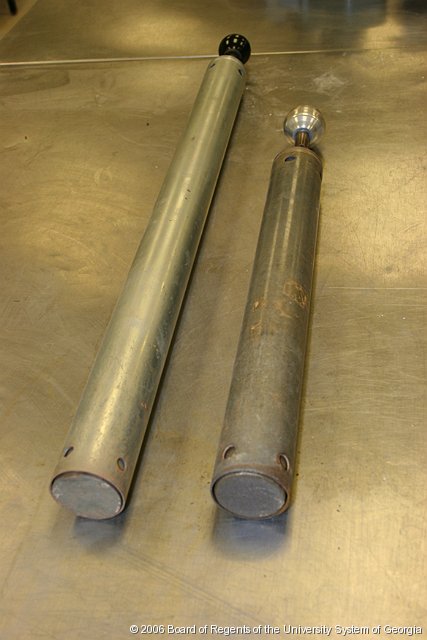 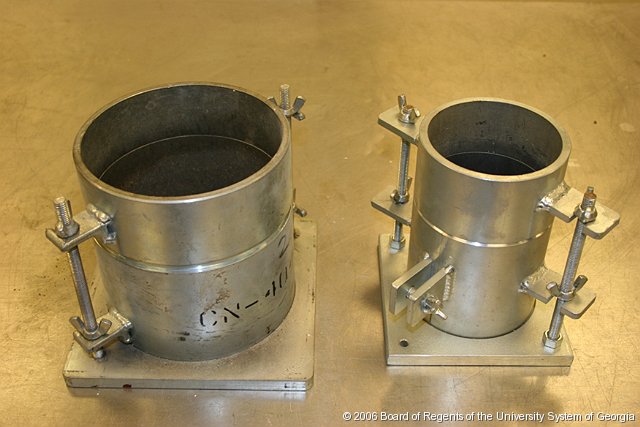 Take a look at NovoLAB developed by NovoTech Software