This paper provides an overview of the Mycenaean civil engineering projects with emphasis in geotechnical engineering. Archaeological findings and literature resources are used in this study. While there are difficulties in this approach, it becomes evident that the Mycenaean engineers were competent builders with extensive experience in geotechnical construction that included fortifications, roads, bridges, embankments as well as underground construction and tunnels. The method of construction for most of these projects is largely unknown but detailed study of the remains could yield useful information on the construction practices of this civilization.

IMPORTANT CONSIDERATIONS REGARDING THE AVAILABLE SOURCES OF INFORMATION

For the Mycenaean civilization specifically:

The scale and the variability in projects is impressive and suggest significant experience in construction.  Observations suggest that the construction techniques improved with time and adjusted to the available resources.

A more efficient method of construction probably existed than is currently assumed. This statement is based on the geomorphologic characteristics of the areas where the projects are located, the construction dates, the geographic distribution, the scale of the projects, the size of the construction materials etc. For example, it is commonly assumed that the Mycenaean walls were constructed using ramps (similar to the Egyptian pyramids). However, the geomorphic characteristics (located on a hill instead of a level surface), the existence of important structures nearby that would impede access, the size of the stones and the height at which they are placed suggest that an alternative, more efficient, method could have been used.

There are still important questions that need to be answered regarding the Mycenaean construction practices. The method of construction (constructability) of the Mycenaean infrastructure needs to be studied further by archaeologists with the support of engineers. 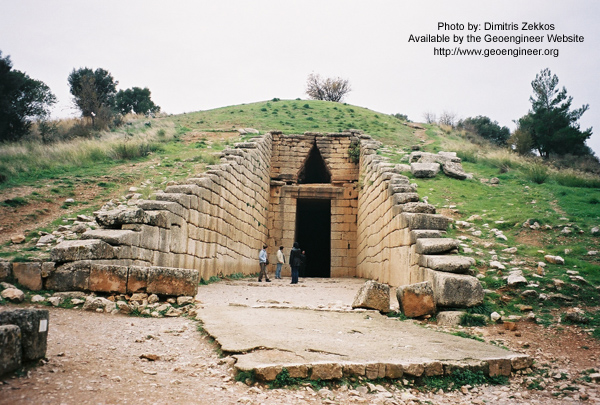 The treasury of Atreus: An application of the cut and cover method. 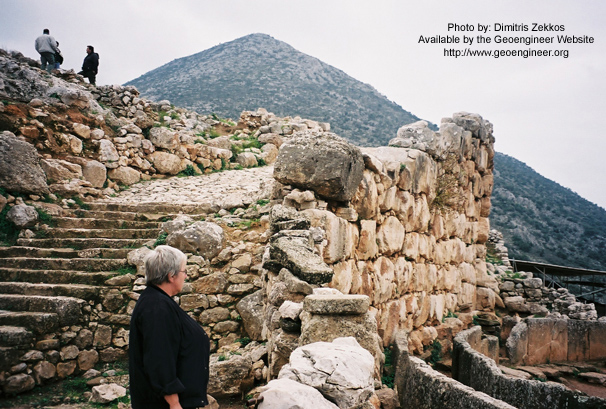 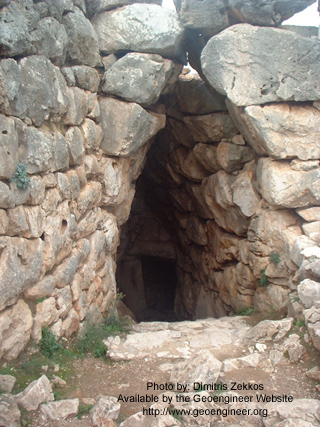 The entrance of the Mycenae tunnel. 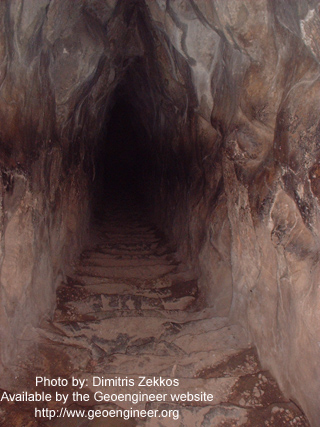 The interior of the Mycenae tunnel. 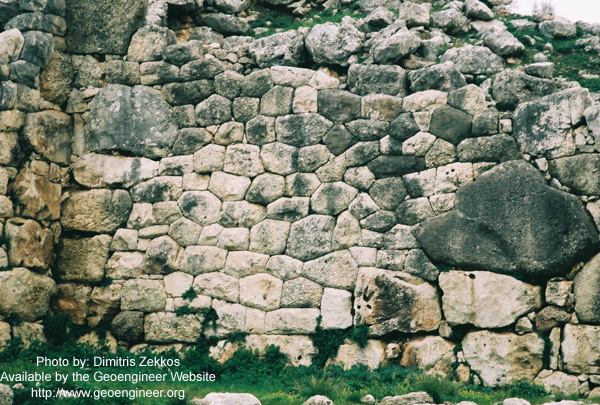 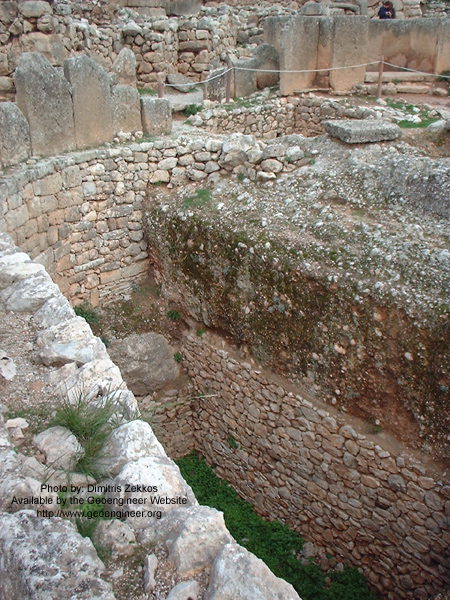 Grave circle A within the Mycenae fortress.