Hurricanes Irma and María were classified as category 5 hurricanes on the Saffir-Simpson hurricane wind scale before making landfall on the island of Puerto Rico (PR). María left the island of PR totally devastated due to its intense rainfall and strong winds. The National Weather Service recorded maximum sustained winds of 155 miles per hour. Hurricane Maria made landfall just south of Yabucoa, PR on September 20 at approximately 6:15 a.m. In various parts of PR, a total of 30 inches of rain in a period of 24-36 hours were observed. That is equivalent to the total amount that Houston received over a period of 72-hours after the passage of Hurricane Harvey. Winds were strong enough to destroy the National Oceanic and Atmospheric Administration Doppler’s radar located in Barrio Guavate, Cayey, PR, leaving the island with no reliable data about wind speeds and storm’s trajectory.  All the dams in PR performed well but the spillway of Guajataca earthdam's was destroyed due to the extreme intense rainfall, as shown in the pictures. A team of USACOE was deployed to the island on Oct/24 and after inspection they assured the government and the community that the earthdam was in no danger of collapse or failure. Almost 100 days after the hurricane hit PR, there are still communities isolated, with zero to very little access to potable drinking water and electricity services. 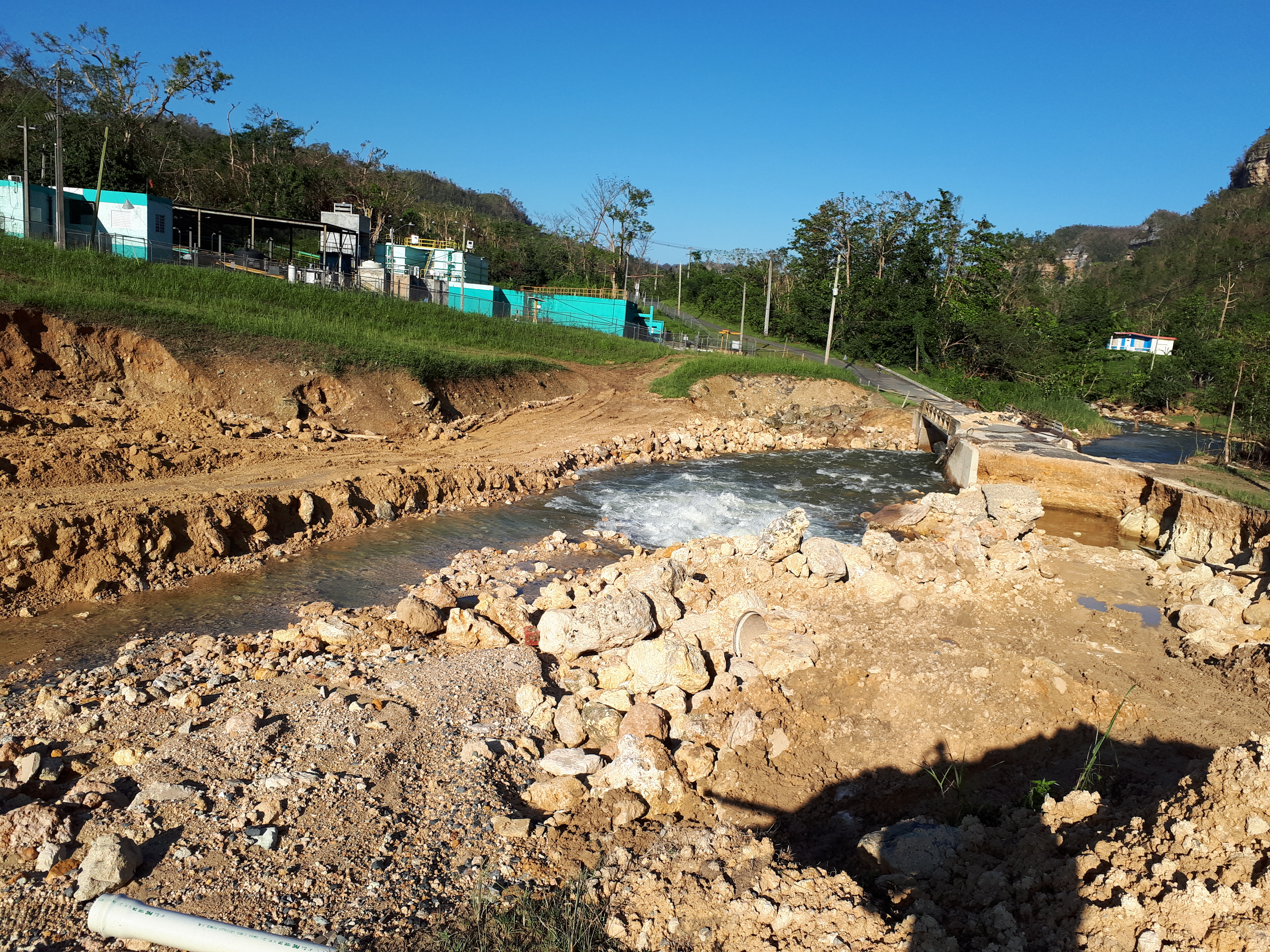 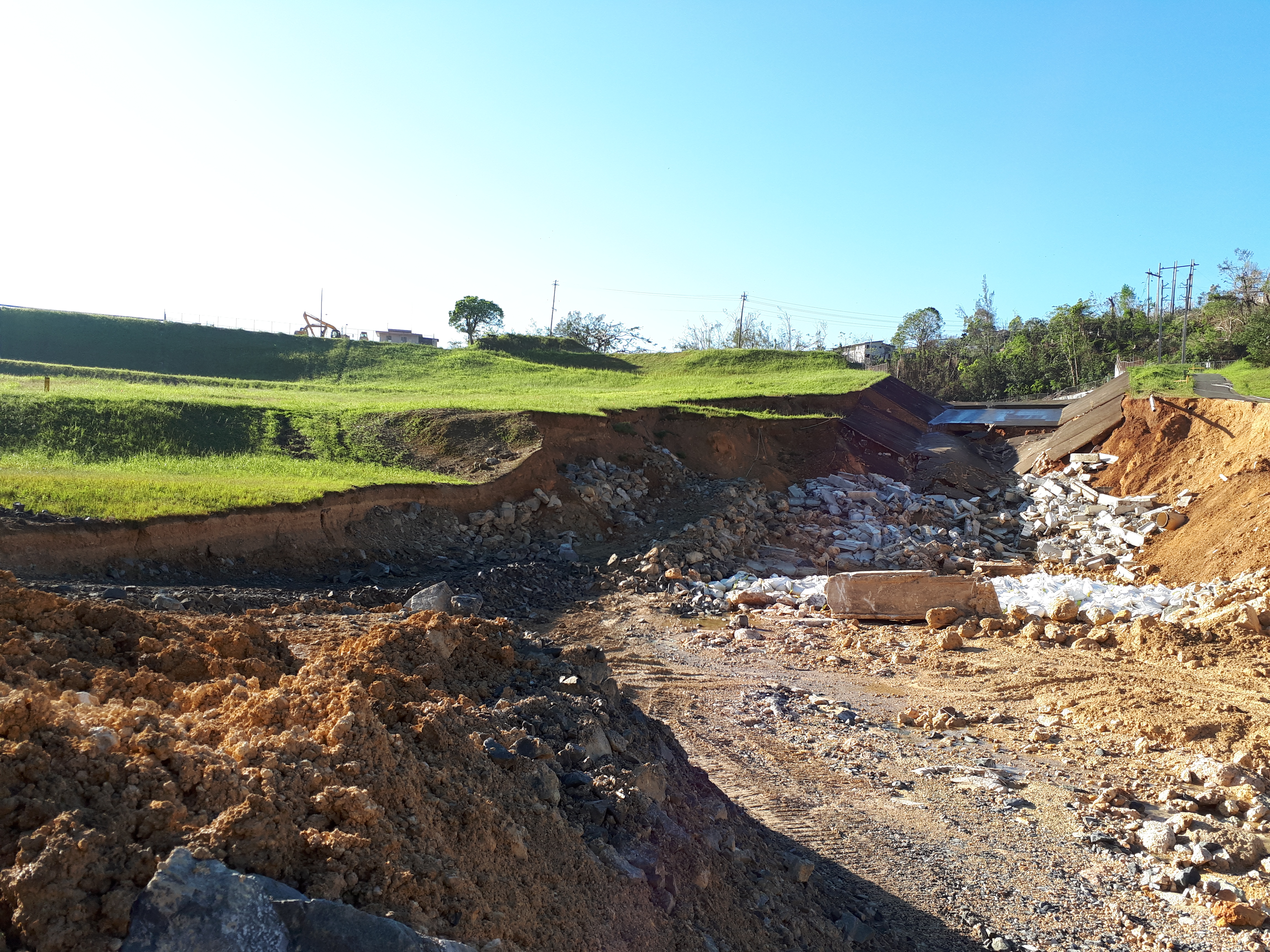 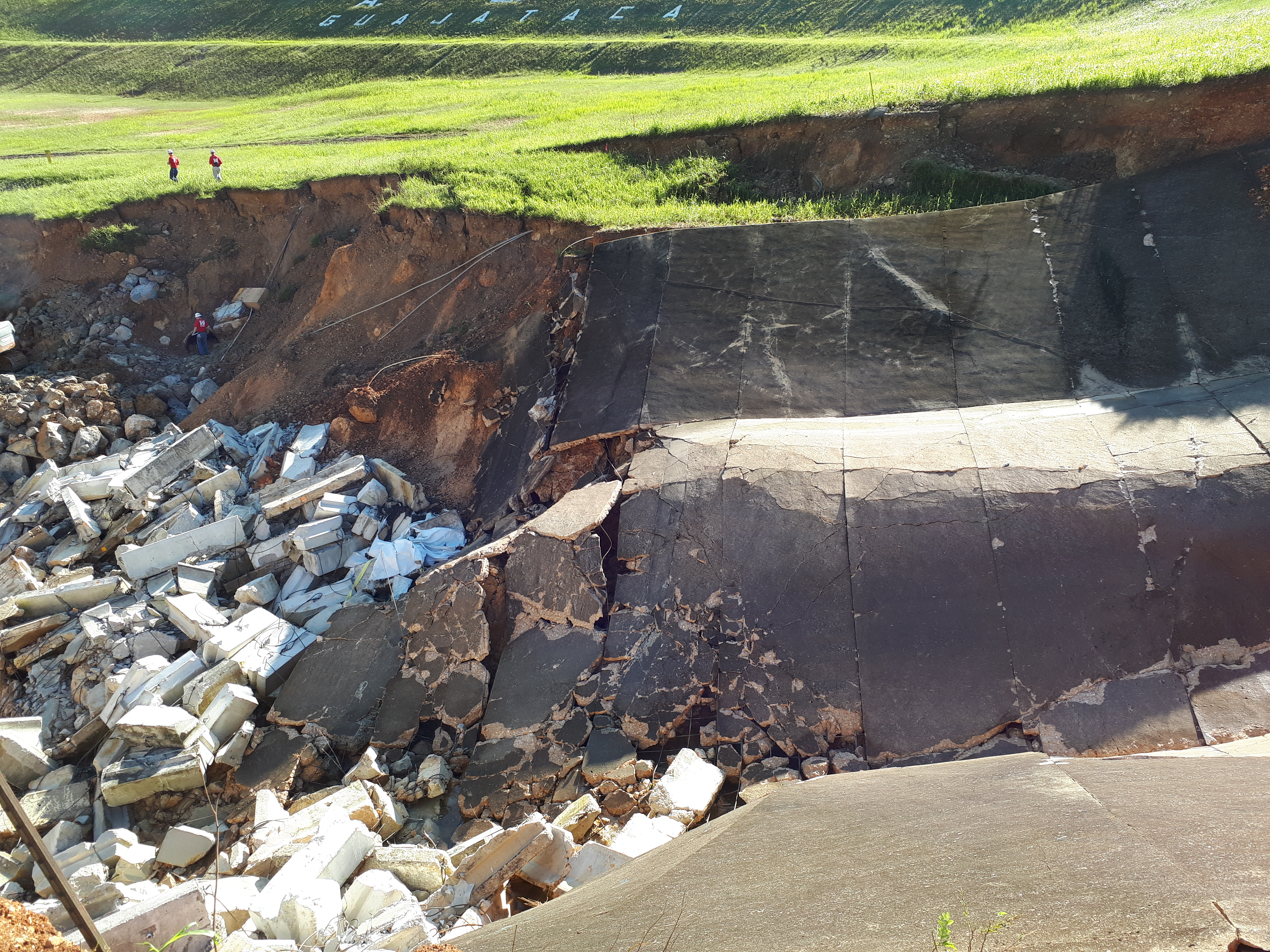 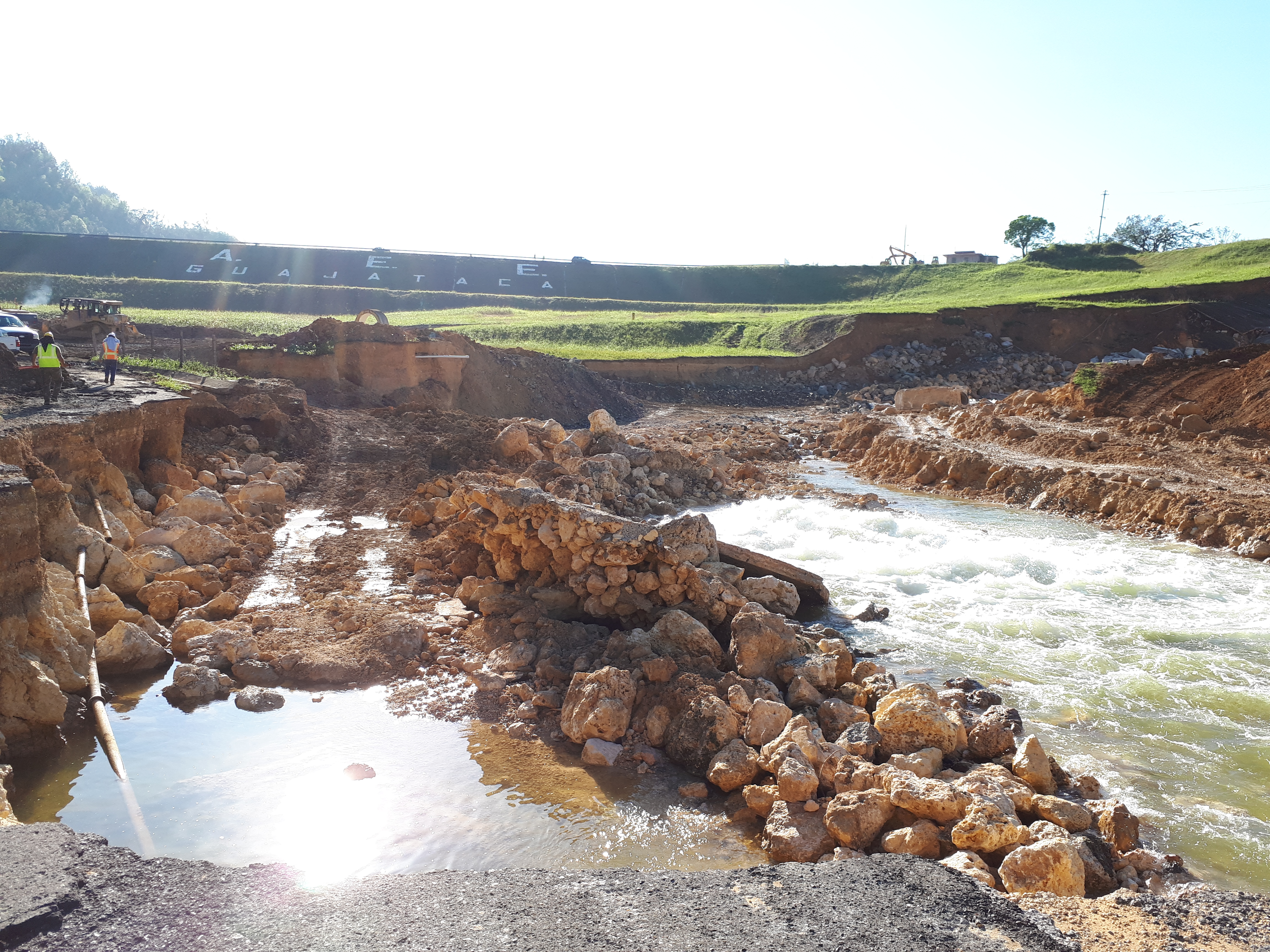 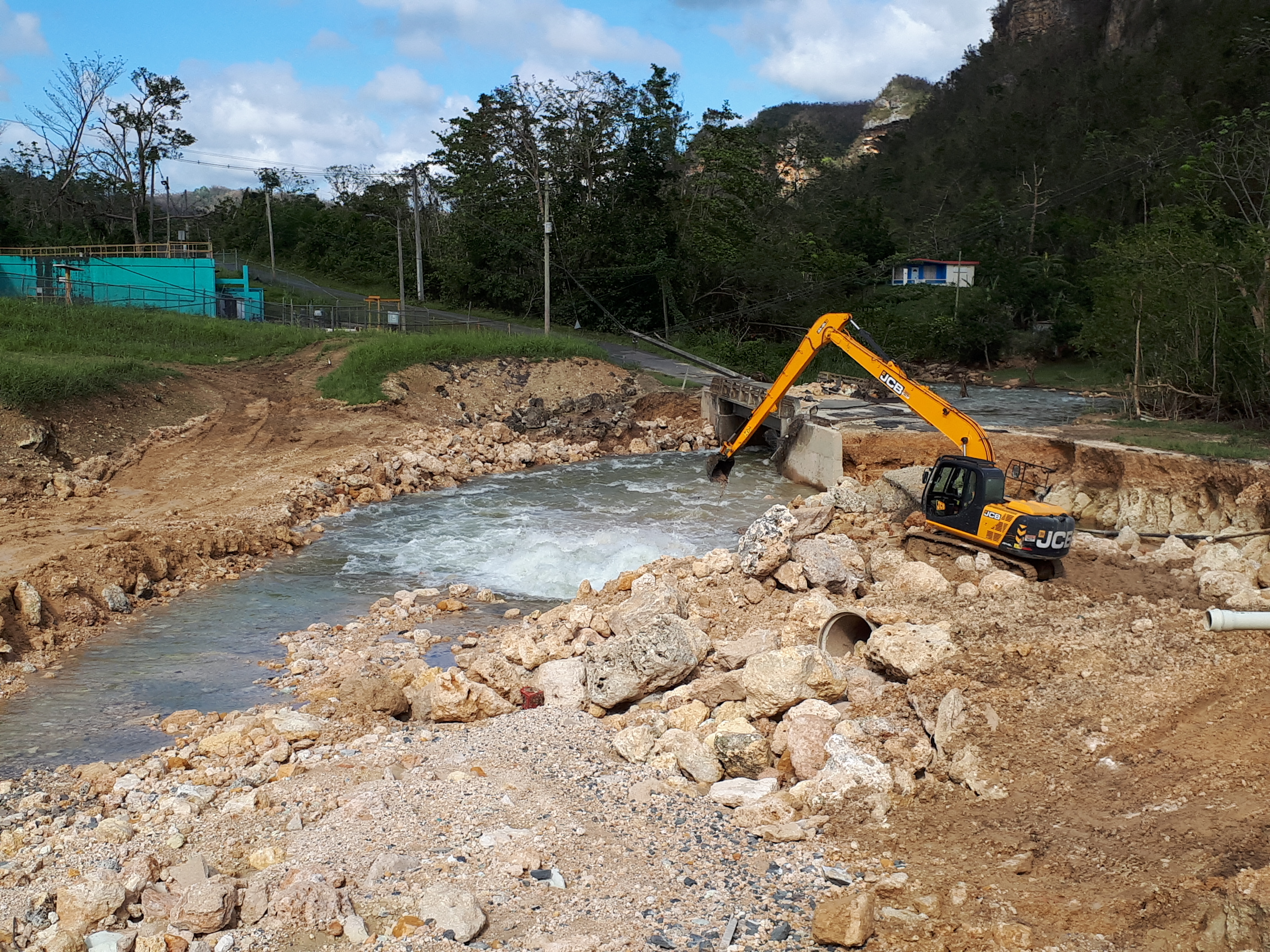 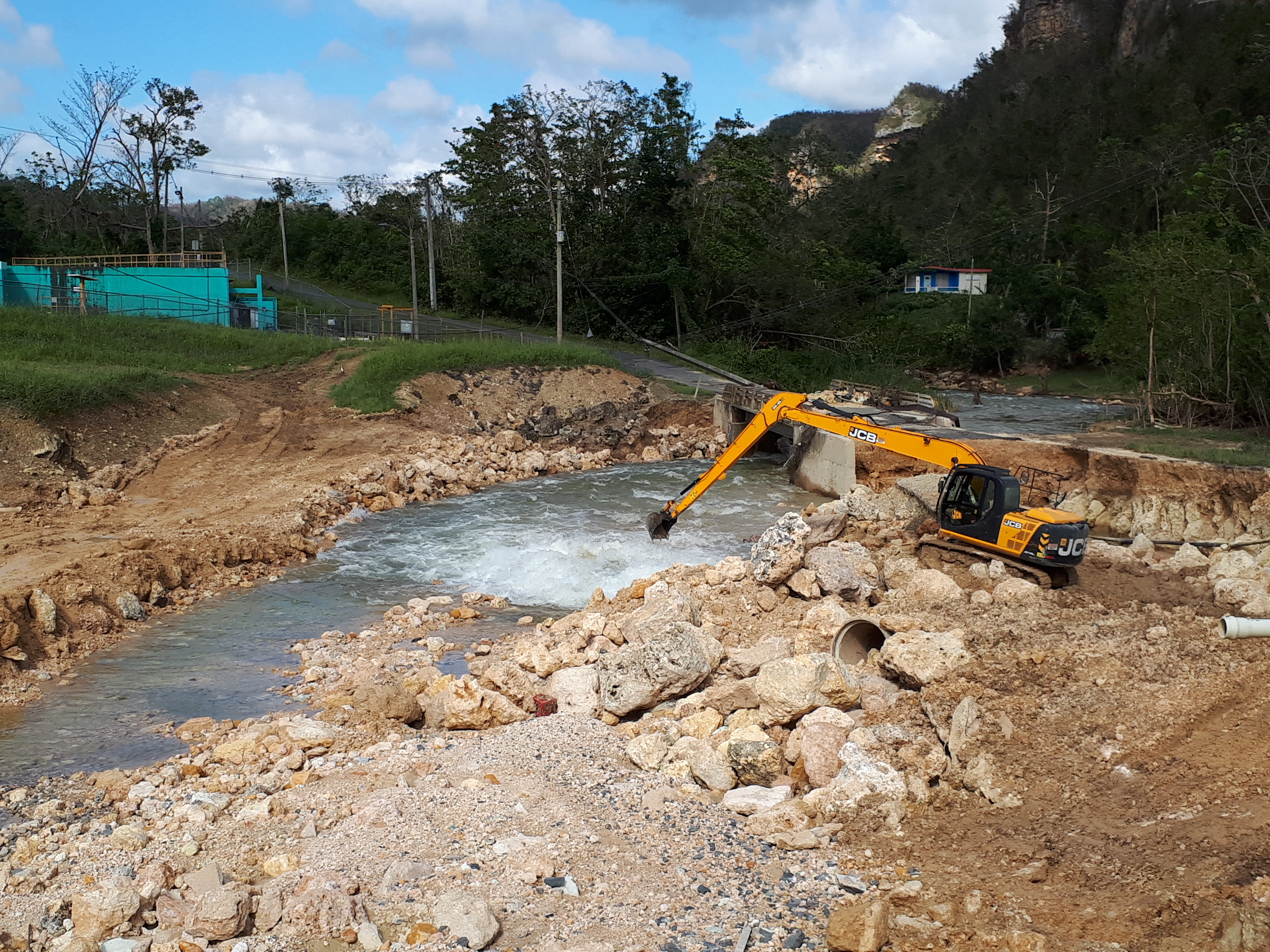 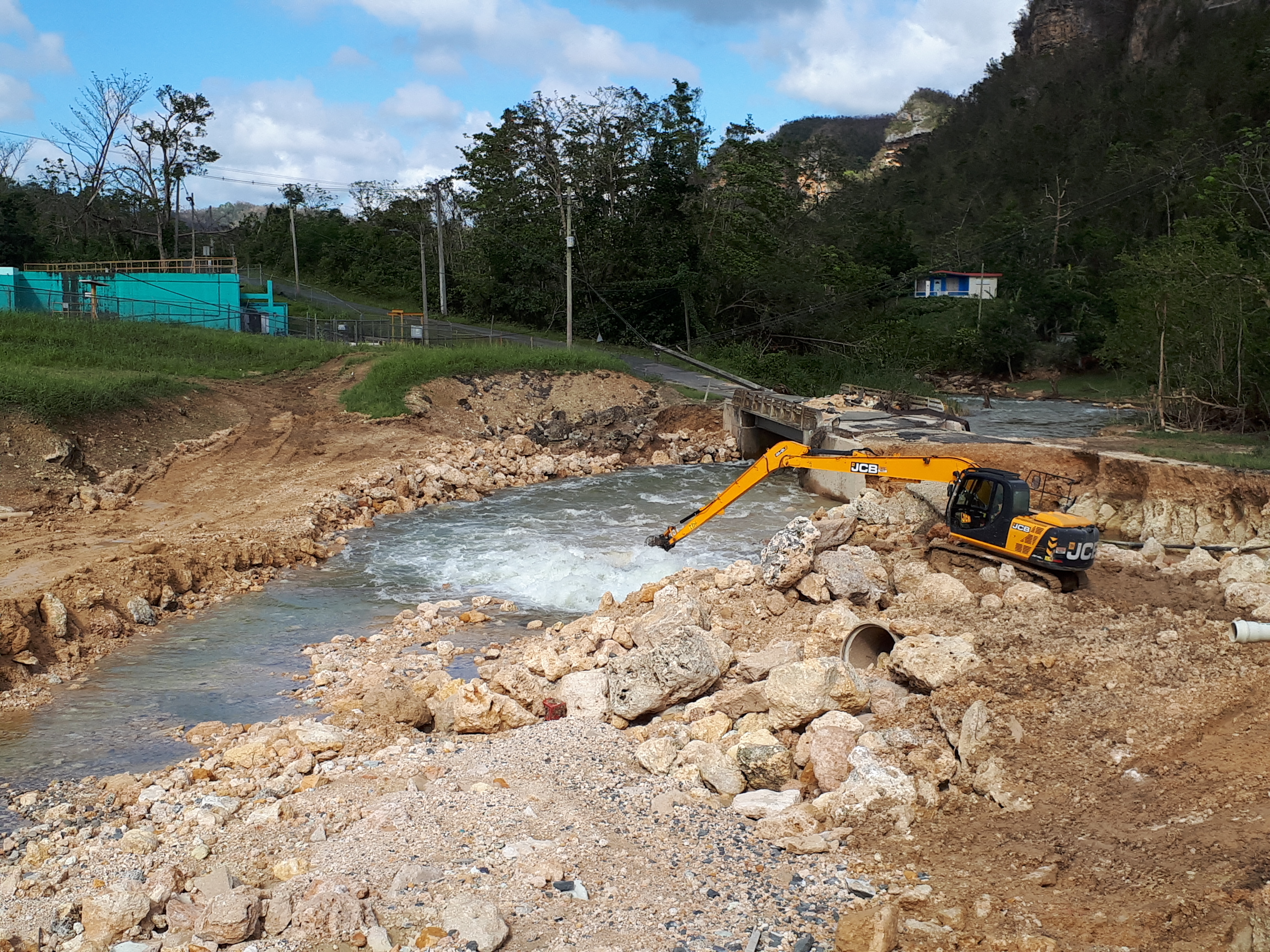 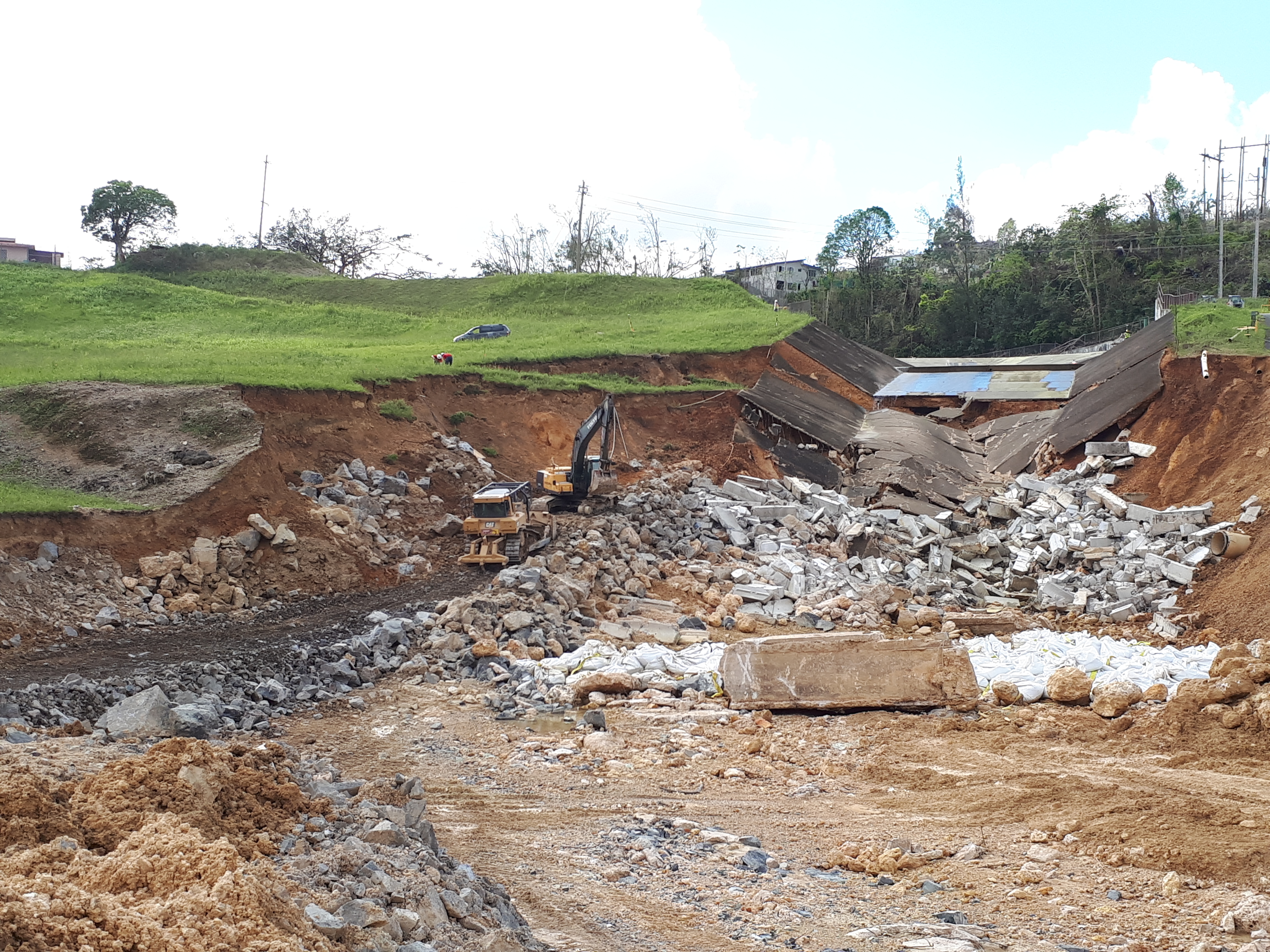 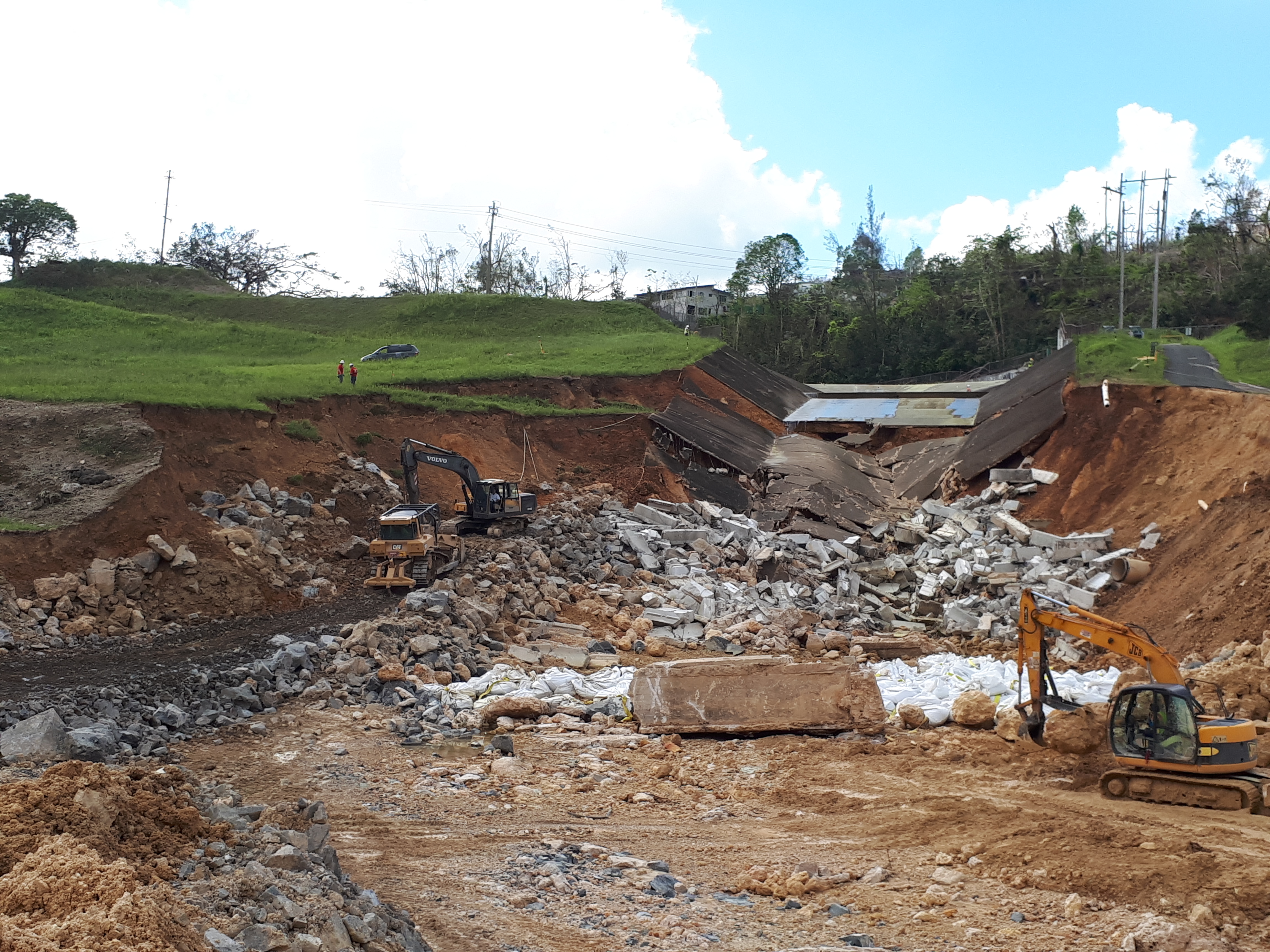 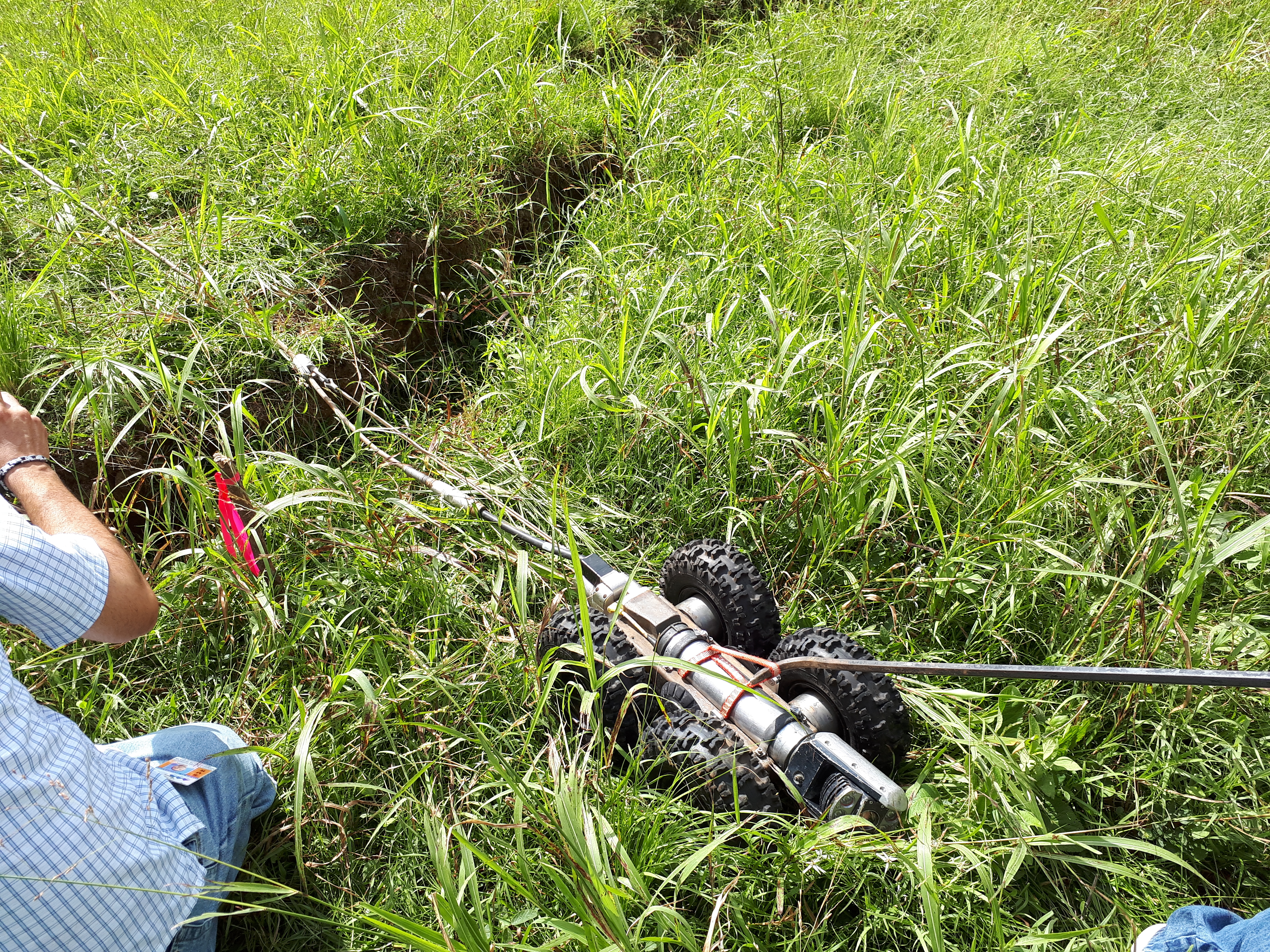 About 70,000 people in northwestern Puerto Rico were ordered to evacuate on Friday, September 21, af...

The construction of the first offshore wind farm has just started on US ground in Block Island , a s...

A new study investigates the combined effect of wind and earthquake forces to assess the dynamic be...

Back in August 2019, the Whaley bridge dam partially collapsed and officials evacuated a town in fe...

"Damrey" made landfall at southern Vietnam on Saturday, November 4, with winds of up to 90 km/h, kil...

How to manipulate windmills full power in a large wind farm

Oct, 01, 2019 I worked on this dam back in the day..80s.  It is unusual in the it has a sluiced clay core that is still liquid in the center. Then I recall later work on the spillway concerned with clay seams and stability.  It appears all the damage is just head cut erosion but it would be interesting to know if the weak clay seams helped the progressive nature of the damage.